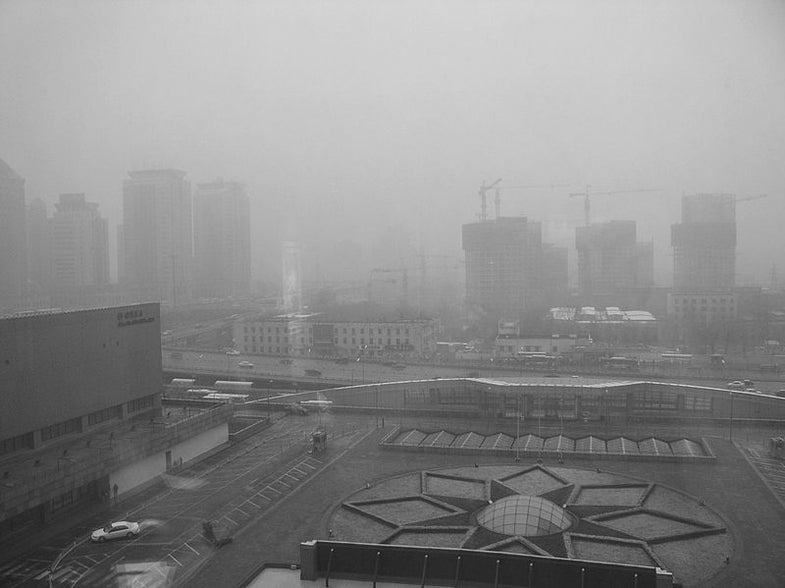 Today in truly odd jobs: China is apparently hiring “human sniffers” to act as living, breathing sensors to detect potentially unhealthy gases around waste and sewage treatment plants. In fact, Beijing has been doing this for years. China’s rapid urbanization in recent decades has resulted in the construction of many new treatment facilities for waste and sewage that can emit unhealthy and offensive vapors into the air, and the state has dealt with this via a small army of human smell detectors.

These “human sniffers” specialize. Some are trained to detect hazardous odors emanating from sewage treatment plants, others from farms or stockyards or municipal dumps. Technicians collect air samples from these places and bring them to the lab, where the olfactory experts (generally a panel of six) are each presented with three bags: one filled with the sample and two with normal clean air. They sniff each bag, the bag with the offending gas is then diluted, and they sniff all three again.

This process is repeated until the professional noses can’t discern which bag contains the fouled sample, and from the number of necessary dilutions the technicians can extrapolate the magnitude of their air quality problems. This data is then turned over to the environmental authorities. The sniffers generally go through eight samples a day in this way.

Why use humans rather than mechanical sensors? Humans, it appears, are actually more accurate than the machines, especially when it comes to evaluating how offensive a smell is to other humans. Their biological noses can pick up offending odors at low densities where machines cannot. And hey: in this stagnant global economy, a job is a job–even if it quite literally stinks.