FYI: What’s The Worst Pollutant In The World?

The most dangerous pollutant might not even be known yet. 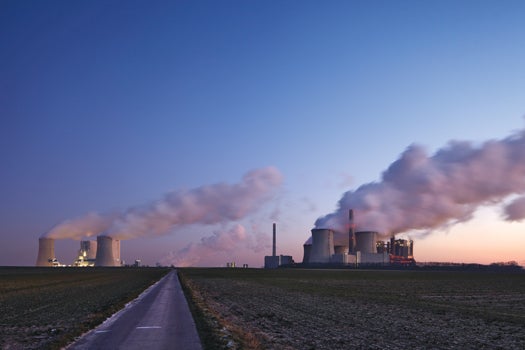 That really depends on how you define pollutant. For the purposes of this column, let’s put aside greenhouse gases and the eventual effects of climate change and focus on more tangible pollutants, starting with the ones that make their way from industry into communities nearby. A nonprofit group called the Blacksmith Institute reports on these at the end of every year. The group’s most recent study examined key pollutants at toxic sites in 49 countries and concluded that lead pollution from mining, smelting, and recycling (the latter often done from car batteries) accounted for the most pervasive risk to human health in 2012. The group estimates that lead affects at least 16 million people around the world.

Excessive lead exposure can lead to kidney problems, reduced IQ or learning disabilities, growth impairments, and nerve disorders. Acute poisoning may result in seizures and death. The only upside of environmental lead is that unlike, say, emissions of CO2, it may be on the wane. Many countries have already phased out leaded gasoline, and others are soon to follow. Old cathode ray tubes were full of lead, but we’re moving away from those as well.

Other old technologies continue to be a problem. The World Health Organization has found that almost two million people perish every year from the effects of indoor smoke—from burning coal or wood or dung inside the home. And Rick Hind, legislative director at Greenpeace, wonders whether the greatest risks might be those we don’t yet understand. There are 60,000 or 70,000 chemicals in commercial use, he explains, yet only about 200 have been thoroughly assessed by the EPA. “A very small percentage of the chemicals that we’re swimming in—in our air, our water, and our food—have been tested for all the things that they can do to us,” he says. That means the worst pollutant in the world may not yet be known.

Ask Us Anything
Climate Change
Pollution