Has Dark Matter Finally Been Detected On Earth?

For the past six years, the CDMS, the world’s most sensitive dark matter detector, sat deep beneath the Minnesotan countryside,... 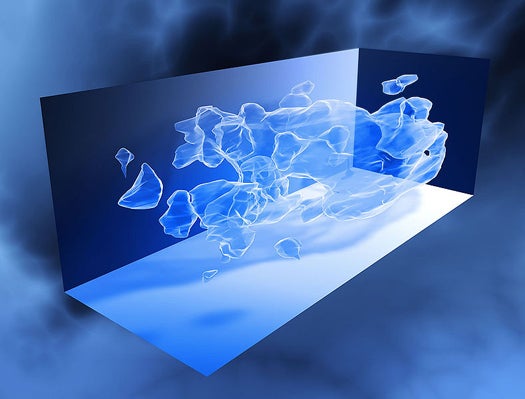 For the past six years, the CDMS, the world’s most sensitive dark matter detector, sat deep beneath the Minnesotan countryside, watching super-cooled Germanium crystals for evidence of material abundant in the Universe, but almost non-existent on Earth. Today, rumors are flying on the Web that the team has finally found the weakly interacting particles (WIMPs) that physicists have long searched for, which could be the key to understanding the fundamental makeup of the universe.

Dark matter, a substance that can’t be seen in space but contributes a gravitational pull strong enough to shape galaxies, has never been observed directly. Physicist believe that WIMPs, a theoretical class of particles 100 times heavier than protons, make up the majority of dark matter. The discovery and observation of WIMPs could lead to a rewriting of the most basic laws in both particle physics and astronomy. 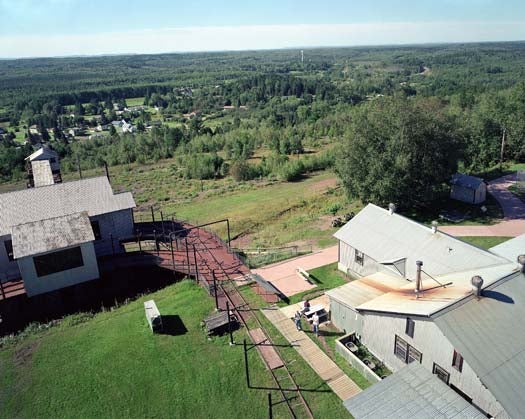 Searching for dark matter in Minnesota’s deepest iron mine

Today’s rumors started to spread after the blog Resonaances reported an embargoed physics paper due for publication in next week’s issue of the journal Nature [see update below]. Physics papers rarely appear in that journal, except to announce a new discovery. And with a paper coming out of the CDMS experiment, the natural inference is that the article will announce the discovery of dark matter.

However, Uwe Oberlack, the Chair of Space Physics at Rice University, told us that the potential discovery doesn’t represent a new event, so much as a new evaluation of old data.

Last year, an Italian detector called DAMA announced that it had discovered WIMPs, but through a different interaction than observed by the CDMS experiment. While the Italian claim came under attack from a number of different elements of the physics community, the idea of looking for WIMPs with this alternate reaction gained traction.

“There hasn’t been any dramatic improvement in the CDMS experiment. They’ve just been collecting data. You need to be very lucky to find a signal [with their sensitivity],” said Oberlack. “Instead, they’re probably looking different parts of their data for inelastic, not elastic, reactions.”

And even if the CDMS does find evidence of WIMP interaction in their old data, it hardly closes the book on dark matter. For one, WIMPs aren’t a single particle, but a class of particles, and no one knows how many different particle types, or behaviors, might make up the class. Additionally, some people believe that the phenomena called “dark matter” actually encompasses a range of particles and forces, of which WIMPs are only a part.

But most importantly, the CDMS experiment won’t mean a thing if it isn’t independently repeated and verified. Luckily, we might not have to wait that long for verification as an even more sensitive dark matter detector, the Xenon 100, goes online early next year.

Of course, we don’t know if the CDMS detected anything, as the paper remains under wraps until next week. However, any physics paper in Nature is certain to cover some very important science. So, check back next week to find out of if we’ve finally found evidence of dark matter, or if the CDMS researchers have something totally unexpected up their sleeves.

Update: Nature contacted the source of the initial rumor, the blog Resonaances [see the “Important update” at the bottom], flatly denying any upcoming paper published in their journal by the CDMS team. Which certainly deflates the claim of a major, peer-reviewed finding and makes an incremental development on pre-existing data far more likely, if anything.