For the First Time, Electrons are Observed Splitting into Smaller Quasi-Particles

We generally think of electrons as fundamental building blocks of atoms, elementary subatomic particles with no smaller components to speak... 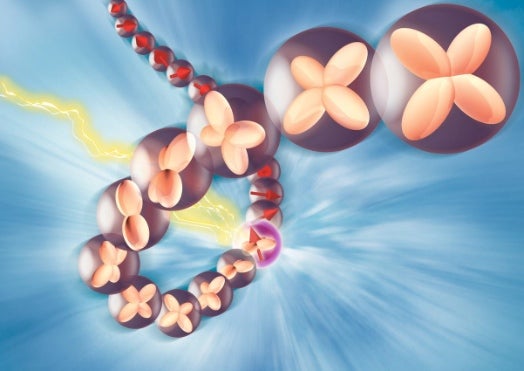 We generally think of electrons as fundamental building blocks of atoms, elementary subatomic particles with no smaller components to speak of. But according to Swiss and German researchers reporting in Nature this week, we are wrong to think so. For the first time, the researchers have recorded an observation of an electron splitting into two different quasi-particles, each taking different characteristics of the original electron with it.

Spin and orbit are–at least as our basic understanding goes–attached to each particular electron. So the fact that they have been separated is pretty significant. And while researchers have thought for a while that this kind of separation could be theoretically achieved, they’ve had a hard time proving it empirically until now. It’s a reminder that at the quantum level there are still things that more or less mystify us.

But that’s not all it is. This particular observation of an electron splitting could have big-time implications in the field of high-temperature superconductivity. Understanding the way electrons can decay into quasi-particles could improve our overall understanding of the electron and how it moves, and thus help us figure out new ways of moving electrons–or electricity–around in bulk without losing large amounts of it as waste.