After years of playing such numbers extremely close to the vest, Google today released figures spelling out exactly how much... 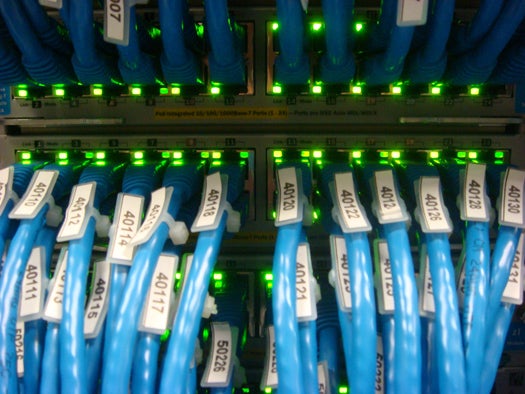 After years of playing such numbers extremely close to the vest, Google today released figures spelling out exactly how much electricity the company’s massive computing resources consume. Its data centers continuously draw 260 million watts–roughly a quarter the output of a nuclear power plant, says the NYT–to keep services like Gmail, search, Google Ads, and YouTube up and running around the clock and around the globe.

How does that translate? Google also estimated that its total carbon emissions for 2010 were just below 1.5 million metric tons. Not all of Google’s electricity comes from carbon resources–a quarter comes from renewable fuels like wind, thanks to some deals the company has made with utilities–but that’s still some decent tonnage.

Still, Google argues that its consumption really isn’t so bad. Its data centers carry out billions of operations–a billion searches per day alone–and many of those save fuel. Google searches save trips to the library or the travel agent, for instance, offsetting the power consumed by its processing farms. And when you break it down it’s not so bad, considering the vast numbers of people using Google’s services. The company said an average user consumes just 180-watt hours per month, which roughly equates to running a 60-watt light bulb for three hours.

And how does that power usage break down? Google apparently didn’t detail every last watt, but it did say that search queries only burn 12.5 million of those 260 million watts. As for the other quarter billion, it’s probably a pretty even split between Gchat and Rebecca Black.