FYI: What Is The Most Dangerous Piece Of Laboratory Equipment?

Consider the autoclave, which scientists use to sterilize tools and which issues scalding steam to do so. Or consider the... 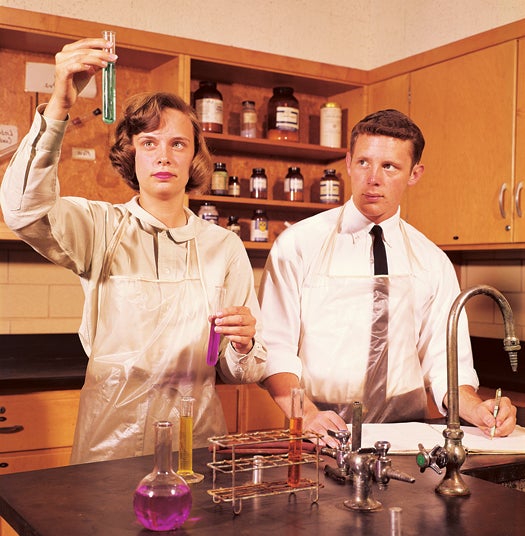 Consider the autoclave, which scientists use to sterilize tools and which issues scalding steam to do so. Or consider the heat gun, which is used to dry glassware and to warm distillation devices. It can also ignite anything flammable that gets too close. Glass containers in a vacuum can implode, spraying shards everywhere. Centrifuge rotors can fail, causing explosions that throw shock waves throughout a lab filled with chemicals. Steel vessels built to contain liquids and gases at hundreds of pounds of pressure per square inch can rupture, hurling metal at lab workers. Yet none of these instruments is nearly as dangerous as the only thing found in every single laboratory on earth: us.

When lab accidents result in death or serious injury, human error is usually to blame. In 1997, Elizabeth Griffin, a 22-year-old primate researcher at Emory University, wasn’t wearing goggles when a rhesus monkey flung feces into her eyes. She died of complications from herpes B six weeks later. In 1996, chemistry professor Karen Wetterhahn inadvertently dribbled some dimethylmercury onto her gloved hand during a routine transfer in a Dartmouth College lab. It seeped through her glove and, 10 months later, she died of mercury poisoning. And in 2009, Sheharbano Sangji, a 23-year-old lab assistant at the University of California at Los Angeles, wasn’t wearing the required flame-resistant lab coat and died from burns after a chemical fire ignited her sweater.

All these accidents, you may have noticed, occurred at schools. James Kaufman, president of the nonprofit Laboratory Safety Institute, says that the rate of lab accidents at schools and colleges is up to 100 times that in the chemical industry. Although educational labs are far more dangerous, the exact number of accidents is impossible to know. The U.S. Bureau of Labor Statistics only records accidents in professional labs. While Dow, DuPont and other chemical manufacturers enforce rigorous safety programs, the safety policies at universities are often communicated to lab workers through anecdotes and unsystematic verbal warnings. And school labs are full of inexperienced workers: students. After Michele Dufault asphyxiated in a Yale University machine shop the night of April 12, speculation centered on the safety precautions taken by the undergrad. Working alone, she was strangled when her hair caught in a lathe.

The routine tasks that killed Griffin, Wetterhahn, Sangji and Dufault are actually statistically more dangerous than the supercolliders or the biosafety-level-4 hazards that cannot be handled without moonsuits. Part of the reason is that fewer people are exposed. Just as important, the more dangerous the equipment at a lab is, the more exhaustive the safety program. At the Integrated Research Facility at Fort Detrick, Maryland, researchers wear sealed biohazard suits and take decontamination showers lasting seven minutes. Automated air systems ensure that potentially contaminated air cannot escape the rooms that house the Ebola and Marburg viruses. Reminders of the extreme danger are ever present, so scientists never get too comfortable. Gigi Gronvall, an immunologist at the University of Pittsburgh’s Center for Biosecurity, says that “the most dangerous thing is human error, and the highest containment labs are much less likely to have it.”