FYI: When Will We Evolve Out Of Our Useless Appendages?

Never. We’re probably stuck with our appendix, pinky toes, tailbone and just about all of our other evolutionary holdovers. Wisdom... 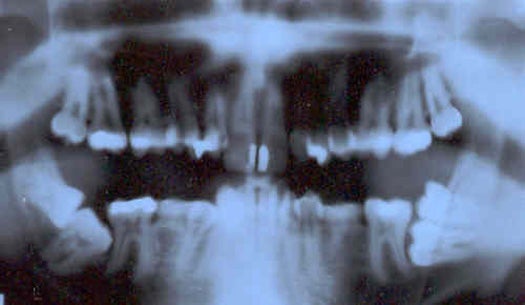 Never. We’re probably stuck with our appendix, pinky toes, tailbone and just about all of our other evolutionary holdovers. Wisdom teeth may eventually go, but major changes like losing an appendage (teeth included) take millions and millions of years — who knows if humans will even be around that long. What’s more, most of our seemingly useless vestiges are actually helpful.

The coccyx, or tailbone, “is an attachment point of a number of muscles at the pelvis. We need it for upright locomotion. It would be catastrophic if it went away,” says Kenneth Saladin, an anatomist and physiologist at Georgia College and State University. The appendix, which helped our distant ancestors digest grass, has slowly evolved to take on a new purpose. Research led by William Parker and R. Randall Bollinger of Duke University has shown that the appendix now serves as a kind of “safe house” for the microbes that aid in digestion. “Each of us has 900 to 1,600 species of bacteria in our gut to make sure we have a healthy immune system,” says Stephen Stearns, an evolutionary-biology professor at Yale University. “If one takes over, or they all get flushed out by a disease, then the appendix works like a holding tank for the good bacteria.” Even the pinky toe helps keep our balance and diffuses impact throughout the foot when we run.

There are only a handful of truly useless parts of our body, but these are hanging on too. As Saladin puts it, “since vestiges like the muscles behind our ears have very little impact on reproductive success, there’s no way to select against them.” In other words, the ability to earwiggle doesn’t interfere with having kids. Wisdom teeth were, like the appendix, good when we were eating lots of plants, but today only about 5 percent of us have jaws large enough for these extra molars. “Wisdom teeth are probably on their way out,” Stearns says, “but it will take a long time.”

The silliest of all vestiges is the male nipple. “Those don’t have a function,” Stearns says, “but they won’t disappear either.” All embryos, male and female, begin developing according to the female body plan. Only around the sixth week of gestation do the genes on males’ Y chromosomes kick in. “The basic developmental plan has the two nipples there, so you can’t get rid of them genetically because that would mess up the breasts of females.” And nobody wants that.