Why Won’t Bullfrogs Jump For Science?

How a Mark Twain festival is helping researchers learn about frogs 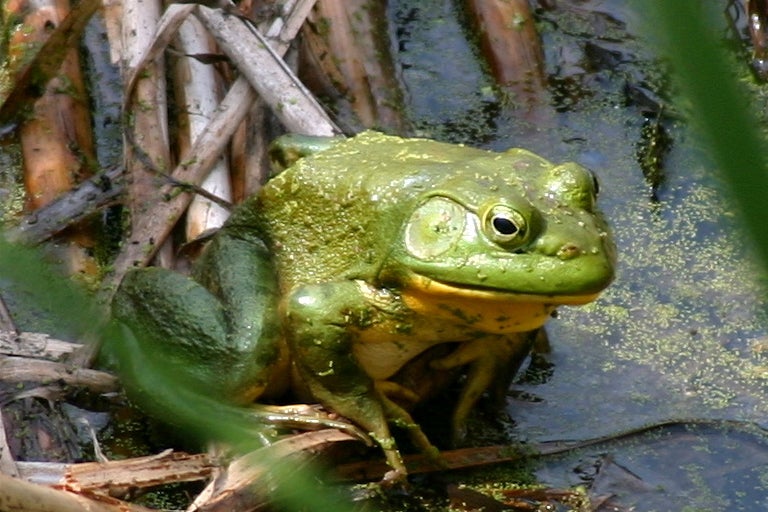 The single best jump ever recorded by a laboratory bullfrog is 1.3 meters. Cuban tree frogs, on the other hand, can leap up to 1.7 meters. Scientists have previously explained this variation in maximum jump ability between different frogs as an evolutionary tradeoff: Bullfrogs can swim better. But what if the lab frogs were just faking it? A group of biologists at Brown University and Northeastern University wondered—how can the maximum jump distance of a bullfrog recorded in the scientific literature be so low, when a slightly less scientific source, the Guinness Book of World Records, puts a famed frog named “Rosie the Ribeter” as jumping at least 2 meters?

To see whether frogs in the lab were really giving it their all, the researchers took a jaunt to the Calaveras County Jumping Frog Jubilee, a four-day contest held every May in California. Inspired by the short story that launched Mark Twain’s writing career, “The Celebrated Jumping Frog of Calaveras County,” this festival was where Rosie had made her record jump.

They videoed 3,124 bullfrogs jumps over the course of the Jubilee, separating the frogs into two categories: rental frogs provided by the fair to amateurs, and those caught and jumped by professional frog jockeys. For indeed, the contest is BYO-frog, and many contestants work “in family groups that have passed down frog jumping secrets through generations of competition,” as the study’s authors noted. “These teams collected frogs from specific sites and pre-screened them for jump ability, then maintained, prepared and stimulated the frogs to jump using methods gleaned from trial-and-error experience,” they write. Contestants got the most out of their frog by “touching the frog, blowing on it, lunging towards it, or combinations thereof, although contact with the frog is forbidden after the first jump.” (The contest records three jumps per frog.) 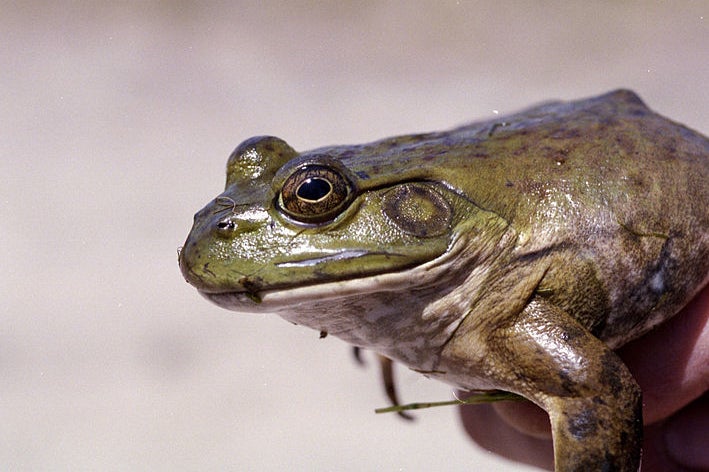 Of those 3,124 jumps, more than half, 58 percent, were greater than the maximum jump distance seen in the lab. The longest jump they observed was 2.2 meters, far greater than the 1.3 meter max described in the literature. And being a professional did make a difference. Despite the fact that most of the professional frogs came from the same river delta where the rental frogs were caught and appeared to be of the same size and build, the professionals out-jumped the rentals in pretty much every way, including significantly greater distance and takeoff velocity.

Part of the reason for this likely lies in the fact that professional frog jockeys pre-screen the frogs they catch for jumping ability. They also keep the animals in a carefully regulated environment before the contest, aiming to keep their bodies at 29 degrees Celsius. And the jockeys all used sort of the same tactics: “professional frog jockeys employed a very stereotyped sequence of actions, including rubbing the frog’s legs, dropping the frog onto the jump pad from a short height, and lunging after the escaping frog head-first.”

Based on these findings, it’s likely that many lab-based studies on the maximum performances of animals aren’t revealing the animals’ true potential. They might not have a great enough sample size, or might not take into account factors like the prime temperature for jumping. Or they might not scare the frogs enough to jump their highest. “Future work on maximal performance should examine the effects of optimal and sub-optimal conditions and experiment extensively with methods of motivating the animals, as well as ensuring adequate sample size,” the researchers write. Scientists, try to think more like frog jockeys.

The study appears in The Journal of Experimental Biology.