Making Something From Nothing: Researchers Find That Matter Can Be Conjured from a Vacuum

It is often said that you can’t get something for nothing, but a handful of scientists from the University of... 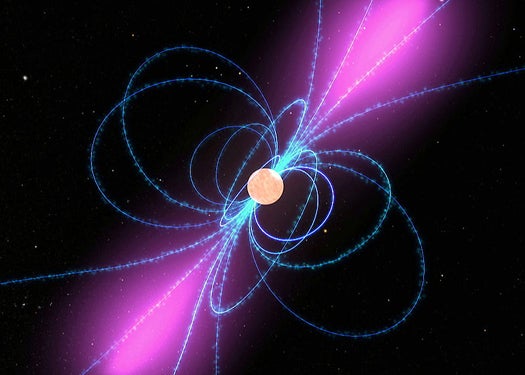 It is often said that you can’t get something for nothing, but a handful of scientists from the University of Michigan would beg to differ. Theoretically speaking, they say, you can conjure particles from a vacuum under the right conditions. All you need is an ultra-high-intensity laser, a particle accelerator, and an open mind about what exactly “nothing” is (hint: it’s something).

The first step in understanding their line of thinking is to change the way you look at a vacuum; rather than being an empty void, they say, a vacuum is a balanced combination of matter and antimatter, or particles and antiparticles. These particles have tremendous density but we cannot observe them, for their observable characteristics cancel each other out.

The researchers have devised a set of equations that suggest a high-energy laser pulse can rip apart the nothingness of a vacuum, turning it into its constituent particles and antiparticles and setting off a chain reaction that actually generates additional matter-antimatter pairs.

How? When matter and antimatter annihilate each other, gamma photons are produced, and these high-energy particles of light can produce additional electrons and positrons (positrons being the antimatter foil to electrons). But that’s not the whole trick. In a strong laser field, these electrons produced from matter-antimatter annihilation can become a combination of three other particles plus a number of photons.

This is where you can get bogged down in the physics, but essentially their math says that from a void one can produce electrons and those electrons can be coaxed into becoming a number of other particles, and when it’s all said you have more particles than you started with (because you started with a vacuum). The researchers think this happens in nature near pulsars and neutron stars. Something for nothing. Your Dad was wrong: there is a (theoretical) free lunch after all.