Your Guide To Eco-Friendly Birth Control

So you’re having safe sex. Good for you! But is your contraceptive safe for the environment? Here is some information... 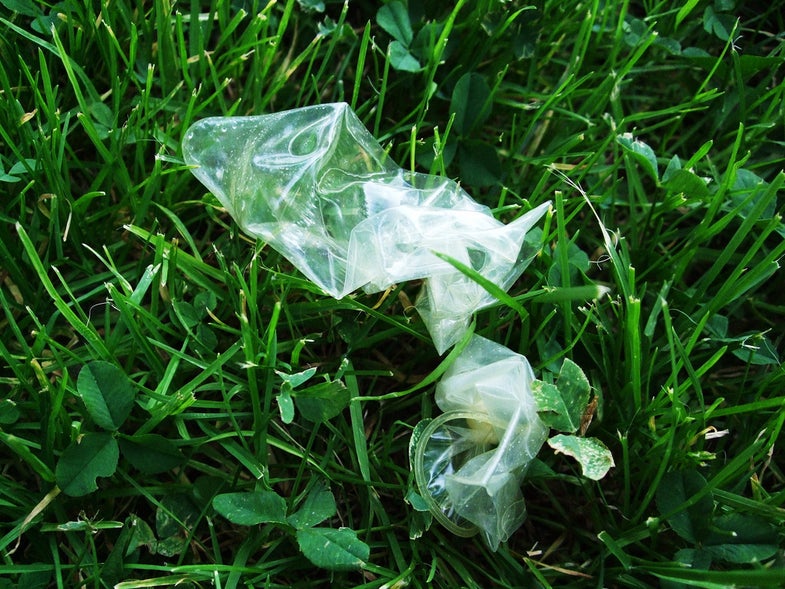 So you’re having safe sex. Good for you! But is your contraceptive safe for the environment? Here is some information about the environmental impacts of a few of the most popular non-permanent forms of birth control in the U.S. Note that sterilization is not included because it is permanent (but it’s also pretty green).

Oral contraceptives are the most popular type of birth control, used by about 17 percent of U.S. women ages 15-44 — 11 million women. When a woman takes a birth control pill (or other hormonal types of birth control, such as the ring, patch, or implant), it releases synthetic forms of the hormones estrogen and progestin, which stop the ovaries from releasing an egg and impedes the development of the uterine lining, where a fertilized egg could attach and grow. There is an environmental impact when women excrete this excess estrogen in their urine, which in turn flows into the water supply. Drinking these waterborne hormones can not only affect humans, but also aquatic and amphibious animals, causing them to produce infertile or intersex offspring. In one 2004 study conducted in the Seine River outside of Paris, synthetic estrogen from hormonal contraceptives accounted for 35 to 50 percent of the estrogen in the river. Synthetic hormones are not the only source: the estrogen can also come from livestock and from BPA plastics. The amount of estrogen in drinking water ranges from 0.4 to 17.6 nanograms per liter — a relatively negligible amount. But a major concern is how this estrogen affects humans over time, and there’s simply not yet enough research in this field to definitively say how this will affect us over a lifetime of consumption.

Unfortunately, this estrogen is very difficult to filter out from water supplies. To get rid of it, we’re going to either need to improve treatment technologies or convince pharmaceutical companies to develop alternative contraceptives that are just as effective but use fewer hormones.

Male condoms are the third most popular contraceptive, after the pill and sterilization, with just over 10 percent of American women ages 15-44 relying on them as their primary form of birth control. According to the HIV/AIDS prevention organization AVERT, about 10.4 billion male condoms were used worldwide in 2005, and that number has surely increased as condoms have steadily become more popular. When used correctly, condoms are highly effective at preventing unwanted pregnancies as well as the transmission of most sexually transmitted diseases, including HIV.

Typical condoms are made primarily of latex, a natural material used because it is elastic and durable. Because latex comes from rubber trees, condoms made from latex do eventually biodegrade. But condoms are not made of 100 percent latex. Other chemicals, such as talc or casein (a protein extracted from milk), ensure that the degradation time will be longer than a typical organic material — although latex alone already takes a while. Vegan condoms use plant extracts or cocoa powder instead of some chemical additives, but the base is still latex, so they break down at basically the same rate as non-vegan latex condoms.

Condoms can also be made without any latex at all. Polyurethane condoms are equally as effective in preventing pregnancy and STDs but are made of plastic, which means they decompose like a plastic bag: very, very slowly. Lambskin condoms, made from sheep intestines, decompose even faster than latex, but do not prevent the transmission of STDs. Despite their popularity, condoms are only about 0.001 percent of the 1,200 pounds of trash that an average U.S. citizen throws away each year.

No matter what a condom is made of, how it’s disposed plays a role in its rate of decomposition. Flushing them can clog your plumbing, and also causes condoms to biodegrade much more slowly because they are isolated from sun, bacteria, and other environmental factors that speed decomposition. Plus, if they’re flushed and mixed in with sewage, they might end up in the ocean; an article by the environmental nonprofit Worldwatch Institute notes that, during a 2009 international coastal cleanup initiative, volunteers removed over 26,000 condoms worldwide. When they’re in the ocean, condoms can cause problems for marine life, especially if they’re ingested. The best method, sources say, is to wrap a used condom in paper and leave it at peace in your garbage can, ready for its final resting place, probably a landfill.

Green grades:
Lambskin: B+ (but be careful of STDs!)
Latex (when properly disposed of): B
Polyurethane: C- 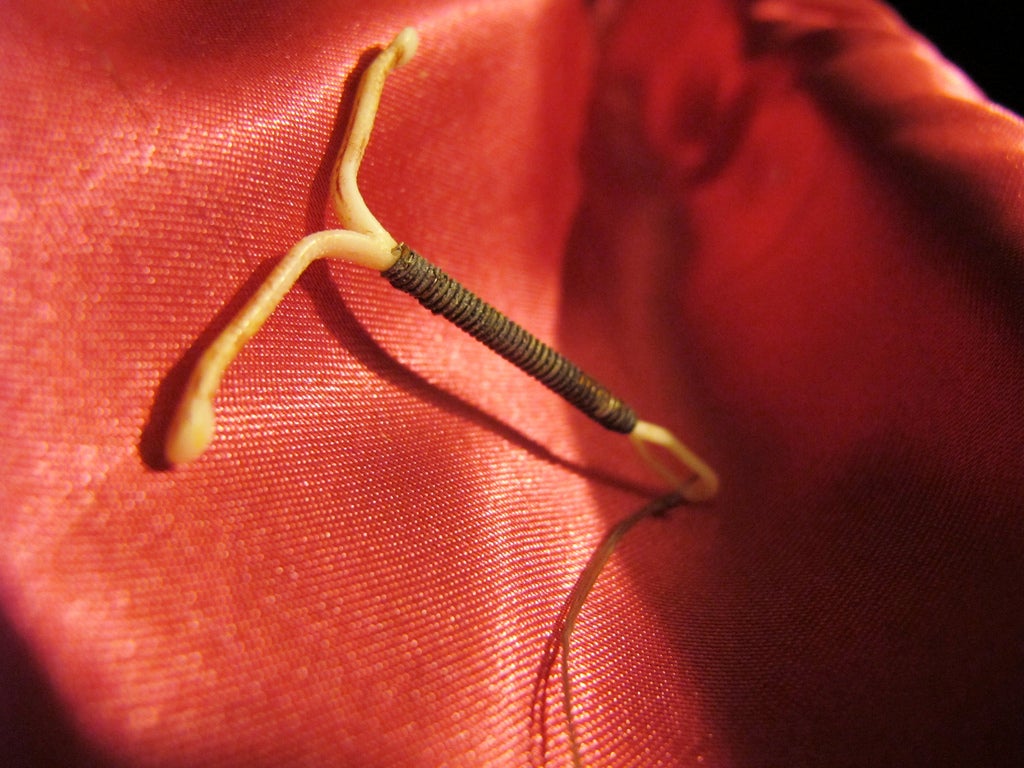 Does the IUD made the green grade?

An IUD is a small, T-shaped device that is inserted into the uterus. It can be made from copper or plastic; the copper version disrupts how sperm swim, while plastic versions administer low doses of the hormone progestogen to prevent ovulation. While IUDs don’t protect against diseases, they’re a good bet against pregnancy, with one study reporting a meager 0.3 percent failure rate. It’s pretty solid environmentally as well; one small device is effective for 5-12 years, so it causes no additional waste during that time.

Some women are reluctant to use IUDs because they cost more up-front and can be painful to insert. They can also, in rare cases, cause some pretty serious problems, including expulsion from the uterus and perforation of the uterine wall. But even if you want a child within five years, you can still get an IUD — you can become pregnant almost immediately after the IUD is removed. So, unless you’re ready to start trying really soon, an IUD is a great (and green) choice as a contraceptive.

If you use the withdrawal, or “pull-out,” method for contraception, like 3.2 percent of women ages 15-44, you put yourself at a much higher risk for unwanted pregnancy and the transmission of STDs. Although only four percent of women will become unintentionally pregnant if they use the withdrawal method correctly, this number assumes that it’s done correctly each time and that both partners have enough experience and self-control to make it happen. The upside is that this may be the greenest form of birth control yet – with nothing to throw away. The downside is that, should you accidentally become pregnant, having a child creates all sorts of negative effects on the environment.