As Space Shuttle Discovery lifted off this morning — setting a record for the most women simultaneously in space —... 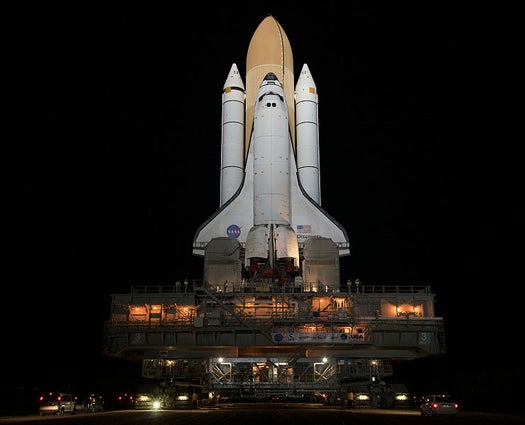 As Space Shuttle Discovery lifted off this morning — setting a record for the most women simultaneously in space — three other women on the ground looked to break some ground of their own. An Arizona State U. Biodesign Institute research trio launched a first-of-its-kind experiment aboard Discovery that will offer insight into how cells react to infectious disease under the low-gravity conditions of space.

The experiment aims to better define the infectious disease process and the progression of diseases like cancer and immune system disorders, but it will also provide key data that could benefit crews aboard prolonged space missions. Crews exposed to prolonged conditions of microgravity are particularly susceptible to infection because of reduced immune system function during spaceflight.

We know that cells react differently to low-gravity environments, but this experiment is the first to expose human cells to infectious pathogens in spaceflight. The 13-day experiment will turn the food-borne bacteria Salmonella typhimurium loose on a culture of intestinal cell, measuring the responses of both the bacteria and the human cells to microgravity as well as too each other.

Bacteria like Salmonella are particularly adept at responding to environmental conditions and tweaking their virulence to best circumvent cellular defenses, so the research could shed some serious light on bacterial virulence and the mechanisms pathogens employ to adapt so well to their surroundings.

As for the three women aboard Discovery, they joined the one woman already orbiting Earth aboard the ISS to round out a record-setting foursome that marks the most women ever to ride the outskirts of the atmosphere simultaneously.