Australia and South Africa contend to host the SKA 'scope 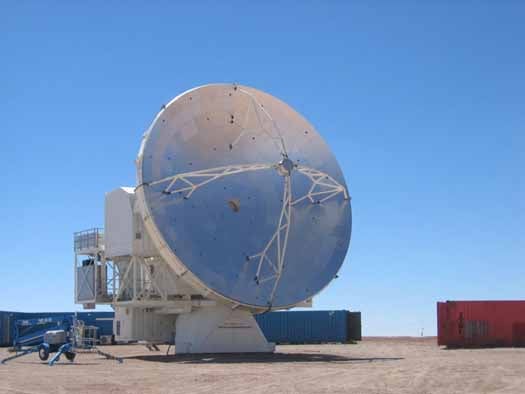 Like nations pitching the International Olympic Committee for a chance to host the games, South Africa and Australia are in a heated contest to lure the internationally funded Square Kilometer Array (SKA) to their own respective stomping grounds. And while Australia already has its first precursor antenna up and running, South Africa responded in kind today, unveiling the MeerKAT Precursor Array (MPA) radio telescope today.

Previously known as KAT-7, MPA has four of its seven antennas functioning and should be doing some experimentation by the end of this year. MPA is smaller than the Australia Square Kilometre Array Pathfinder (ASKAP), which will eventually house 36 antennas and received its first radio signals earlier this month.

But MPA is less a precursor and more a test-bed for a precursor. MPA is experimenting with different technologies to see what will best meet the SKA’s requirements. It will then be built out into MeerKAT, an 80-antenna array that will either be rolled into the larger SKA, should South Africa win the bid, or be used as a stand-alone research instrument.

The $2 billion SKA will eventually comprise 3,000 antennas and replace ALMA (the Atacama Large Millimeter/sub-millimeter Array in Chile) as the world’s largest, most sensitive radio telescope. In fact, SKA will be 50 times more sensitive and 10,000 times faster than any radio imaging telescope ever built, with the ability to peer back as far as 12 billion years ago, when the universe was only a few billion years old.

If South Africa does win the bid to build SKA, most antennas would end up on its soil, though auxiliary arrays would end up in Namibia, Botswana, Mozambique, Ghana, Mauritius, Madagascar, Kenya and Zambia.

Both MeerKAT and ASKAP should be in full swing by 2013, but by then the decision will already have been made; an international panel will announce the home base for SKA in 2012. The array is expected to be operational by 2020.