Gray Matter: How to Start a Fire With Only Compressed Air 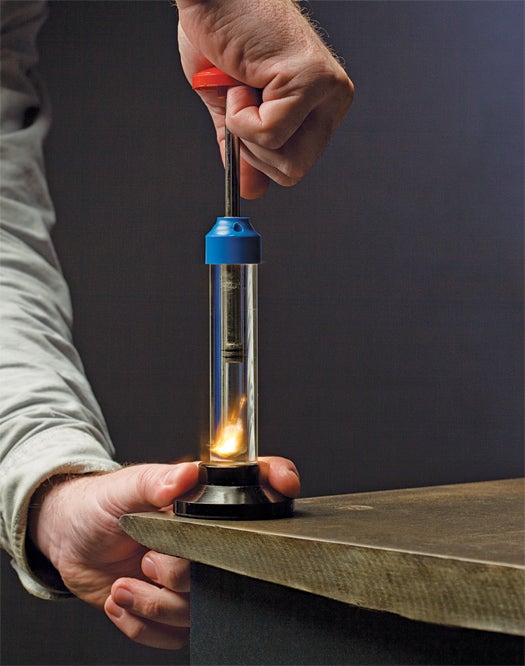 You’ve probably seen contestants on Survivor trying to make fire by rubbing sticks together or concentrating sunlight with their eyeglasses. But among preindustrial fire-starting methods, it’s hard to beat the portable convenience of fire pistons, used in Southeast Asia since prehistoric times.

Almost all gases heat up when compressed. The harder and the faster the compression, the hotter the gas gets, hot enough even to ignite cotton wool or other flammable materials. Diesel engines work the same way: They have no spark plugs; instead the fuel/air mixture is ignited by compression as the cylinder closes up.

Perhaps most surprising is that this same principle also explains how many high explosives work. They are called “high” because their explosive reaction expands through a supersonic pressure wave that travels much faster than ordinary burning, making them far more powerful than low explosives like gunpowder. Each successive bit of material in a high explosive ignites when the pressure wave compresses and heats trapped microscopic bubbles of gas. When manufactured without bubbles, even extremely powerful high explosives can be impossible to detonate. Without gas to compress, there is no way for the detonation wave to heat up neighboring areas.

Some high explosives also create heat through the friction of microscopic crystals rubbing against each other, but in many cases the difference between bang and no bang is just hot air. 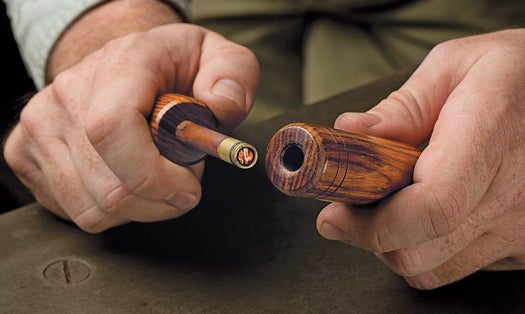 A beautifully made wood-and-metal fire piston (from $65; wildersol.com) designed for lighting campfires or other survivalist needs
Projects