The Shocking Truth: How To Make High-Voltage Sparks

I’ve always thought it would be funny to build scale-size exploding grain silos for a model train layout. I’ve also... 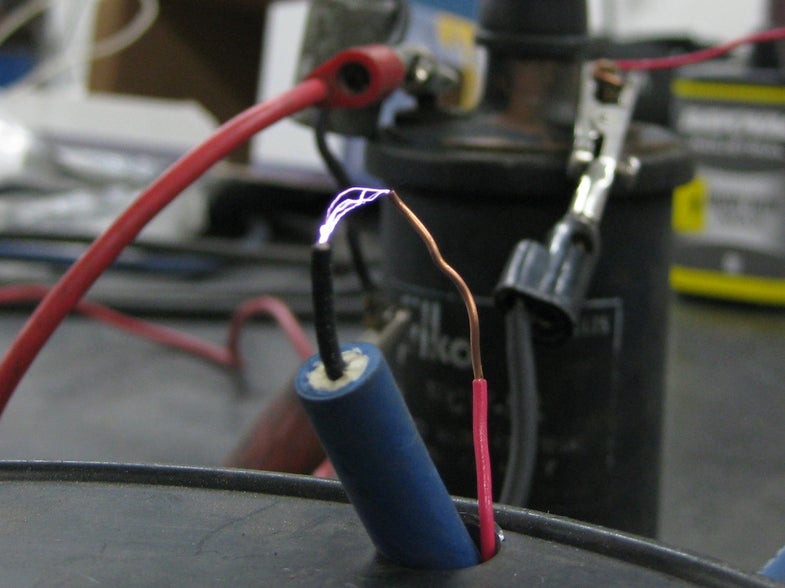 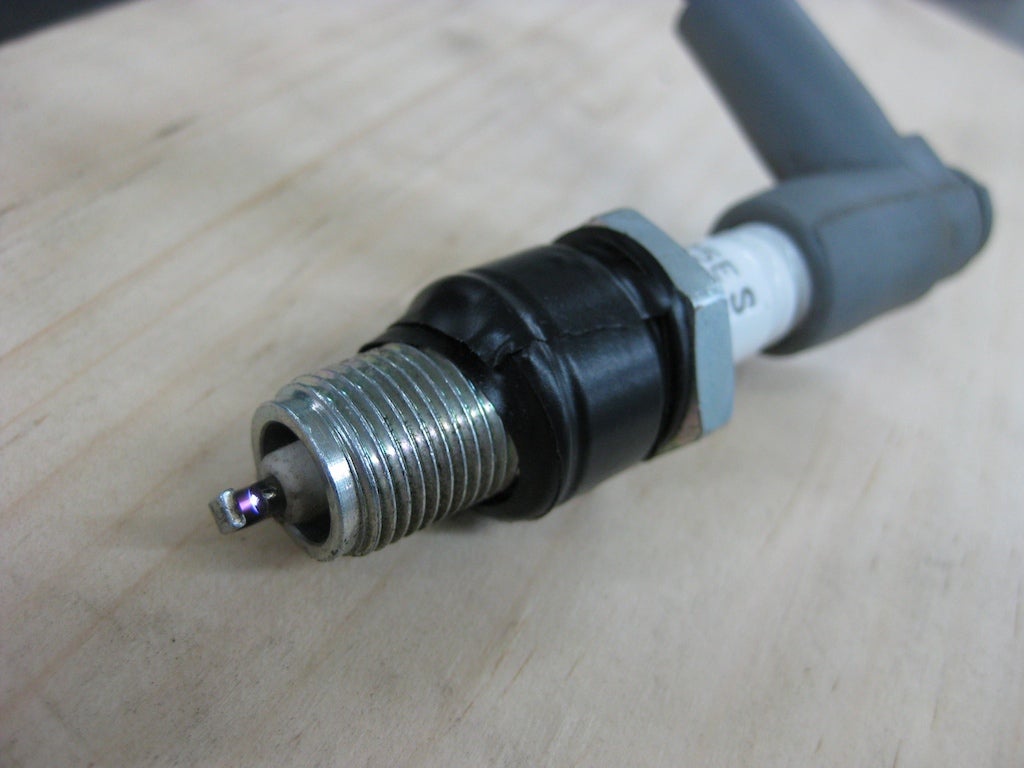 I’ve always thought it would be funny to build scale-size exploding grain silos for a model train layout. I’ve also had problems recently with pilot flames blowing out in some of our larger blow-something-flammable-through-something-on-fire projects. Both of these things made clear to me that I needed a good source of high-voltage sparks. So I built a buzz coil, a project derived from the ignition on a Model T that you can toss together to satisfy all your sparking needs with a just a few common automotive parts.

That’s why the basic design for the buzz coil is lifted from the ignition system of antique engines, like the ones in a Model T Ford. More recently, the design was tossed around by these guys on an Old Marine Engine forum. I decided to build their buzz coil.

A relay is an electrically operated electromechanical switch. It consists of a conductive arm (or arms) that make and break electrical connections as they are moved from one position to another by an internal electromagnet coil. In the case of the relay used for this project, one arm can complete either of two possible circuits. A relatively low current circuit is used to switch this relay on and off, while the switched circuits can handle relatively high currents. A relay like this is used to control the headlights in your car, allowing that high-current load to be switched by a low current switch in your dash cluster.

Things like momentary switches and relays use terminology like Normally Open (NO) and Normally Closed (NC). Normally Open means that the electrical connection is not made in the default state; no current will flow through those terminals when the switch or relay is in its idle state. Normally Closed means the opposite; current flows unless the relay is activated.

In this buzz coil, we make use of the fact that the Bosch 5 pin relay has both NO and NC terminals. (The more common 4-pin relay has only a NO terminal.)

As the relay turns power on and off to the ignition coil over and over again very quickly, the changing current turns into a series of high voltage spikes at the spark plug. It is very similar to what happens in a points-style automotive ignition system.

How to Build It:

Putting this Buzz Coil together is as simple as following the wiring schematic. If you’re using a socket for the relay, make the connections to the socket’s pigtail. Otherwise, crimp on spade connectors can be pushed directly onto the relay’s terminals, as I did in my build. How exactly you make your wiring connections will depend on the physical configuration in which you plan to use the coil. If you are going for a compact setup, as I was, you may find it easiest to mount the condenser directly on the coil. I had to enlarge the mounting hole in the condenser slightly to fit onto the stud on top of the coil. Your mileage may vary.

Connect the ground terminal of the battery to the housing (the threaded part at the base) of the spark plug to complete the circuit.

Follow the schematic below. If you look closely at the relay in the schematic, you’ll see that the terminals are numbered. While the relay will not physically look like the one in this schematic, you will see those same numbers next to pins on the bottom of your relay.

Once you have a buzz coil, you have all kinds of great options for ignition. A word of caution applies. You will be dealing with very high voltages, and if you cause yourself to be part of the ground path, it will at the very least hurt like the dickens, as my father says. And at worst, well, it could be a lot worse. Be very careful to ensure that there is a directly ground path from the housing of the spark plug back to the negative terminal of the battery, and that you and nothing you are touching are part of the ground path. It might be wise to wear non-conductive gloves while you are playing with this.

Ignoring those words of wisdom, here is what I did with mine:

Dispatch From The TE Labs: The Buzz Coil from Vin Marshall on Vimeo.

Vin attempts to simulate a grain silo explosion with flour and a high voltage spark generator. He fails and has to resort to carburetor clearner.