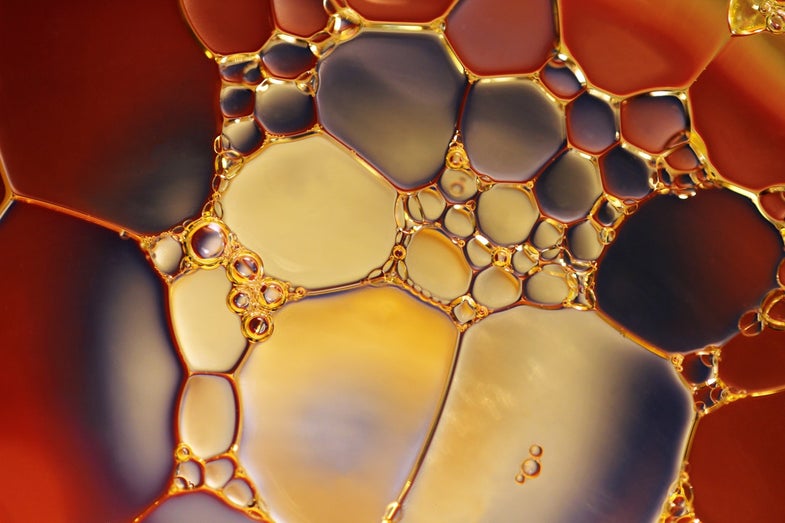 This month marks the 56th anniversary of “Tsar Bomba,” a massive hydrogen bomb test that still holds the record for the most powerful human-created explosion ever. While I’m not eager to build a thermonuclear weapon in my garage, I do enjoy playing with hydrogen. So I made and ignited hydrogen-filled bubbles, which detonate with a small-but-satisfying pop and a flash of yellow flame. Think of it like bursting bubble wrap, but with a classy historical and scientific pedigree.

Back to the Tsar. When the Soviet Union detonated this fusion bomb over Novaya Zemlya, an Arctic archipelago the USSR used as a testing ground, it yielded the equivalent of 50 million tons of TNT. That’s twice as powerful as the United States’ largest-ever weapon, the B-41 nuclear bomb. The blast completely destroyed buildings more than 30 miles away, produced enough heat to cause third-degree burns 60 miles away and to be felt 170 miles away, and released a shock wave that broke windows hundreds of miles away. The resulting mushroom cloud stretched 40 miles into the sky, the height of 145 Empire State Buildings stacked one atop the other.

For context, the first atom bomb explosion, the U.S.’s 1945 Trinity test, only released the explosive equivalent of 20,000 tons of TNT. That a-bomb drew its power from fission, splitting atoms open to releasing the energy within. While a hydrogen bomb still includes a fission reaction, this simply acts as a trigger to set off a fusion reaction, which melds hydrogen together—and releases mind-boggling amounts of energy in the process.

In fact, Tsar Bomba’s explosive power—50 megatons of TNT—is so vast that most people simply can’t wrap their heads around it. So let’s put these nuclear numbers into perspective.

First of all, what does one ton of TNT even look like? To answer this question, we can study Operation Sailor Hat, a series of US Navy tests designed to examine how nearby explosions affect warships. In April 1965, government technicians stacked up 500 tons of TNT in a Lego-like dome on Hawaii’s Kaho’olawe Island. Nearby, they arranged obsolete ships that engineers had outfitted with instruments and sensors to reveal how explosion-resistant Navy ships needed to be.

Then they ignited the TNT—and filmed the explosion. In this video, the TNT ignites at about 0:20.

So what can 500 tons of TNT do? The Sailor Hat test created a large crater which still exists today. (Over time, it has become prime habitat for a species of small red crustaceans called, appropriately enough, volcano shrimp.) And that was an explosion 100,000 times smaller than Tsar Bomba. 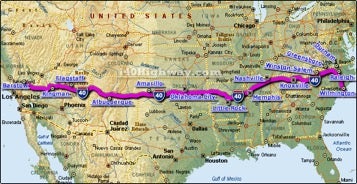 This interstate stretches across the entire width of the United States, covering 2,555 miles.

But Sailor Hat was a little too small to compare properly to the Tsar. Imagine placing a Sailor Hat pile of TNT every 135 feet along the entirety of Interstate Highway I-40, which runs for 2,555 miles between Barstow, CA and Wilmington, NC. Then blow all the explosives at once.

Of course, Tsar Bomba wasn’t stretched across the entire United States. So compress that major highway worth of explosions onto an island into the Arctic, and you might start to appreciate the sheer power of hydrogen.

Enough about history—on to the DIY! By flowing hydrogen though a pan of soapy water, you can collect gas-filled bubbles on the surface of the liquid, then ignite them with a long-handled lighter.

To pull this off, you’ll first need to make hydrogen. This is a surprisingly easy process, which only requires three things: water, aluminum foil, and sodium hydroxide (a caustic chemical better known as lye, which is the primary ingredient in many drain cleaners).

Actually, water and aluminum can react all by themselves, producing hydrogen gas and an acid called aluminum hydroxide. But when you merely submerge aluminum foil in water, the two materials cannot complete the reaction: A film of aluminum oxide forms on the surface of the foil, blocking H2O from coming into direct contact with the metal.

The sodium hydroxide solves this problem. Lye strips away aluminum oxide, allowing the water and metal to react and generate hydrogen. Then you use soap to trap the gas in bubbles, creating a pan of miniature H-bombs.

Lye is a powerful caustic chemical, so even though you need only a little bit, you must be certain to not get any lye, or water containing lye, on your skin. This project also involves explosions—sure, they’re tiny, but fire is fire. Make hydrogen bubbles at your own risk. 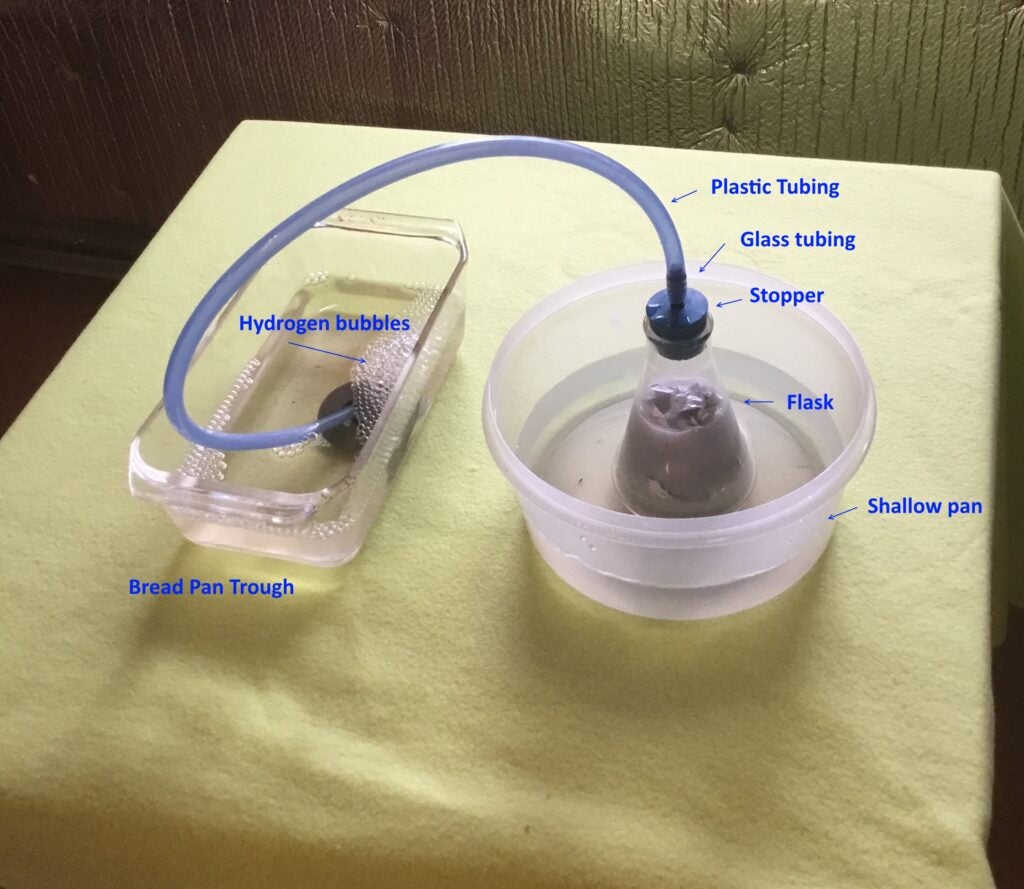 This photo shows the author’s setup for making hydrogen bubbles.