The average home builder could go his or her entire life without drawing a line in CAD, but it’d be... 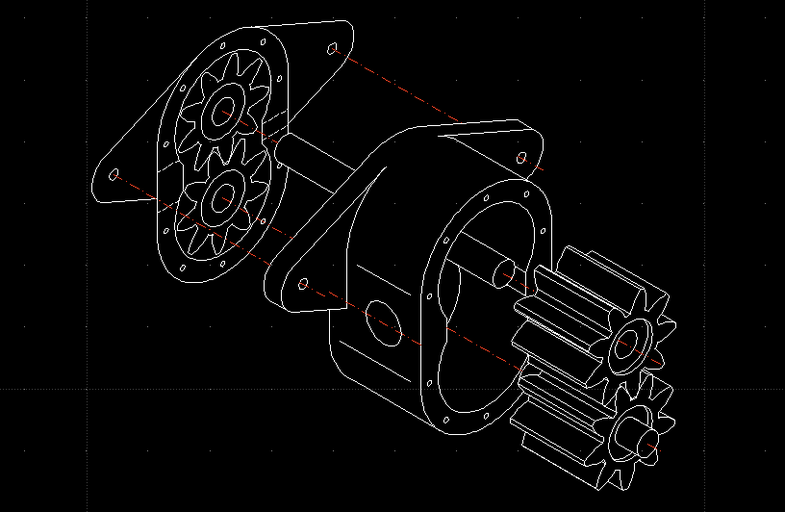 The average home builder could go his or her entire life without drawing a line in CAD, but it’d be a shame. Three-dimensional rendering programs like CAD let you, or someone else, visualize what you’re about to build with high accuracy. That lets you suss out potential problems, sort out fine details, more easily outsource parts of the build and share your groundbreaking designs with your peers (or your wife). CAD software is also useful if you’re producing drawings of extensive projects, or drawings that need to be revised frequently, or drawings on which multiple people are collaborating. Paper and pencil drafting methods, themselves far from easy to master, fall short when projects get bigger – especially absent a team of draftsmen working in your shop. For me, the need to share and collaborate on drawings was the final straw that pushed my drafting into the modern age. And fortunately, there are a lot of inexpensive options for someone just dipping their toe in the CAD waters. Here’s a run down of the options I considered and the software I chose.

First, lets establish the ground rules for this comparison of CAD software. Written with the small-business and DIY market in mind, this post is not going to get into AutoCAD, Unigraphics, Solidworks, or anything else that costs thousands of dollars per seat. Instead, we will look at functional and affordable CAD solutions for people who are paying with their own coinage. Second, any software I consider must run on both OS X and Windows, and ideally on Linux as well. I run OS X and Linux on the machines here in the shop, and the people with whom I collaborate are using a mix of OS X and Windows. Finally, I will only cover the CAD packages by which I was at least somewhat impressed. There were too many that seemed to have no merit whatsoever to fit in this post.

I first looked at Google Sketchup, which I played with for about 30 seconds. There was a dude standing in the middle of the screen, so I made my best attempt at drawing a holodeck for him, made some Will Wheaton jokes, and moved on. I’m probably being unfair here and failing to uncover some of the great functionality. Paul Carson, my mechanical engineering go-to guy and frequent TE Labs collaborator, says that 3-D CAD is absolutely the way to go, and as the only serious free 3-D CAD software available, Sketchup must be taken seriously. However, for my immediate needs, which are to create .dxf files of sheet metal cutouts to be laser cut, Sketchup was not a good fit. It would be a better fit, I think, were I trying to visualize (and double-check) how those 2-D sheet metal forms would fit up into my final products. It should also be noted that people create some incredible 3-D models using Sketchup. So while it wasn’t right for what I’m doing right now, you do owe it to yourself to at least give it a try. And the price is right. (Ed note: I love SketchUp for visualizing my strange furniture designs and getting wife-approval before I start buying materials.)

I next looked at TurboCAD. TurboCAD Designer, which appears to be the most basic 2-D offering in the TurboCAD product line, retails at $69.95 for the Mac version and $39.95 for the Windows version (I guess the secret is out that Mac owners are used to paying more for everything). Drawing lines and shapes is intuitive and works as expected. The tool menu is minimal and behaves like a menu one would find in Photoshop or Illustrator, which should be familiar to most users. My favorite feature is the information that is displayed next to the cursor while drawing lines and shapes: things like the angle of the object being drawn and intersection points with nearby objects. I was pleasantly surprised by TurboCAD and consider it a strong runner up in this comparison.

Finally, I looked at RibbonSoft’s QCad. QCad has a few big advantages right out of the box. First, I’m already familiar with the program from having used it several years ago. Second, when Paul does need to use an affordable 2-D CAD software (when he is really slumming it), he likes this one. As he is one of my collaborators in many of the TE projects, it is advantageous to be able to easily share files. Third, it is very much like AutoCAD 2000, which means the learning curve is shorter for people with some CAD experience, and that using this software helps the rest of us to acquire real world, marketable skills. It was free when I last used the software. Now it is $37 to download, $44 to receive on CD, and $60 to order along with an “Introduction to CAD” book. As decent CAD software goes, it is affordable on all counts. I found QCad somewhat more difficult to use than TurboCAD. However, with that complexity seems to come the ability to do more. I’m willing to accept that tradeoff. The menus are more extensive and somewhat more tricky due to their multi-level structure than the menus in TurboCAD. However, I quickly got the hang of them and found them more powerful. QCad also seems to have included a form of the cursor tool tip that I liked in TurboCAD. One of the most important advantages to me is the speed at which I can move when I manage to remember the keyboard shortcuts. I also find the integration of the history and layer windows into the main window helpful. For all of these reasons, I’ve chosen QCad the winner of this round up.

I have no doubt that I’ve left the CAD software of choice of many readers out of this comparison. Give your recommendations and make your case in the comments below; I look forward to hearing everyone’s opinion on the topic.

For further research, a good place to start might be this List of CAD Companies on Wikipedia.