Over the past few years, hand tools have become more user friendly. By making tools from lighter materials, and incorporating... 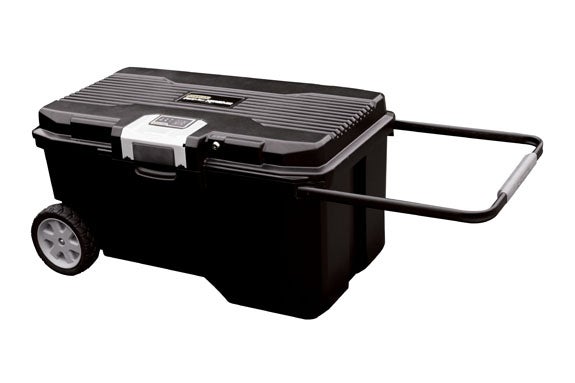 Over the past few years, hand tools have become more user friendly. By making tools from lighter materials, and incorporating ergonomic styling with comfy grips, even the humble hammer has evolved. Stanley’s tweaks to a new suite of tools takes garage staples (like flashlights, levels and tool storage) and goes a step further by using technology to help you get the most out of your gear.

Take a toolbox staple–a flashlight, for example. Stanley’s 3-in-1 Tripod LED flashlight gives the user three options beyond on and off. Hold it as a regular flashlight, separate it into three separate flashlight sticks, or spring the sticks into an upright tripod. Each of the three flashlight sticks has a 120 degree multi-directional head to put light exactly where you need it. 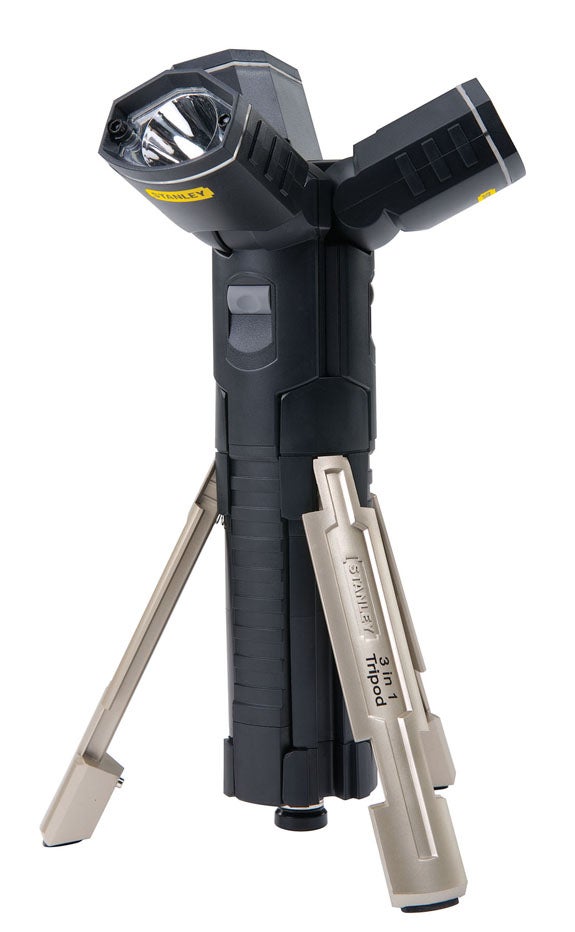 At 60 lumens, these LEDs broadcast nearly double the lumens of a traditional incandescent flashlight. Because the sticks can be directed independently of each other, you can point the light where you need it—hands free, and without holding the light between your teeth. Separate the flashlight sticks among family members when the power goes out, or combine them in the base and turn all three on by pressing one button to work under the sink.

Speaking of light, a level is not the easiest thing to read, even in daylight. So what do you do when you’re working in an area of the basement, laundry room, or jobsite that isn’t well-lit? You probably check the vials by using your cell phone’s screen.

The three lengths of Stanley’s lighted box levels make checking for level or plumb easy, thanks to the bright white LEDs imbedded into the lightweight aluminum frame to illuminate both vials. The battery powered LEDs, which can be switched on and off, last for about 60 hours on three AAA batteries. The top of the level features a translucent ruler, also illuminated by LEDs, to quickly measure things like stud or tile spacing. 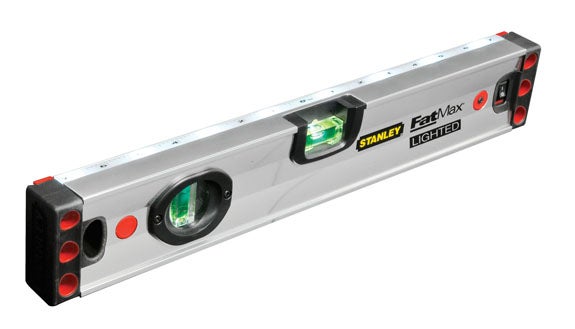 For contractors, pickup trucks are like giant toolboxes—and those boxes are raided for more than $1.3 billion dollars in theft annually. The FatMax Xtreme Portable Truck Box aims to reduce theft while giving pros the flexibility to get their gear from job to job. The 42-gallon rubber storage bucket stores about 130 pounds worth of tools, and is easy to wheel through doorways, down ramps, or over debris.

The first line of defense is the weather-resistant keypad on the lid, which sounds a 107 dB alarm—equivalent to front row at a rock concert—if anyone tries to jimmy it open. Should the alarm not deter thieves, a linear docking station fastens to the bed in the truck and locks the Truck Box in place with a keyed lock during transport.

These changes to common tools reflect how they’re used in the field. Your tools should work as hard as you do, but if they also make things a little brighter, easier to read, and safer while you’re away, that’s all the better.