A jet of burning cinnamon shows just how flammable fine organic powders can be in a stream of pure oxygen. Mike Walker
SHARE

When you blow air across the top of a straw dipped in soda, liquid rises up the tube. This might seem strange, but a Venturi pump—named after the Italian physicist who invented it—takes advantage of the same effect, simply by virtue of its shape.

Any high-velocity, high-pressure jet of liquid or gas creates suction in its wake. As molecules zoom by, nearby material rushes in to fill the void. So if you force a jet through a constricted section of tubing, you can make a pump with no moving parts.

Most Venturi pumps use three openings: one for the jet, one for suction, and the last as an exit. The devices are great for shallow-water wells in rural areas because they require no electricity, motors, or bearings to work at the bottom of the well. Plus, a metal Venturi pump can last decades in water.

The pumps can also mix dissimilar materials. A jet of gas can suck up liquid, so you can use compressed air, a pump, and a garden hose, for instance, to empty a flooded basement. Another example: the “Vinturi,” a funnel-like contraption that mixes air into wine as it’s poured (for anyone who thinks aerating wine makes it taste better). 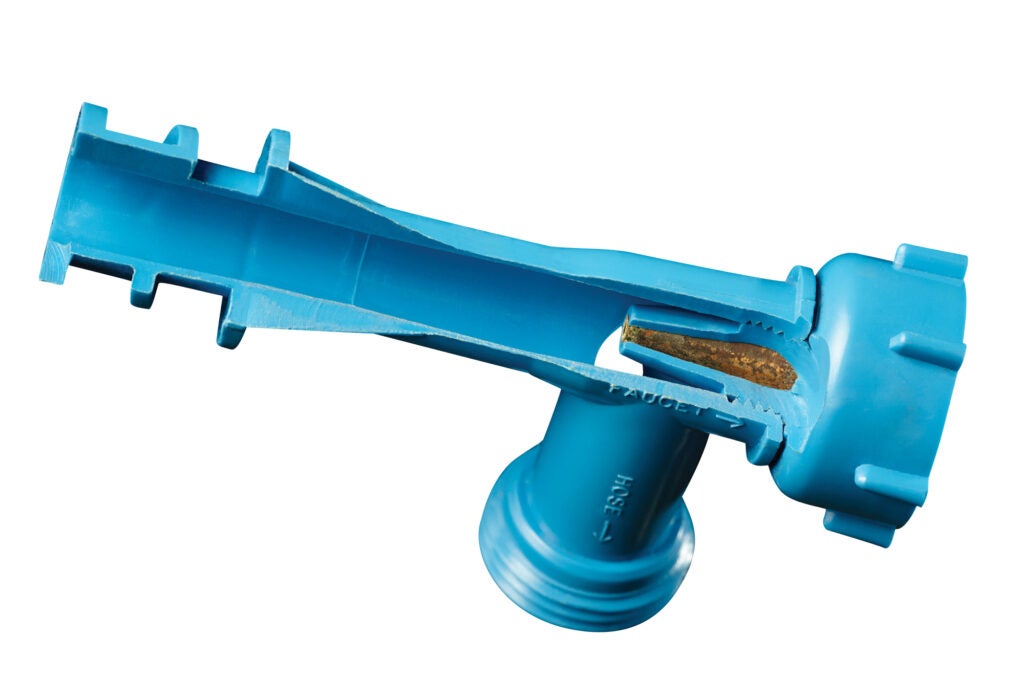 A cutaway view of a plastic Venturi pump designed to suck up water with a garden hose—attached to the end of a cutting torch. Coincidentally, it’s a perfect fit. High-velocity gas (or water, in the original application) rushing out of the small nozzle creates suction that pulls liquid up through the lower hose connection.

My favorite trick is to turn a garden-hose-variety Venturi pump into a flamethrower. Instead of using water, I attach a tank of pure oxygen and blow it through. The gas can suck up powdered spices and convert them into sparkling pillars of fire. Pretty much any fine organic powder burns, thanks to a large flammable surface area; I’ve succeeded with cinnamon, garlic, black pepper,
onion, cumin, powdered sugar, and even bread flour. About the only disappointment in my kitchen was chili powder, which makes a pathetic little flame. So much for extra heat.

Warning: Mixing flammable powders with pure oxygen is dangerous, and blowouts occurred with this setup. Do not attempt.