Happy Anniversary, Neptune! After 165 Years, The Most Distant Planet is Back Where We Found It 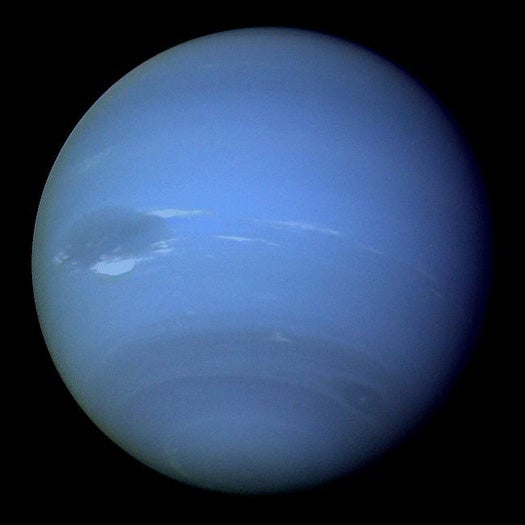 It’s been a long year for Neptune. A full 165 Earth years ago, German astronomer Johann Galle first spied the icy blue giant giving wide berth to the sun some 2.8 billion miles from the solar system’s center. Today, it’s right back where we found it again, marking one full Neptune year since the planet’s discovery.

Neptune, of course, has a somewhat tumultuous and storied history. It was the most distant planet in our solar system before Pluto was discovered in 1930, pushing Neptune to 8th and second-most-distant. When Pluto was downgraded to a dwarf planet it was again elevated to superlative status.

Neptune is also the first planet that was discovered via mathematical prediction rather than by telescopic observation. It wasn’t actually Galle who first found Neptune, but a Frenchman named Urbain Le Verrier, a mathematician puzzled by Uranus’ refusal to act the way gravity said it should. In 1846, Le Verrier predicted the existence of Neptune, a more distant body that was affecting Uranus’ swagger.

Le Verrier mailed his prediction to Galle at Berlin Observatory along with the coordinates where he expected Neptune to be found. Sure enough, there it was, 57 times bigger than Earth and icy blue (temperatures dip well below -300 degrees Fahrenheit on Neptune). And today, there it is again, right back where it was when human eyes first saw it–a birthday of sorts, from a human perspective. Cheers to you, Big Blue It’s been a long journey. 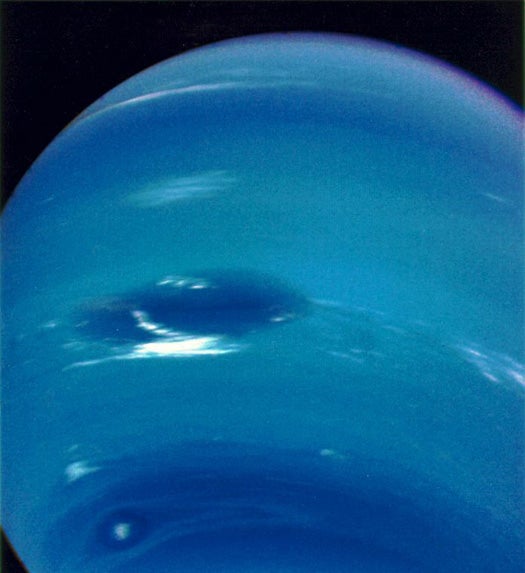 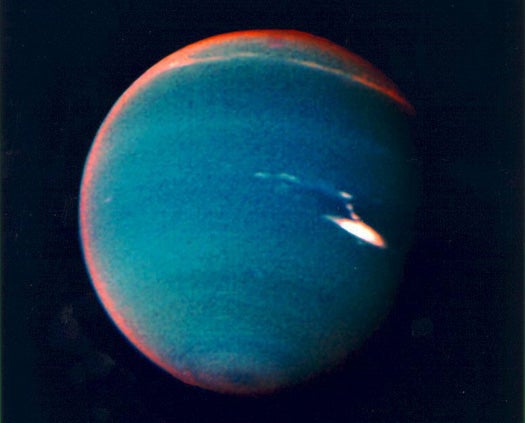 A False Color Image of Neptune, as Seen from Voyager 2 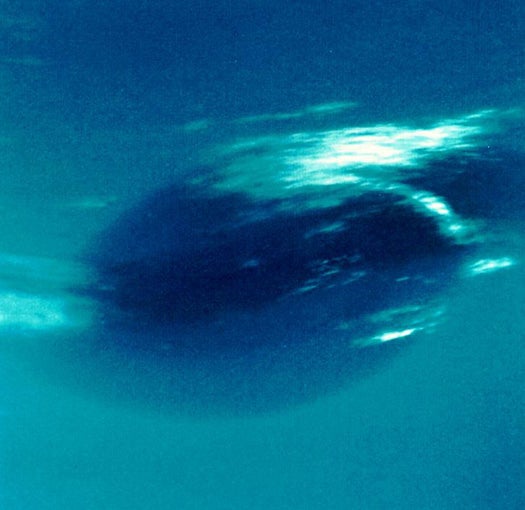 Closeup With the ‘Great Dark Spot’ 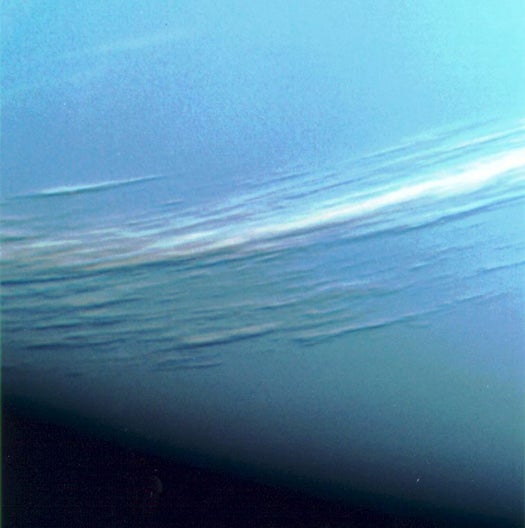