As a theoretical thinker, Nelson was almost unparalleded in her lifeitme—and her legacy continues to push the field. 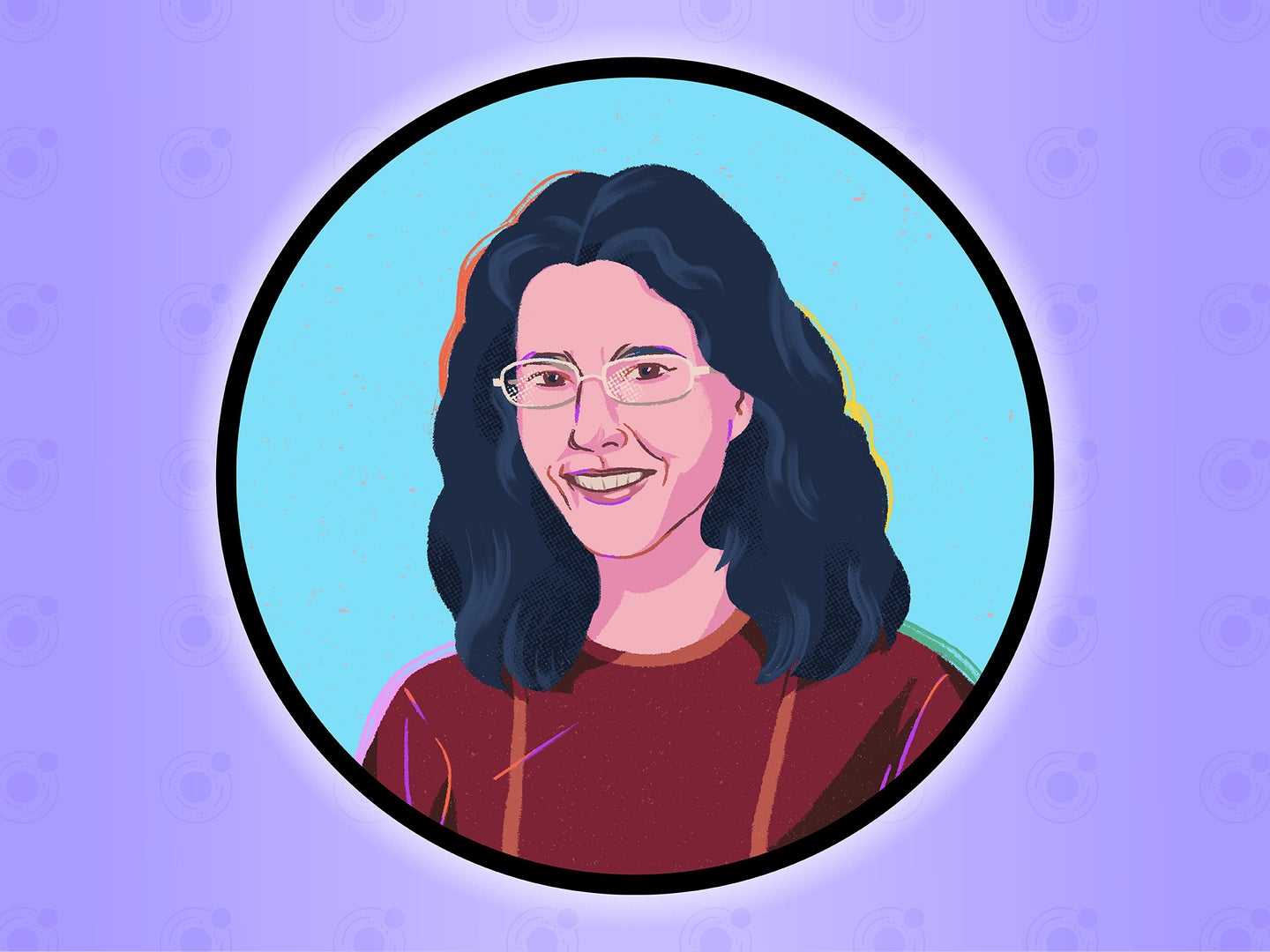 Even before her Ph.D., Nelson addressed some of physics's biggest puzzles. Esther Goh
SHARE

When Ann Nelson died in a tragic hiking accident in 2019, the loss went far beyond the pain felt by her many mentees in physics, myself among them. Her passing struck a blow to the entire theoretical physics community, which lost, in her, a phenomenal thinker. Nelson spent her career on the edge of particle physics, imagining what the universe might be like—and never worrying whether her questions were too weird. When I eulogized her for Quanta, I wrote about how she described her approach to new ideas: put the purple scarf on the moose and worry later about why it’s there. Nelson also recognized that her achievements provided her with social capital, and she used that clout to make physics a space where we all had a home.

Born in Louisiana in 1958, Nelson spent the bulk of her childhood in California. There she determined to become a physicist. Though there were people who discouraged her, including high school teachers and classmates who could not fathom the idea of a woman physicist, it did not impede her because she knew the field was her intellectual home. She followed this interest to Stanford University and then on to Harvard, where she earned her Ph.D. and was made a Junior Fellow of Harvard’s Society of Fellows—a prestigious lifetime membership that also grants newly minted scholars three years of support for independent research. Nelson returned to Stanford in 1987, where she became only the second woman in the physics department’s history on a path towards tenure. She was following in the footsteps of Nina Byers, who left for UCLA after a short time on the Stanford faculty in the 1960s.

She once told me that people at Stanford commented too much about this particular superlative. But despite the university community’s apparent willingness to boast about including Nelson, it didn’t do what it needed to keep her, and she eventually went to University of California, San Diego so she could live in the same city as her husband and frequent collaborator, fellow theoretical physicist David Kaplan. From there, they moved to the University of Washington, where they built a life and an astonishing legacy.

Over the decades, Nelson made major contributions to particle physics on a range of questions. Put broadly, her body of work addressed gaps and inconsistencies in the standard model—the math that elegantly describes everything we have seen in a laboratory or collider (except for gravity). The model, however, contains a prediction about neutrons that does not match what particle physicists have seen in experiments; as Ph.D. candidate at Harvard in 1984, Nelson published a mathematical solution to this tension—a singular achievement for a scholar who had not yet completed her Ph.D.

Part of what makes that first publication notable is that she had no ego about it. She wasn’t attached to ideas simply because they were her own, but instead focused on whether they were interesting and plausible. Because of that, she’d go on to publish another alternative answer to that same issue, which is known as the Strong CP problem. And she’d publish a solution to yet another of the field’s biggest puzzles: how the idea of supersymmetry—a notion that there should be a set of new particles that are partners to the known particles, a concept that impacts astrophysics and cosmology, including, potentially, the dark matter problem—might work in our universe.

In 2018, she and theoretical physicist Michael Dine shared the J. J. Sakurai Prize for Theoretical Physics, one of the most prestigious awards in the field. The prize citation notes the pair’s “groundbreaking explorations of physics beyond the standard model of particle physics.” Nelson’s Ph.D. advisor, Howard Georgi, himself a prominent theoretical physicist and Harvard Society Fellow, understood her singular intellect, writing in his Physics Today remembrance: “Ann was the only student I ever had who was better than I am at what I do best, and I learned more from her than she learned from me.”

Nelson loved physics, but she did not simply bask in her own academic success. She was deeply aware of social injustice, and in her final years was the sole physics professor at UW to wear a Black Lives Matter pin to work every day.

This was not a performative act, but one part of a multi-pronged strategy to create better conditions for Black people and other marginalized folks who shared her love for physics. Crucially, Nelson understood that her specific intellectual prowess had gotten her through a door that stayed shut for most. Many of her Ph.D. candidates and postdocs were women of a range of racial and national identities, as well as men of color. In my experience, though she sometimes made mistakes, she worked to create opportunities for us to have the same kind of freedom that she had. Not only did she hire marginalized scholars for her own group, but as chair of UW’s graduate committee, she fought to make institutional changes as well.

In the wake of her death, the UW physics department went on a hiring spree in particle theory that included multiple women. None of them could ever replace her, but I feel confident she would agree that that isn’t the point: Every woman in physics is her own person who, if given a room of her own, might just radically change what we know about the universe.

Correction 6/1/22: An earlier version of this story stated that Nelson was the first professor on the path to tenure in the Stanford physics department. Nina Byers holds that distinction.

Chanda Prescod-Weinstein is an Assistant Professor of Physics and Core Faculty Member in Women’s Studies at the University of New Hampshire. She's a columnist at New Scientist, a contributing columnist at Physics World, and author of the 2021 Los Angeles Times Book Prize winner The Disordered Cosmos: A Journey into Dark Matter, Spacetime, and Dreams Deferred.