How the logic of ‘winter selection’ shaped centuries of bad science 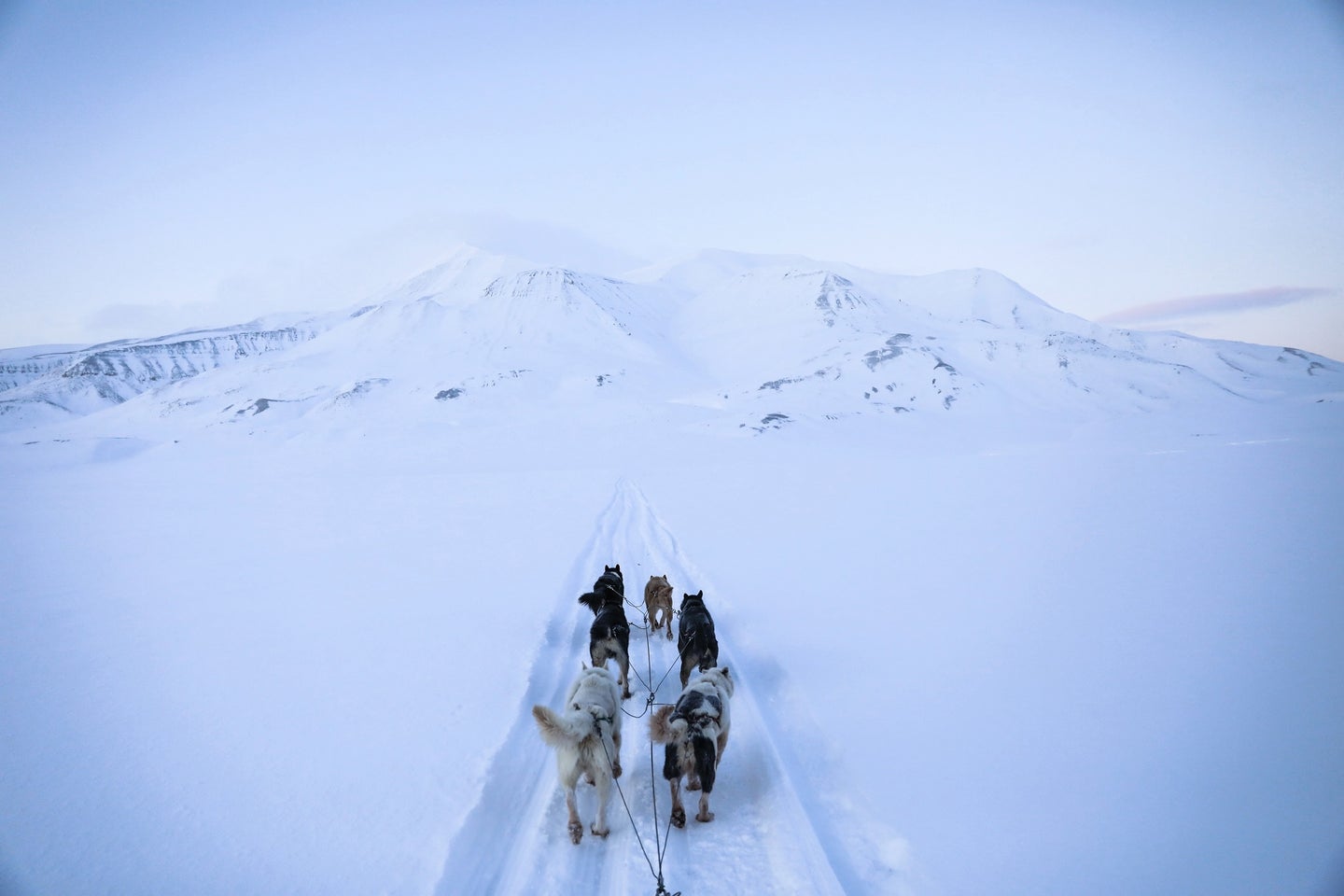 Famous evolutionary biologists like Alfred Russell Wallace proposed that humans got smarter as they learned to live in colder places. But there are a few big (and also bigoted) caveats in that thinking. Dylan Shaw/Unsplash
SHARE

Excerpted from A Voice in the Wilderness: A Pioneering Biologist Explains How Evolution Can Help Us Solve Our Biggest Problems, by Joseph L. Graves Jr. Copyright © 2022. Available from Basic Books, an imprint of Hachette Book Group, Inc.

Given the weak differentiation between human populations, those who continue to champion the notion that genomic foundations to racial differences in intelligence must exist are left with a huge elephant in the living room. Why and how should such differences exist? The key adaptation of our species is its greater intelligence compared to other animals. Our evolutionary lineage was characterized by increased brain size and complexity along with facial reduction. Many authors also suggest that the primary driving force of all primate intelligence (including our own) is social interactivity. Primates are highly social. Over the period from 2.5 million to 500,000 years ago the brain size of our hominid ancestors doubled. Over this same period the technical sophistication of these hominids was somewhat stagnant. Yet something was driving the brain growth (and possibly the intelligence growth). The seeming disparity between brain growth and lack of technical innovation has led some to propose that sexual selection rather than natural selection might have been at play. Sexual selection for a trait differs from natural selection in that it need not lead to greater survivorship of the individual so long as individuals with the trait in question come to have greater numbers of offspring. Evolutionary psychologist Geoffrey Miller went so far as to propose that the main driving force of this early physical change in brain size was the competition for mates. In this model, the benefit of greater cognitive capacity for technical innovation was a by-product of runaway sexual selection, not something directly selected for.

Whether Miller’s model is true or not, it is important to recognize that the majority of behavioral traits and intelligence of our species evolved long before anyone left Africa. We spent about two-thirds of our 300,000-year existence there. This time depth also explains why the majority of the genetic variation found in our species is found in Africans. There is also a direct linear relationship between a population’s migratory distance from Africa and its genetic variation. Given the amount of genetic variation in Africa, it is notable that psychometricians never argue (as the melanist Afrocentrics do) that Africans are more genetically endowed for cognitive function than the rest of humanity. If genes were all there was to cognitive performance, we might expect that the most intelligent and the least intelligent populations would be found there. Maybe the Wakandans are still successfully hiding away from the world?

So we are still left with the question of whether and how there could have been direct selection for greater intelligence as humans migrated into Eurasia. One convenient answer to this mystery is winter. In 1864 Alfred Russel Wallace (codiscoverer of evolution by means of natural selection) proposed that winter selection would have favored greater intelligence. In 1925 Ellsworth Huntington argued that adaptation to the temperate zones caused strong selection for intelligence in Eurasians that was not experienced by sub-Saharan Africans. It is notable that Carleton Coon, known for both his racialism and his racism, did not reiterate Huntington’s idea in his work on the origin of the human races. This is especially significant in that he spent some time in that work discussing the importance of adaptation to climate as a factor in human evolution. Seventy years later, the winter selection idea was resurrected by J. Philippe Rushton and Arthur Jensen in the context of r- and K-selection theory applied to human races.

Despite its obvious problems, the idea that climate drove evolution still seems to have some traction. A recent paper argued for the importance of cold winters in spurring the evolution of intelligence in Eurasians. The paper suggested that during the last glacial maximum (about ten thousand years ago), eastern European populations displayed remarkable technical innovations that allowed them to survive the harsh winter conditions of their latitudes. These innovations included both new technology and changes in social organization. The technical innovations were focused on keeping the cold out and warmth in (to create clothing, shelter, and fuel), on managing time (to conserve limited winter food resources), and on changing the sexual division of labor (to open new roles to women in garment making, shelter building, fire making, pottery design and manufacture, and ornamentation). The relationship between evolved greater intelligence and these new technical innovations is supported by the greater cranial size (and hence brain size) associated with populations that migrated to these northern latitudes.

The paper relied on a study of the relationship between head size and latitude showing a clear trend toward larger heads in populations further away from the equator. The study examined 122 human groups and showed a strong correlation between brain size and the variables of solar radiation intensity, vapor pressure, and latitude in both the Eastern and the Western hemi- spheres. The authors of the study concluded that populations under severe cold stress had larger cranial volumes more from a change in head shape (rounder) than from differentiation due to total body size. The authors also made it very clear that there was no established relationship between IQ and cranial case volume in human populations. Finally, they also pointed out that head size differentiation is always a function of total body size. They mentioned that particularly large brain-size-to-body-mass ratios are seen in San hunter-gatherers (Africa), the Andamanese indigenous peoples (islands in the Indian Ocean, India), and the Bengalis (India), and that particularly low brain-size-to-body-mass ratios are seen in the French (Europe), the Mapuche (indigenous Chile), the Choctaw (indigenous North America), and the Maori (Pacific islanders). The groups in the high and low categories don’t correspond to the groups psychometricians typically claim for the genetically high IQ (East Asians) and low IQ (sub-Saharan Africans) categories.

Finally, there is no reason to believe that modern humans did not already possess all the cognitive ability needed to technologically innovate to meet new conditions before they arrived in Eurasia. The reasoning used by the winter selection theorists is circular. They claim that new innovations were required because of the movement of human populations into temperature zones. They argue that the appearance of innovations is evidence of genetically based greater intelligence in temperate populations and their absence is evidence of a lack of that intelligence in African tropical populations. However, if the innovations required to survive in winter are unnecessary in tropical zones, why would anyone build them? The minds of tropical populations would have been engaged in other aspects of their
survival and reproduction. Their challenges were different (the rainy season, the barren soils of the tropics, the greater abundance of toxic plants and animals), but they were no less sophisticated than those associated with living in temperate zones.

If all human populations were engaged in struggles to survive and reproduce in the environments where they found themselves, then to defend an argument for genetically based differences in cognitive function, one has to come up with some reason why natural selection would have operated differently on specific groups with regard to the underlying architecture of cognitive function. It is precisely here that psychometricians have failed. Indeed, the origin of the field itself is connected to the fear of dysgenesis. Francis Galton wanted England to enact eugenical policies because he believed that people of lower IQ were reproducing at a higher rate than those of high IQ—hardly an argument for the importance of the trait from an evolutionary perspective.

Evolution can produce a change in a complex trait as a result of selection for another trait. This phenomenon is called a correlated response to selection and is well-known from quantitative genetics. Correlation can occur if the genes determining the traits in question reside close to each other on the
same chromosome (linkage) or if the traits result from the action of the same genes (pleiotropy). My understanding of these mechanisms and their impacts on complex traits was behind my lecture at the Peabody. Given that at all times, human populations are undergoing various forms of selection, the
chance of sustained selection of any single kind resulting in an “accidental” evolution of superior intelligence in one group compared to others is so low it simply isn’t worth calculating. In my paper responding to Reich’s accusation that I was a defender of orthodoxy, I gave a detailed explanation of this problem for the accidental evolution of racialized intelligence.

There is no doubt that individuals differ in their cognitive abilities. There is also no doubt that some of those differences result from genetic sources and some from environmental sources. Determining the balance between the two has been at the center of some of history’s most contentious debates, beginning in the Western world with Greek philosophers (Aristotle). Support for the ideas that genes played the most significant role in determining cognitive abilities and that such abilities were racially differentiated reached gale force in the 19th and 20th centuries with the ideas of people like Arthur de Gobineau, Francis Galton, Madison Grant, Ellsworth Huntington, Charles Davenport, Audrey Shuey, William Shockley, Arthur Jensen, Richard Herrnstein, Charles Murray, J. Philippe Rushton, Richard Lynn, Stephen Hsu, and many others. The vast majority of these individuals were males of European descent. Originally the genetic determinists based their conclusions on the design of a white supernatural entity (Agassiz’s zones of creation: Agassiz felt that the separate Adams and Eves had been created to occupy specific zones of the Earth—tropical, temper- ate, arctic—along with their associated fauna and flora). When special creation was debunked, they shifted their arguments to evolutionary foundations of differential adaptation favoring greater intelligence among Eurasians. They utilized their scientific expertise to seize the scientific high ground against their opponents. They proposed plausible evolutionary scenarios to explain Eurasian superiority based on winter adaptation and r- and K-selection life history theory.

The problem with all of this, of course, is that their science was and is wrong. There is no a priori reason to believe that winter is any harder to deal with than tropical conditions. Simplistic statements like “planning was necessary to address the lack of food in winter” ignore the fact that the tropics have seasonal variation as well, such as the rainy season, whose problems also need to be solved. To support their claims, proponents of racially based differences in cognitive abilities adopted the tools of modern genetics as soon as they were available. In the late twentieth and early twenty-first centuries, they rapidly deployed NGS tools to search for the enigmatic foundations of greater human intelligence, and they failed utterly. When that failure became apparent, they shifted their search for the genes
supporting educational attainment. Those studies, with larger cohorts, performed slightly better, but even the proponents of the approach had to admit that social, cultural, and environment influences play a substantial role in determining who gets educational opportunities and who does not.

I am not the first scholar (anthropologist or biologist) to take a stand against this pseudoscience. Franz Boas and his students (e.g., Ruth Benedict) took on this struggle in the early twentieth century; Ashley Montagu in the 1940s, Montague Cobb (an African American anthropologist) and his students in the 1950s, and Stephen Jay Gould and Richard Lewontin (and a host of others) in the 1970s all battled against this nonsense. I am the first African American evolutionary biologist to do so, and my training as an evolutionary biologist provided me with important skills that allow me to powerfully critique the logical fallacies so deeply interwoven in this program of disinformation.

Buy A Voice in the Wilderness by Joseph L. Graves Jr. here.