So that’s what happened to Luke 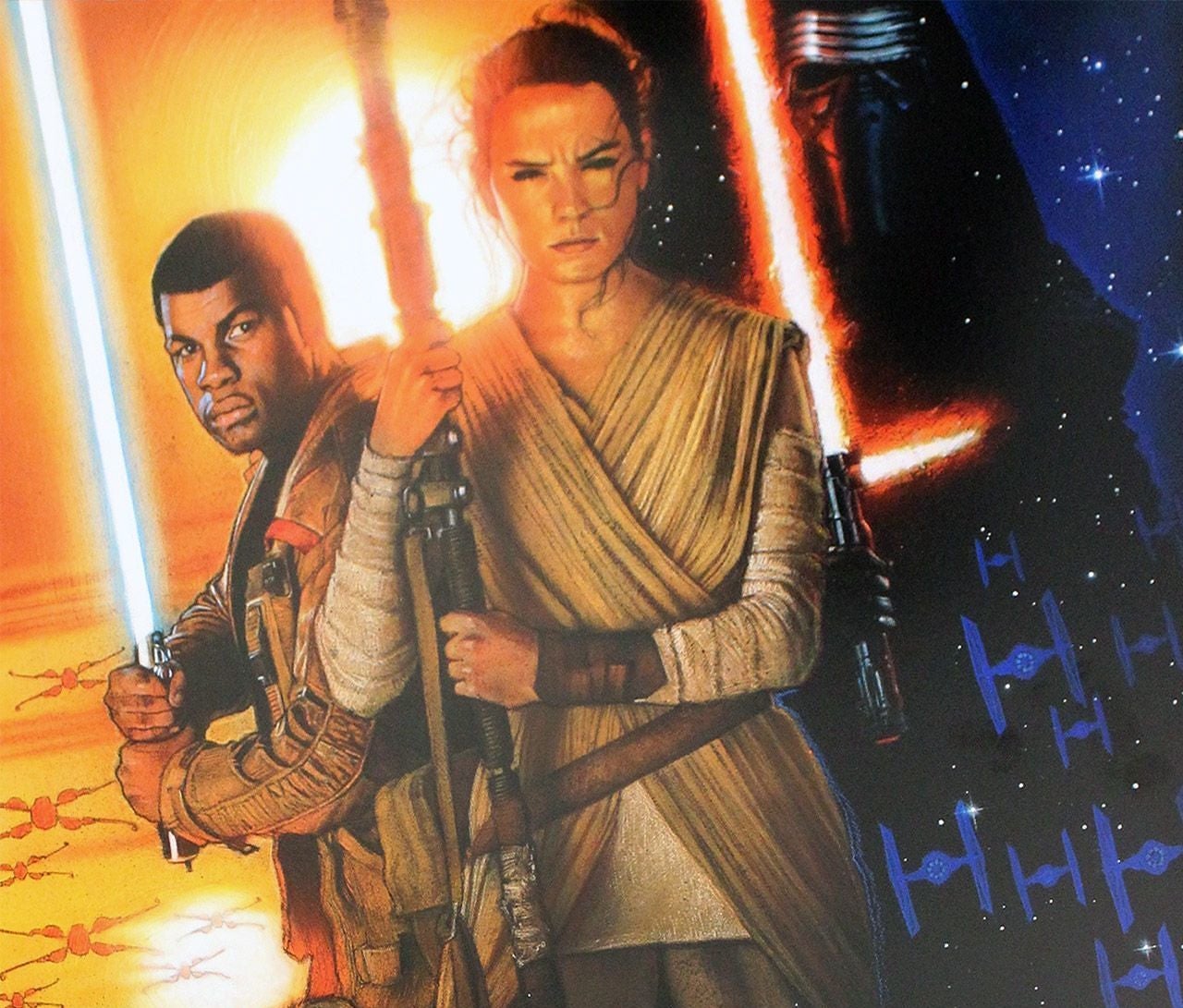 An entire decade has gone by since Lucasfilm released the final Star Wars prequel flick. But when Disney acquired the studio back in 2012, the company promised a steady stream of movies set in the galaxy far, far away to continue the story set forth in the first six episodes. Star Wars Episode 7: The Force Awakens is the first of a new era for the franchise. And we can comfortably say that this more modern take on the Star Wars film is a refreshing change, arguably the best one in recent years, and fun for the whole family. 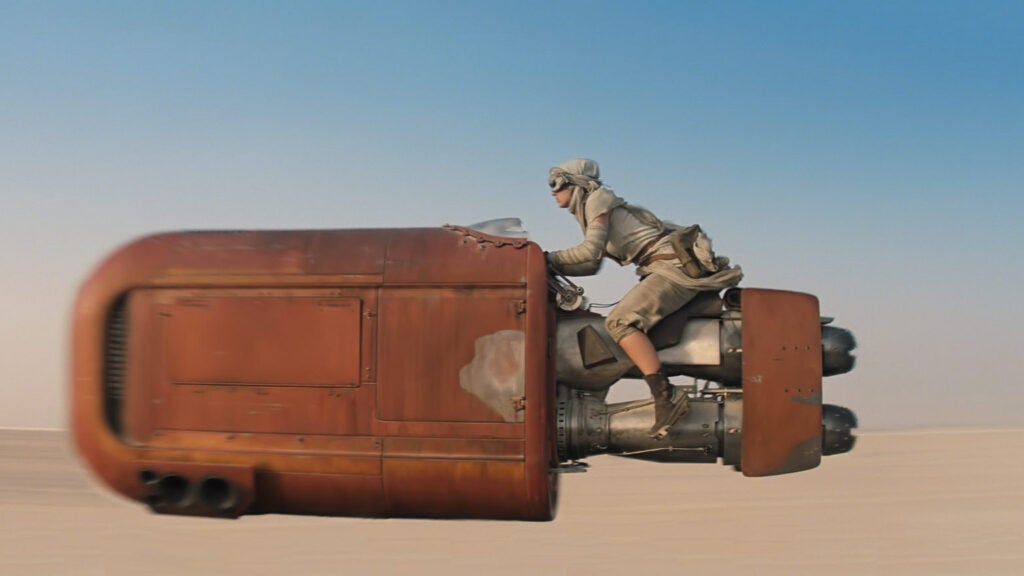 Rey on a mission

The most fun of Star Wars Episode 7 is getting to know the new characters. We’re initially introduced to Poe Dameron—an X-Wing pilot and owner of the fan-favorite BB-8. Within moments we see how this Star Wars film sets itself apart from the other newer entries, when Poe can’t decide who should talk first: he or Kylo Ren. And in the very same scene we see a second way—stormtroopers (on screen) finally thinking and acting on their own. Enter Finn.

Storm Trooper number FN-2187 became Finn when he decided to renounce the ways of the First Order—putting to bed rumors that he was a member of the rebellion posing as a Stormtrooper. Though, throughout the movie, Finn had no problem lying to others about his rebel allies, it’s clear why John Boyega’s Finn wanted out. Episode 7’s updated version of the Imperial Army is much more terrifying than what we saw in A New Hope, Empire Strikes Back, and Return Of The Jedi, if only for the clear feelings to Nazi Germany Disney is choosing to evoke. Turning a new leaf, Finn helps Poe escape—beginning the best bromance in The Force Awakens. But a crash landing of their ship has them once again returning to the desert planet of Jakku where we meet another new, yet important, character: Rey.

You may have seen Finn wielding a lightsaber in the promotion material for Star Wars Episode 7, but one of Force Awakens best kept secrets is the force-user in this new group. Only towards the end of the movie do we start getting hints that Rey might be a bit more powerful than we have been led to believe. Confirmation comes directly after hints as Rey learns how to use Jedi Mind Tricks and the force’s telekinetic powers all too quickly. But we’ll chalk it up to her fight-or-flight responses kicking in. 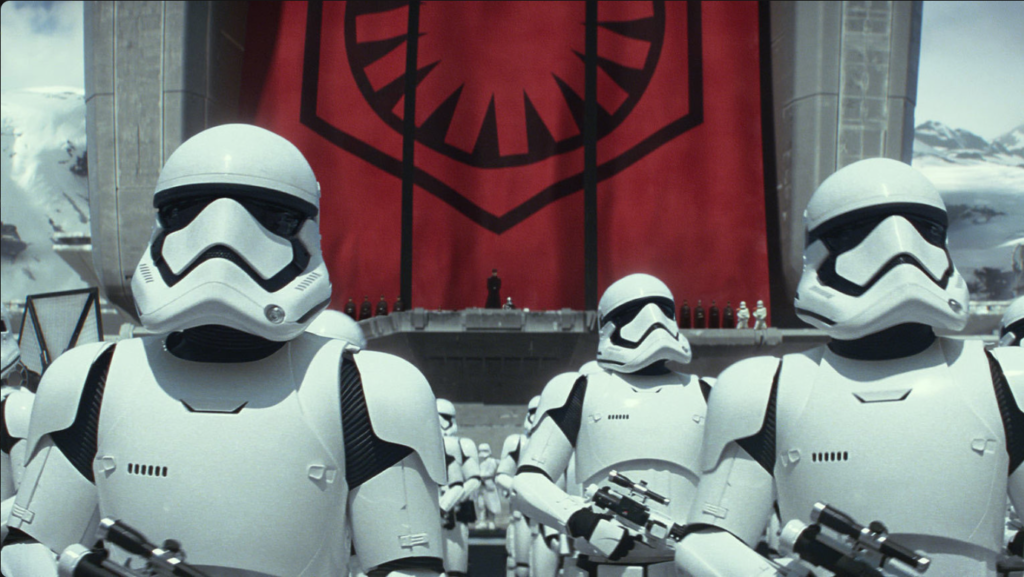 There are no heroes without villains, of course, and Kylo Ren majestically fills that role. Han and Leia’s son Ben also demonstrates that he has a powerful command of the force, using techniques we haven’t seen on-screen before and powers we don’t fully understand. The Sith shows he can, in a sense, freeze time in an area to stop people and even laser blasts. Ren also shows that he can read people’s feelings and possibly even thoughts when offering his entire focus. While many fans were confused as to the practicality of his lightsaber with a light-hilt, using it to his advantage in the duel against Finn’s traditional saber proved its usefulness.

Star Wars Episode 7: The Force Awakens will be known for the many occurrences that fall in-line with the original movie that first premiered in 1977. A scene early on trusting a droid with a secret message? Check. A desert planet containing our main character force-user with parents of mysterious origin? Check. A “that’s no moon”-sized ship capable of destroying planets? Check. However Force Awakens will be known just as much for its differences.

The humor found in the movie’s dialogue from Finn, Rey—and almost everyone, really—has a Whedon-esque touch that I appreciated. Small changes like seeing different angles beneath and next to imperial starships during transitions led to some beautiful eye-candy. And a broader color palette of racial backgrounds is a welcome change from the original movies’ theme of “White People and Lando.” The actors in this movie are a nice balance of newer names like Boyega and Daisy Ridley, as well as older favorites like Game Of Thrones’ Gwendoline Christie, Lupita Nyong’o, and even Daniel Craig, Bill Hader, and Ben Schwartz. Seeing Adam Driver’s face as Kylo Ren added a nice touch to the ominous figure impersonating the persona of his Grandpa Anakin. While removing the mask humanized Ren as the troubled son of Leia and Han, I couldn’t help but feel like I was watching a Girls episode when suddenly Driver’s normal voice and face were revealed. 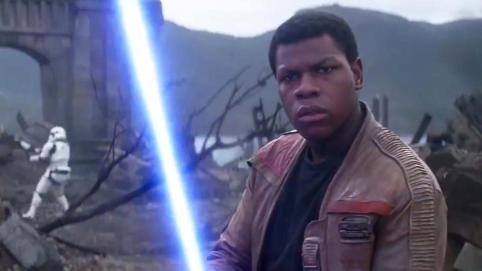 More important than what this film has shown us is what it has left to reveal. Kylo Ren is set to receive added training in the ways of the Sith. Which he needs, apparently, seeing as he can’t take down foes with literally no training in how to use a lightsaber. But Rey, too, will receive training from the legend himself, Luke Skywalker. And Luke will have the honor of training the first female jedi and main character to grace the big screen (sorry Ahsoka, you were close). Who better to train her than Kylo’s Uncle Luke—once again placing emphasis on the importance this one family has to the Star Wars universe. Episode 7: The Force Awakens is a wild ride bound to please any Star Wars fan. But perhaps the best parts of Disney’s introduction to its version of Star Wars are the questions that remain unanswered.