Apple, through powers of both good and evil, always finds a way to captivate like no other with their new...

Apple, through powers of both good and evil, always finds a way to captivate like no other with their new product launches. But in unveiling the iPhone 4 today, they had an unfamiliar challenge to deal with: a world that has already seen in great detail the new product they were about to announce, thanks to Gizmodo’s mega-leak in April. So this time around, Apple had something more to prove: what exactly about the new iPhone 4 is new today? 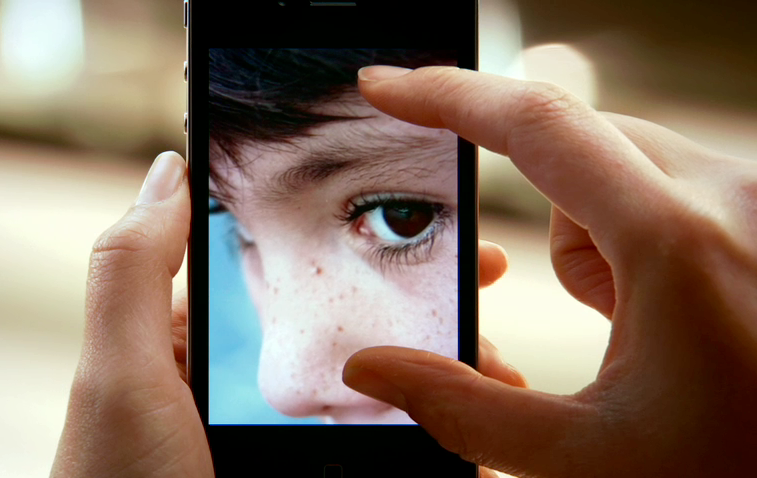 We knew the next iPhone would have a higher-resolution screen, but the specifics are in, and they’re pretty impressive. 960-by-640 pixels crammed into the same 3.5-inch screen of the 3GS. They’re calling it the “Retina Display,” and claiming it’s the highest resolution screen ever in a phone (it bests the HTC Evo 4G’s ginormous 800-by-480, 4.3-inch screen in both resolution and pixel density). Apple is clearly looking to recreate the “wow” factor of the iPad’s high-res, color-rich screen by bringing 78 percent of the iPad’s total pixel count to a screen less than half its size. Jobs claimed on stage that the human eye, from 10 to 12 inches away, can discern detail in a screen at up to 300 pixels per inch. And the iPhone 4’s screen has 326 ppi, which means sharper text and UI elements all around (which will be natively up-res’d to some extent in existing apps).

Engineers have made great strides lately in making gyroscopes smaller, cheaper and more efficient, and they’re clearly part of the next-generation in mobile motion-capturing sensors. The power of ubiquitous, low-cost accelerometers was introduced to the masses in Nintendo’s Wiimotes, and since then they’ve trickled on down to just about every smartphone or mobile gadget on the market. And just as Nintendo achieved greater motion accuracy for their Wiimotes with the gyroscopic Motion Plus attachment, which pairs both sensors’ inputs into true 1:1 motion capture, Apple is adding a 3-axis gyroscope to the iPhone for the same enhancement–another claimed first for a mobile phone.

Gyroscopes add fine-tuned rotational detection to accelerometers’ ability to detect linear motion, so you can expect much greater accuracy from tilt-controlled games and other apps. Steve Jobs demonstrated a Jenga-like game for the iPhone on stage, and all I can say to that is yes. The video below, made by the same folks who created the gyroscopes used in the Wii’s Motion Plus, does a good job of explaining the difference between the two sensors and why it matters:

Several smartphones on the market now can capture the same 720p, 30fps video added to the new iPhone 4, but in addition, Apple demoed an impressive mobile version of iMovie that brings insanely powerful-looking onboard editing, rendering and export to your phone. Other phones can edit video too, sure, but what Apple showed today seems to go well beyond what’s currently offered. If it works as advertised (and that’s a big if, considering that I find the current desktop version of iMovie the most frustrating piece of software on my Mac), this is a huge leap forward. 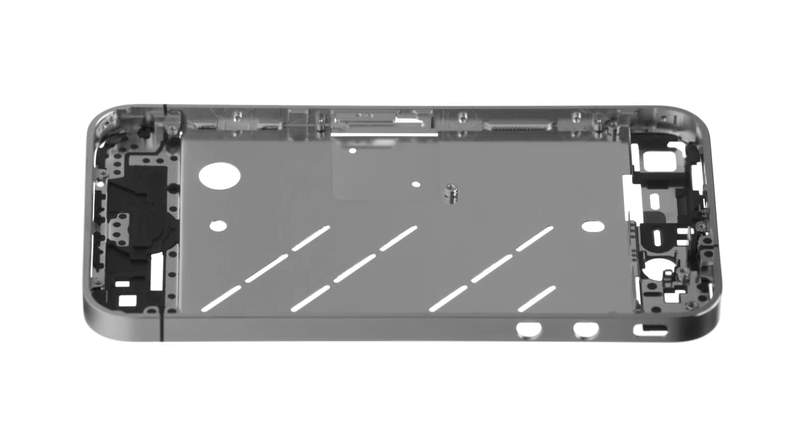 A stainless steel chassis doubles as an antenna

Apple loves their engineering wizardry, and with the iPhone 4, those strange gaps in the side of the frame that to many seemed unfinished have been revealed as something a bit more interesting: the stainless steel rim of the phone does double duty as a multi-purpose antenna for the phone’s wide range of radio communications. It’s crazy to think of how much transmission takes place, with GPS, Wi-Fi, Bluetooth, 3G data and cellular voice all having their own communications bands. Apple didn’t hype any monumental gain in reception, but they did cite the antenna as the key to freeing up more room for a bigger battery that adds 40 percent more talk time. 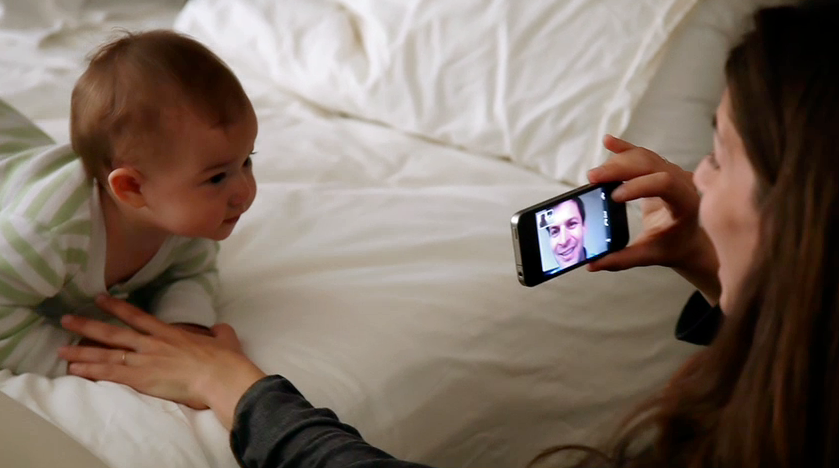 Apple is promoting the iPhone 4’s video calling, dubbed FaceTime, as a paradigm-shift in human communication. Maybe you’ve heard that before describing various video-calling products over the last decade, at least? So I’m not buying the brain-melting power of a video call on my iPhone just yet. What’s interesting, though, is Jobs’s announcement of FaceTime as an open standard. Details are vague at the moment, but if FaceTime became a de facto option for video calling on a host of different devices with webcams (and “just works” as so many Apple products claim to do), that could be an interesting development.

Also, for now, you’re limited video chatting in a place with Wi-Fi, as the demand on AT&T’s network would be extreme.