An AI camera and a bigger battery: what to know about the Samsung Note9 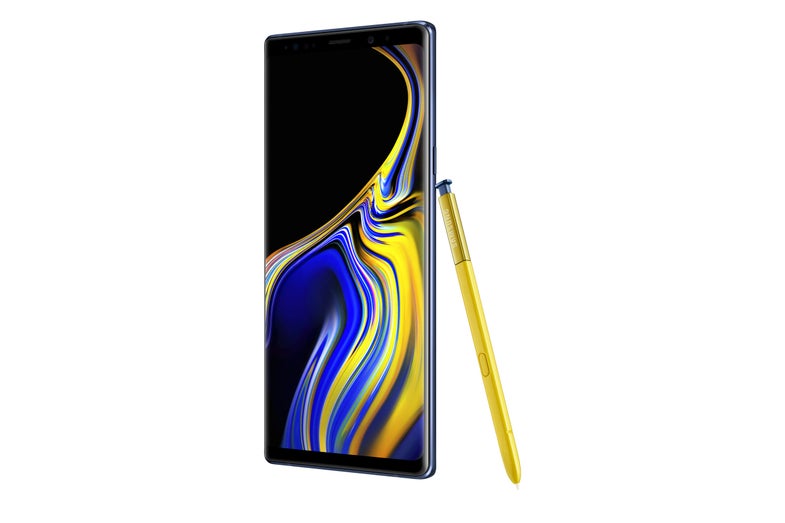 Samsung’s Note line of phablets came back from the near-dead last year. That’s when they released the Note8, following the massive recall of their Note7 line due to faulty batteries that caught fire. Today, the company announced the next version: the Note9. The standout features are an artificial intelligence component to the camera, a bigger battery, and a beefed up S Pen stylus.

The Note9 has a 6.4-inch AMOLED screen, up a tiny bit from the 6.3-inch display on the previous model. It’s what Samsung calls an “Infinity Display,” because it wraps around the side of the device. Like the Note8, it has two cameras arranged side-by-side on the back, with one for wide-angle shots and one telephoto module to enable optical zoom; both still have optical image stabilization. And like the Galaxy S9 and S9+, you can manually change the aperture on one of the cameras on the Note9, meaning you can set it open wider to capture low-light shots better, if you want.

The processor powering the Note9 is a Qualcomm Snapdragon 845, which is the same silicon in the Galaxy S9 and S9+, but more powerful than the Note8’s processor.

The new addition to the camera is a feature powered by artificial intelligence. The Note9 can recognize what’s in the scene before it—like food (for your brunch Insta shots), flowers, snow, or pets—and then optimizes the camera to shoot that stuff well. Samsung says it’s utilizing a common form of AI called a convolutional neural network to do this, and that the AI smarts happen on the phone itself, so no need for an internet connection. (While a very different kind of device, the Google Clips camera is also powered by AI that can recognize faces and expressions.)

What that feature means in reality is that when you point it at something like food, a little fork and spoon icon will appear on the screen at the bottom, in the center, to let you know it has recognized that whatever is on the plate is food.

Ditto, with flowers, and a little flower symbol. That’s indicating that ideally, the camera is optimizing itself to shoot that kind of scene well. Samsung says the AI can recognize 20 different scene types.

Another new aspect with the Note9’s imaging system is called “flaw detection.” Despite the name, it’s not a beauty-boosting app, but rather it alerts you if it thinks someone blinked, or the image was blurry, after you’ve shot. Then you can try again if you want. Or just embrace the fact that your photos, life, and everyone you know are full of flaws, and live with it.

This is a different approach to improving camera performance from other manufacturers like Huawei, which has taken to adding more and more cameras to the device itself.

The battery powering the Note9 is bigger than before. The one on the Note7 (and the Galaxy S9+, if you’re keeping track) was 3,500 mAh, the Note8’s was 3,300 mAh, and this one is 4,000 mAh. Samsung says that it’s subject to their own internal 8-point battery safety review and that check is “validated” by both Underwriters Laboratories (UL) and a company called Exponent. While they don’t give an estimate of how many hours the battery will last as it is powering all your food and flower shots, they do say it’s intended to go all day. Samsung also added a larger internal cooling system to the device.

The S Pen stylus, which slides in and out of its long garage on the right side of the device, has some new abilities, too. It now connects to the phone via Bluetooth, and is powered by a supercapacitor. What that means is that you can use the S Pen as a remote to do things like activate the camera and then snap a photo, so you don’t have to actually push a button on the phone when taking that pic.

The handset will come with two color options: lavender purple and ocean blue. The blue one has a yellow-colored S Pen, because those two hues are nice together. You can get it with either 128GB or 512GB of storage. Like its predecessor, the device has am IP68 water and dust-proof rating. Take note if you’re interested in the Note: Preorders start on August 10, and it will be on sale in stores on August 24.