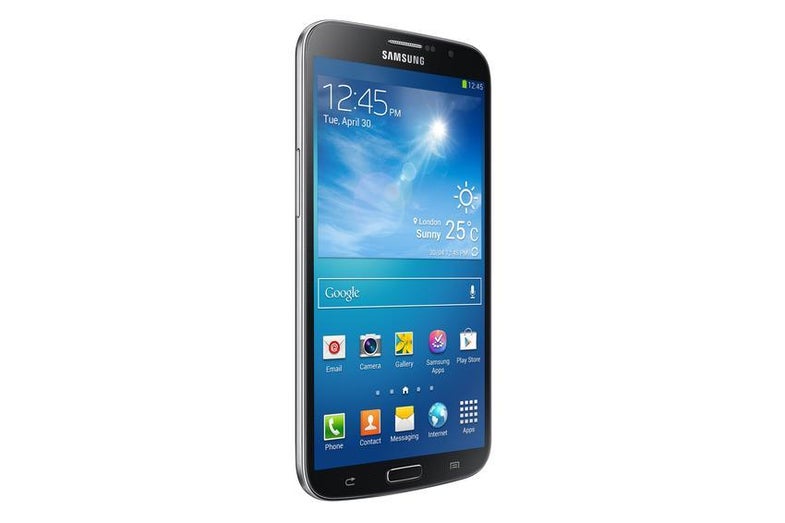 Somewhere at Samsung’s sprawling campus, deep in the headquarters of the mobile phone division, there is a PowerPoint slide with a simple line graph. On one axis is “sales,” and on the other is “screen size.” The graph shows a positive correlation between the two.

The executives look at this graph often. Whenever a reviewer says phones like the newly announced Samsung Galaxy Mega, which has either a 6.3- or 5.8-inch screen, whichever you prefer, is absurd to use, that it requires two hands, that its screen sucks up battery life, that it doesn’t fit in a pocket, that when you use it to make phone calls you look like a child with his head down on a school desk, that these phones represent the worst tendencies of Samsung, a company with the creativity and aesthetic sensibility of a bundle of Swiss chard–the executives point to this graph. “But look,” they say, with the tone of a parent explaining the ways of the world to a toddler. “The line goes up.”

And so Samsung continues on the path laid out by this graph, blowing past the 6-inch mark with a phone that is larger than several gadgets called “tablets.” We can talk about this phone in terms of “feet” now. This phone is over half a foot long. That is a fact, with numbers.

This phone has middling specs. It’s not even as fast, in the oblique and increasingly useless list of numbers that constitute “speed,” as the Galaxy S 4. I won’t list them here. You can’t make me.

The Samsung Galaxy Mega will be available in May, starting in Europe.