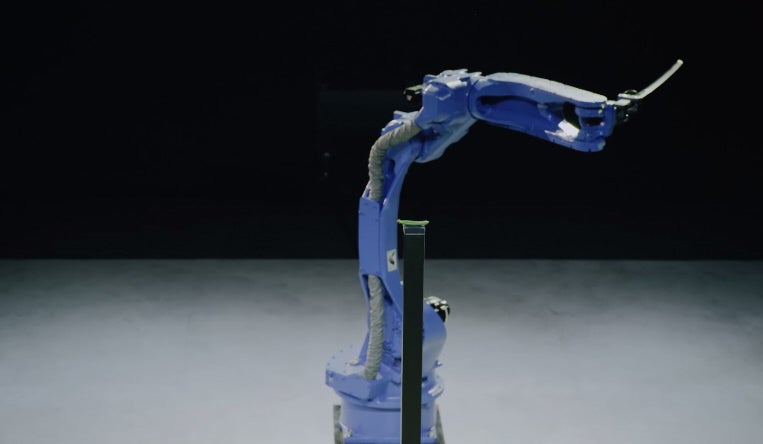 For thousands of years, nothing on Earth was deadlier with a sword than a human. People have since largely moved on from slicing weapons to firearms and explosives, but the art of swordsmanship remains a squarely human domain. Or at least it did, until researchers in Japan started teaching freakin’ robots how to swing swords.

In April, Japan’s Nimiki laboratory gave a robot arm a foam sword, paired it with high-speed mechanical eyes, and taught it how to duel a human. Perhaps teaching a robot how to fight a human isn’t the best course of action. Is there another way to show off the finesse and prowess of a machine arm wielding a sharp blade that doesn’t involve training it on a human?

Thanks to Yaskawa, a multinational company with roots in Japan that specializes in servos and motors for servos, the answer is yes. For their “Yaskawa Bushido Project”, the company joined with Isao Machii, a master of the Iaijutsu sword fighting technique. Side by side, Machii and a Yaskawa Motoman MH24 robot arm completed five challenges, at first slicing their way through flowers, fruit, and peapods. They then rapidly cut a thousand times into practice targets. At the end of that last trial, Machii looks exhausted, but his unfeeling machine counterpart is as ready to go as ever. It’s a good thing it can’t walk.

Watch the robot swing its sword below: