Computer Chips Can Now Be Made From Wood 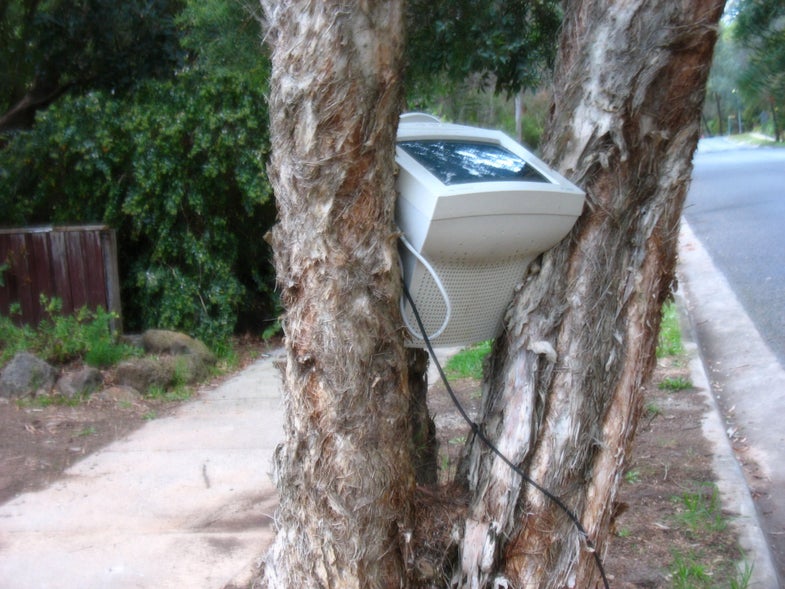 The woods are lovely, dark, deep, and filled with potential computer components.

In a paper published in Nature Communications this week, researchers announced the construction of computer chips made from wood.

But don’t expect to see hipsters advertising hand-carved artisan computer chips. The wood product that the scientists are using is called cellulose nanofibril, or CNF. It is thin, flexible, and when a layer of epoxy is applied, it doesn’t expand or attract moisture like wood normally does (think of a warped board–not something you want in a computer). The researchers were able to use CNF as a substrate or base layer for electronic circuits in lab tests, and they hope that their invention will be an eco-friendly solution to a growing electronic waste problem.

Wood is a renewable resource, unlike a lot of the petroleum-based alternatives that manufacturers use to build the bases of modern computer chips. But wood has another advantage: it can degrade.

“The majority of material in a chip is support. We only use less than a couple of micrometers for everything else,” lead researcher Zhenqiang “Jack” Ma, said in a press release. “Now the chips are so safe you can put them in the forest and fungus will degrade it. They become as safe as fertilizer.”

It will be years before computers containing wood-based computer chips hit store shelves, but computers as fertilizer isn’t a totally crazy idea.

Society tends to treat electronics as disposable commodities. But unlike a glass bottle that gets recycled or food that hits a compost heap, once that broken laptop heads into the trashcan, it doesn’t disappear.

Every year, 3.2 million tons of electronic waste are thrown out in the United States alone. Organizations are trying to recycle the waste or mine it for valuable resources like gold, but there’s still a ton of electronics (well, a few million tons) headed for the landfill.

By changing the materials that we build electronics with, Ma, and others like him (another team is building dissolvable circuits) are trying to deal with the e-waste problem at the start–long before your phone gets stepped on or your computer crashes. Instead of waiting until they’re headed to the trashcan to clean up the waste, they’re tackling the problem at the very start of the supply chain.