Fiat Chrysler may have lied about toxic car emissions 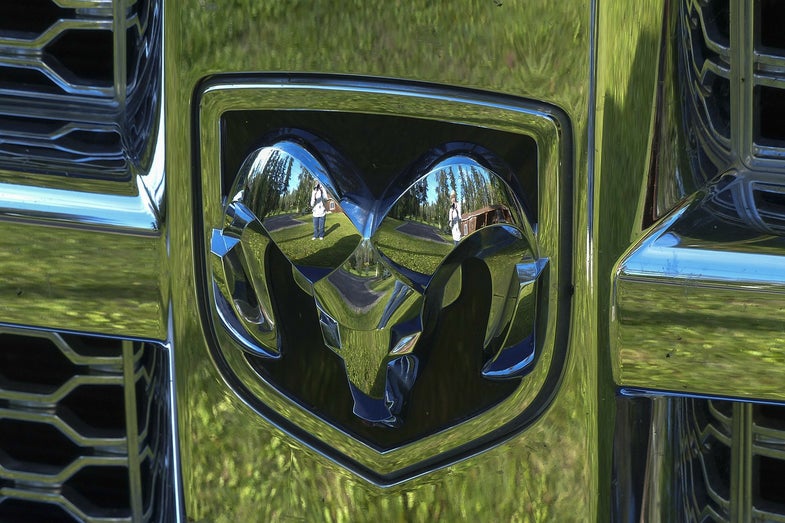 According to the U.S. Environmental Protection Agency, Fiat Chrysler is the latest car manufacturer to use secret software to violate the Clean Air Act.

The EPA notified Fiat Chrysler on Thursday that is has reason to believe the company used software to alter emissions systems in its 2014, 2015, and 2016 Jeep Grand Cherokees and Dodge Ram 1500 trucks with 3.0 liter diesel engines. As a result, some 104,000 cars might be pumping illegal quantities of dangerous nitrogen oxide (NOx) into the atmosphere.

This announcement looks an awful lot like an earlier scandal for Volkswagen, which admitted to using its own software to cheat on emissions tests after investigations by the EPA.

Volkswagen essentially built cars that looked up to snuff. They had catalytic converters designed to recycle some of the gases created by the car, and the vehicles passed their emissions tests. But the company secretly introduced software that reduced the impact of these emissions valves when real drivers were on the road, thereby pumping more NOx into the atmosphere.

Unlike nitrous oxide, the much-loved laughing gas, nitrogen oxides create acid rain and smog. The gases are also associated with a number of respiratory illnesses like asthma and chronic pulmonary obstructive disorder. The Volkswagen cars, which emitted NOx up to 40 times higher than the EPA’s limit, will ultimately cause around 60 premature deaths in the United States, according to researchers at MIT.

When caught, Volkswagen officials said the company took these risks because it wasn’t able to build a diesel engine that met emissions standards fast enough. Some reports indicate that Volkswagen was also motivated by a desire to improve the way the car drove by giving it improved acceleration and torque.

Regardless of Fiat Chrysler’s motivations, the EPA made clear its intent to pursue it and other companies believed to have violated emissions laws. Mary D. Nichols of the California Air Resources Board, which also pursued Volkswagen, put it bluntly in a statement from the EPA: “Once again, a major automaker made the business decision to skirt the rules and got caught.”

Fiat Chrysler Chief Executive Sergio Marchionne denied the EPA’s allegations, according to Reuters. But that hasn’t stopped the company stock from sliding, with a $2.3 billion loss in stock value as news of the EPA’s letter was made public.

That cost is likely to grow. Reuters reports that if the EPA is proven correct and Fiat Chrysler really did violate emissions rules, the company could be forced to pay out as much $44,539 per vehicle.