What makes up a speaker: Understanding audio reproduction

From full-range drivers to subwoofers, not all speakers are created equal. Here’s a breakdown of what makes up a speaker and what to consider when you’re buying. 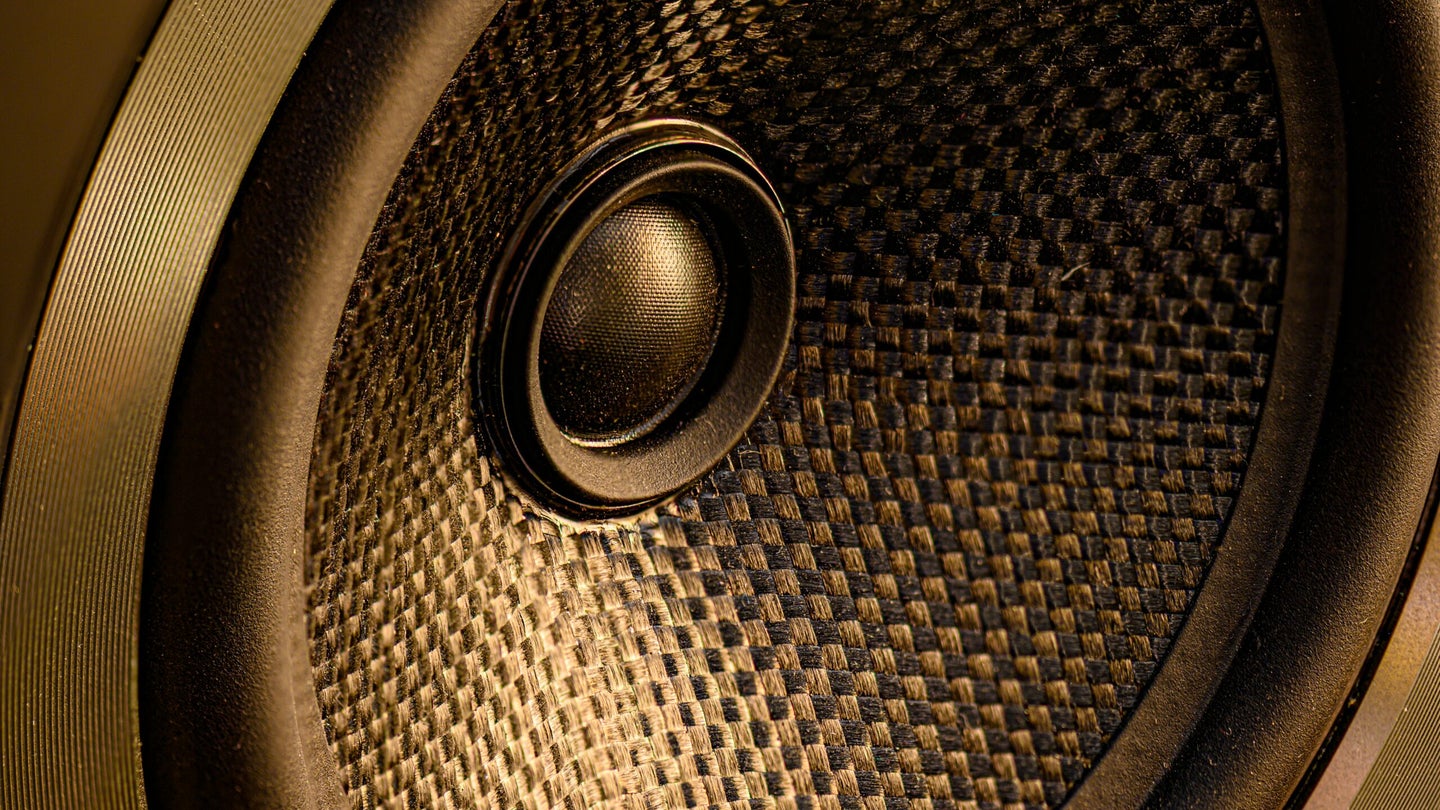 Know your speakers inside and out. Scott Major, Unsplash
SHARE

Few modern electronic devices are as ubiquitous—and taken for granted—as the humble loudspeaker. A useful way to project and reproduce sound with a surprisingly simple design, speakers have been helping blast everything from weather reports and headlines to Top 40 and talk radio to society at large for decades. Not a lot has changed in the general makeup of the devices since German inventor Philipp Reis modeled the first loudspeaker as a component of a telephone-like device in 1861, but today’s models are more finely tuned than ever. Whether you’re in the market for a new piece of audio gear or you just want to brush up on your knowledge of this mighty invention, this crash course will get you up to speed on what makes up a speaker.

To reproduce audio, a dynamic speaker—also known as a driver—translates an electrical current into sound. Within the base of every driver, two magnets precisely oriented opposite each other create a magnetic field. Inside this field, a rigid suspension holds a flexible coil of copper wire called a voice coil. When the signal comes in from the source (be that radio, CD player, TV, or iPhone), the suspension and coil rapidly vibrate. Those vibes transfer to the speaker cone, which alters the pressure of the surrounding air molecules, ultimately translating the energy into sound waves.

Because a speaker’s own vibration can compromise its stability, its basket (a catchall term for the cone, coil, and suspension) needs to be constructed from rigid, break-resistant materials. The most common materials in a basket are aluminum, steel, plastic, and paper. This consideration also extends to speaker housings, as well, which are commonly constructed from medium-density fibreboard or wood and require precise engineering and machining to ensure that errant vibrations don’t cause unwanted rattling.

What makes up a speaker? Piecing it together

Entire loudspeaker units are often composed of multiple drivers in a single enclosure. This can get confusing, as “speaker” is used to interchangeably refer to either a single driver or an entire multi-driver unit.

Because loudspeakers are differentiated by their number of drivers, this is by far the most important term to keep in mind when shopping for one. Some models may have a single driver that reproduces the entire frequency spectrum, while others may use an array of drivers, each with its own specific frequency range. The suite of drivers in a given enclosure works together to create a full sound.

The aptly-named full-range driver is an individual speaker designed to reproduce the widest possible range of frequencies without assistance from other drivers. Because they can operate independently, full-range drivers can be incredibly cost-effective for manufacturers to produce—and space-efficient for consumers. This is also why they’re one of the most common drivers around, found in radios, televisions, Bluetooth speakers, and other compact electronics.

While full-range drivers aim to reproduce as many frequencies as possible in a single unit, this design still has its limitations: Single drivers often struggle to reproduce every audible frequency at an equal volume. This can result in over-emphasis of certain sounds and ultimately an inaccurate representation of the audio source. Some manufacturers attempt to offset this shortfall by adding extra material to the driver’s cone so high frequencies ring better, or by placing the driver in a resonant enclosure (i.e., one that’ll amp up echoes) to boost bass.

The most common solution to the limitations of a full-range driver is to split up the work between several ones with different frequency ranges. In these multi-driver units, a midrange driver handles the bulk of the audio spectrum, covering frequencies that range anywhere from 200 Hz to 5,000 Hz—the most critical range for human hearing, encompassing speech and the fundamental tones of most musical instruments.

Since they excel at reproducing the bulk of audible frequencies but don’t need to reproduce the lowest ones in the audible spectrum, midrange drivers are often smaller than full-range drivers. This makes them an efficient and ideal choice for use in smartphones and other small, portable devices where you can sacrifice deep bass response.

Woofers and subwoofers are drivers that cover the lowest range of sound, with some reaching the bottommost bounds of human hearing at 20 Hz. In listening environments, adequate low-frequency response is critical for delivering an immersive level of cinematic rumble. Due to the power required to accurately reproduce this frequency range, this can’t be achieved without a dedicated woofer or subwoofer outfitted with a large driver, which is why the best multi-speaker soundbars and other packages usually include a standalone subwoofer.

The low-frequency vibration created by a woofer is particularly prone to causing rattling within the speaker basket and the enclosure itself, so precision and care are required in the construction of these units. Often, manufacturers include damping materials like closed-cell foam within the enclosures, which can absorb low frequencies within the unit and mitigate the transfer of vibration to the room and walls.

The last common type of driver you should know is the tweeter, which is fine-tuned to reproduce the highest frequencies of the audio spectrum: between 2,000 and 20,000 Hz. Unlike other drivers, which utilize cones and have a practical upper limit of about 15,000 Hz, most modern tweeters use a diaphragm, or dome, of material—like silk or polyester—to excite air molecules and reproduce high-frequency audio. Tweeters most frequently sit near the top of multi-driver speaker systems and are usually less than 1 inch in diameter.

A special electronic circuit called a crossover piece all the drivers together. This circuit sorts frequencies and sends them to the appropriate driver. For example, in a three-driver speaker, the crossover sends high frequencies to the tweeter, middle ones to the midrange driver, and low ones to the woofer.

Some last words on what makes up a speaker

Considering how effective speakers can be at reproducing audio with clarity and accuracy, the principles upon which they’re designed are incredibly simple. You’re likely to encounter full-range drivers and midrange drivers operating independently when listening to music on a smartphone, a television, or a pair of headphones, while most bookshelf speakers, studio monitors, and home theater systems are likely to incorporate multi-driver speakers that utilize crossovers. Even though their design has held steady for decades, the sheer volume (get it?) of options now available—from Bluetooth boxes to home-theater setups with six or more speakers—means understanding the fundamentals of what makes up a speaker is essential to scoping out a setup that sounds right for you.