New features in the latest Android reflect a growing trend of people trying to separate from their devices. 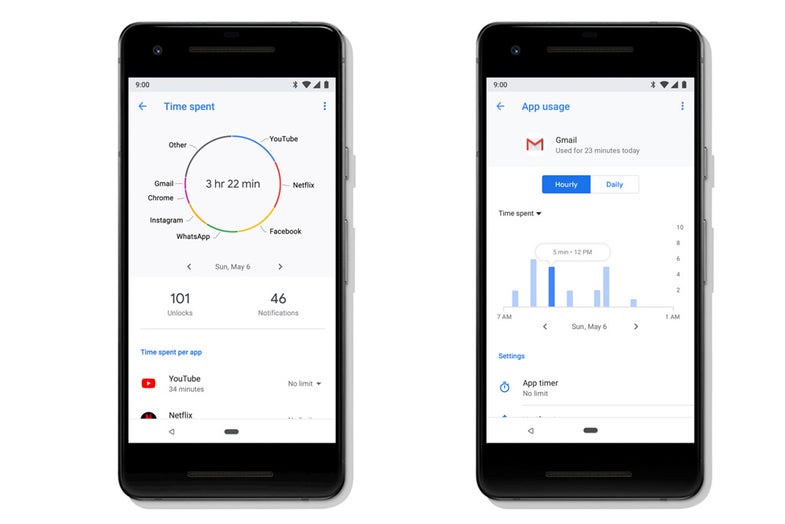 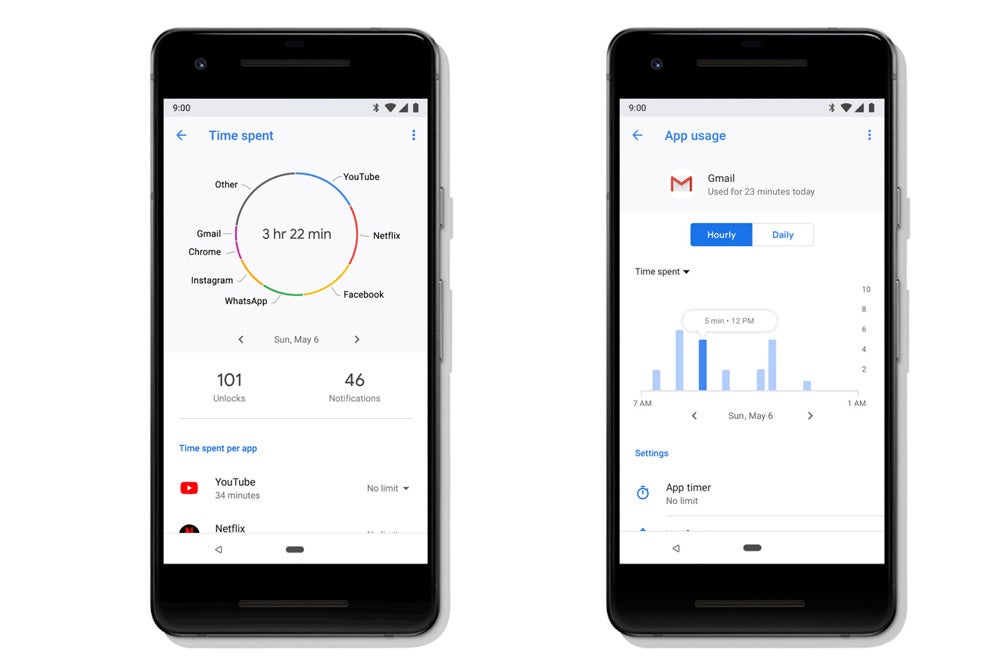 The new Dashboard will show users how much time they spend interacting with various parts of their smartphone.

I look at my phone too much. I’ve never actually tracked the amount of time I spend staring at that little slab of magic, but the ease with which I slide it out of my pocket and in front of my face tells me that it’s something I do far too often. I’m not alone. Earlier this week, Google’s CEO, Sundar Pichai, said that up to 70 percent of users want help “striking a balance” when it comes to device usage. And that’s just the people who are aware of the issue—or at least those who are willing to admit it.

The new version of Android, however, (known right now as Android P) includes some built-in features to help kick the habit. And while some of them sound very promising, they can only really help you if you want—and are able to—make the change.

Self-realization by the dashboard light

The new Android features are part of what Google calls its “Digital Wellbeing” initiative. The company has obviously seen some of the troubling numbers about the negative effects of too much smartphone usage. A recent small study found a correlation between smartphone usage and a brain chemistry imbalance in young people.

The most high profile feature in Android P to tackle this problem is an app called Dashboard. As the name suggests, it’s a home base for all kinds of statistics about how you use your phone. It tells you how many times you’ve unlocked your device, as well as how much time you’ve spent consuming content on YouTube. It also knows how much time you’ve spent in other specific apps. It’s a nod to the typically nebulous time suck that typically happens when you’re mindlessly staring at your phone while in bed or waiting around for friends.

Dashboard is about mindfulness. “This kind of feedback will help some people regulate their behavior,” says W. Keith Campbell, a psychology professor at the University of Georgia in the behavioral science program. “But it won’t work for everyone. Restaurants put calorie counts on menus and that kind of information can provide self-realization, but it won’t necessarily cause a change in behavior.” He says a person still needs to have an interest in changing the way they operate for it to be a real catalyst.

This isn’t an entirely new concept. There are apps on various platforms right now that allows you to track and visualize your usage. QualityTime, for instance, is a well-known Android app that lets you analyze your usage at a granular level, including things like how many times you’ve entered your pin, and it learns about your habits, like when you use your phone most. Moment is another popular company that allows you to view your smartphone habits. Of course, those two apps require that you download another app and share your data with another company, whereas now Android is doing it within its own infrastructure. 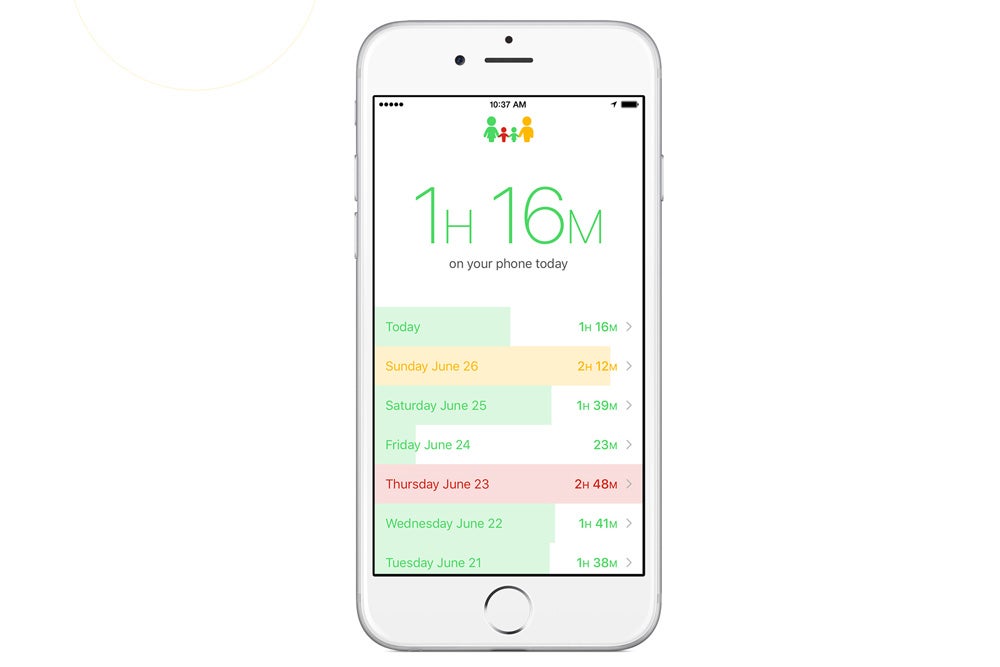 Google is entering a field that has been growing for the better part of this decade. QualityTime is a standalone app that helps you track your usage.

The iPhone has long allowed you to customize its Do Not Disturb mode, letting important contacts get through and blocking out the rest of the world. Android P is adding that feature, as well as a new mode called Shush that can completely silence all types of notifications when you flip your phone over onto its face.

While Shush is a great feature, it still requires willpower. “Imagine your phone is a cake,” says Campbell. “If you’re carrying that cake around, then you get bored or stressed, you’re probably going to end up eating the cake at some point. The point is different for ever person, but you’re constantly aware of the temptation.” Even beyond that, one study claims that the presence of a smartphone—even if it’s turned off—can reduce a person’s available cognitive capacity. 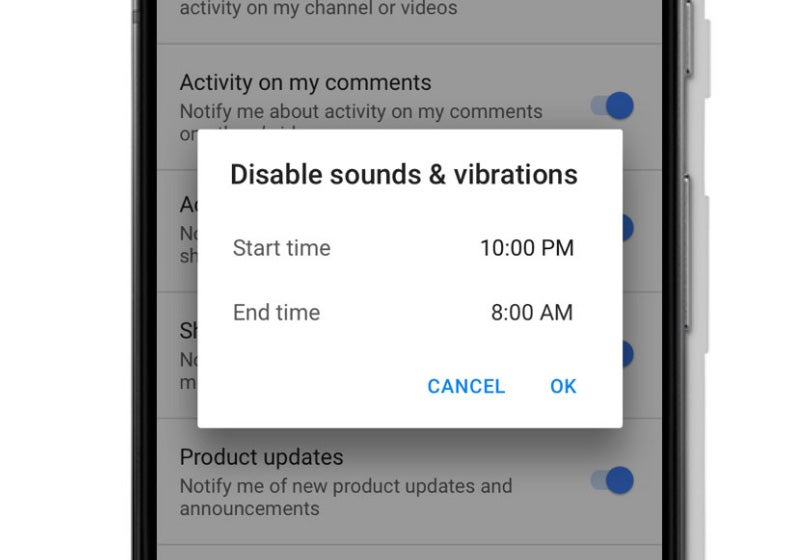 Setting your bedtime in Android P is designed to help stop you from wasting away hours on your phone during which you should be sleeping.

The last new tool Google announced is called Wind Down, and it lets users set a bedtime. As you approach that moment, your phone turns on Do Not Disturb mode and fades the color out of your screen to make it greyscale. Draining the color from your display is already a well-known tactic suggested by advocacy groups like the Center for Humane Technology, but there’s not really any data—at least of the publicly available variety—that says it really works.

Some advocates also recommend kicking your phone out of your bed, or out of the bedroom entirely, to keep yourself from slipping into the glow of your device once your head is on your pillow.

Why is Google trying to help us use our phones less?

At first, it seems odd for Google to find ways for users to spend less time interacting with their products. And while it would be nice to assume that it’s done entirely out of the goodness of its collective corporate heart, the company does have things to gain from its new Digital Wellness initiative.

One common suggestion for less screen time, for instance, is to delegate more tasks to digital helpers like the Google Assistant. As more of our homes and devices rely on connectivity, time spent away from our phones doesn’t necessarily mean time spent away from technology. Google clearly hopes to convert more users to its digital assistant platform—and interacting with your voice isn’t technically screen time.

Google isn’t alone in this issue. Earlier this year, some of Apple’s largest investors—including the California State Teachers’ Retirement System—sent an open letter to the iPhone maker, calling for more tools to help parents use devices “in an optimal manner.” It’s motivated in part by an American Psychological Association survey in which 48 percent of parents consider regulating their child’s screen time to be a “constant battle.”

Even the people who created the most addictive aspects of smartphones have recently decried the addictive nature of our smartphones. In a recent New York Times interview, Twitter co-founder Ev Williams went as far as to admit that “addiction was the goal,” in the beginning stages of social media adoption.

Swimming against the stream (of notifications)

For now, the strategy for mitigating smartphone addiction is to allow companies to self-regulate, if only because creating any kind of regulations on the topic is difficult until there’s more concrete research. If you feel like you’re spending too much time on your phone, you can check out apps like Moment and QualityTime on your own. You can also follow some of the recommendations from the Center For Humane Technology, which was founded in 2013 by former Google employee, Tristan Harris and has since become a leading voice in the digital wellness conversation. It suggests tactics, like turning your screen to black-and-white permanently and disabling notifications of every kind.

Campbell suggests finding a replacement for the time you would typically spend on your phone, like going for a walk, reading from a book, or really doing anything else that doesn’t involve crushing candies on a screen or continuously pulling to refresh your social media feeds.