You can trick your brain into using your phone less

Trick your brain into putting down the device. 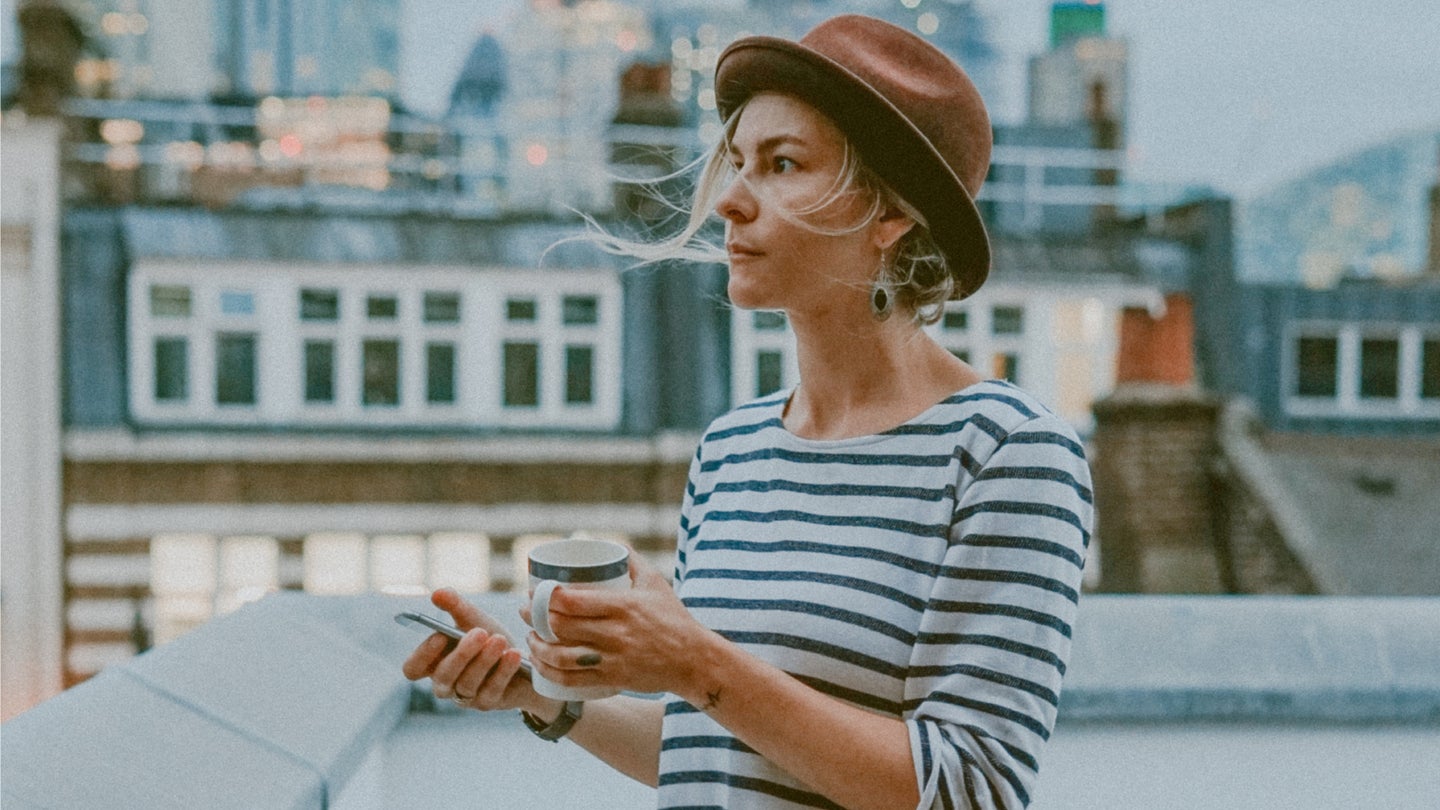 We know what you're thinking, but throwing your phone off the roof won't solve anything. Toa Heftiba / Unsplash
SHARE

This story has been updated. It was originally published on September 24, 2018.

Even when it’s silent, your phone is constantly begging for your attention. Maybe you get the urge to see what’s happening on Facebook, even though you just checked 15 minutes ago. Or you feel a phantom vibration in your pocket that turns out to be nothing. Increasingly, our smartphones have become more like appendages we can’t live without. Here’s how to wean yourself off your pocket computer… at least a little bit.

Why we’re so addicted to our phones

Psychologist Larry Rosen, author of The Distracted Mind: Ancient Brains in a High-Tech World, has been studying this phenomenon for a few years. The typical young adult, he says, unlocks their phone more than 70 times per day, checking it for 3 to 4 minutes before locking it, and then and repeating the same process about 10 minutes later.

“They’re checking, primarily, things having to do with communication,” he says. “Once we get on a social media site, we now feel a ‘social responsibility’ to check it, and to respond. They’re compelled to use these sites because all their friends are on them.”

As a result, research has found that the more time we spend using technology, the more negative ramifications we experience. Our behavior contributes to symptoms ranging from anxiety to stress to sleep disruption—not to mention hazardous walking. And the apps on your phone are designed that way.

“The companies that create these apps have a vested interest in you using them,” says Rosen. “They hire psychologists and behavioral scientists to help them figure out the best way to get your eyeballs there and keep them there. And they’re very good at that.”

That means when you set out to disconnect yourself, you’re constantly fighting a deck stacked against you. But there are a few things you can do to make this task less painful.

“First of all, you can’t detox cold turkey,” says Rosen. “Putting your phone away for the weekend might seem like an easy solution, but it’s just going to make you highly anxious.”

He’s seen this demonstrated time and again in the lab: If people receive a text, but they aren’t allowed to touch their phones, their galvanic skin response will spike, indicating an anxiety reaction. This stomach-twisting feeling happens to both heavy and moderate smartphone users. You’re probably familiar with it, and if not, you can see it demonstrated on Anderson Cooper in this 60 Minutes piece.

Instead of ditching the phone entirely, Rosen recommends a form of systematic desensitization, where you gradually expose yourself to its influence less and less.

[Related: The best ways to cut down your screen time across all your devices]

“I usually tell people to start with 15 minutes,” he says. “Check in with your phone or computer, then turn your phone on silent and set the alarm for 15 minutes. Put it in front of you, face down, so you don’t see any notifications.” Putting it in within your line of sight is key, Rosen says—this sends a signal to your brain that you don’t need to get anxious, because the device is still within arm’s reach.

Then, when that 15-minute alarm goes off, feel free to check your phone for up to one minute. Repeat that process until you don’t feel the urge to check—that moment when the alarm goes off, but you say to yourself “no, I’m right in the middle of something, I’ll check it in a bit.”

Once you’ve mastered 15 minutes, you can go up to 20 minutes, and so on. “I would encourage people to get up to checking at least every 30 minutes, because that cuts down that typical 15-minute behavior in half.” If you can get to a point where you’re only checking your email every hour, even better.

There is one period of time Rosen does recommend avoiding your phone entirely, however: at night. “Put your phone away an hour before bedtime,” he says. “This has been a standard recommendation from the National Sleep Foundation for decades.” Blue light can disrupt your circadian rhythms, so avoiding it for an hour will help that melatonin kick in so you can fall asleep. If you must use it, turn the brightness way down and enable Night Shift, or whatever night mode it may have. Still, if you can keep it out of your bedroom and avoid activating your brain with that social responsibility, that’s ideal.

Weaning yourself off that compulsion is tougher than it sounds, but Rosen says you can help yourself along by making your phone less appealing. First, the obvious: turn off as many notifications and alert badges as you can. “You can leave alerts on for special people like your parents or your spouse, but turn off notifications for everybody else,” he says.

That’s only one small portion of the battle, though. Half the times you glance at your phone, according to Rosen’s research, no notification prompts your impulse. You’re just trying to find out the time (if you use your phone as a clock, you can probably lessen the number of check-ins by getting a good non-smart watch) or scratch that “social responsibility” itch with a check-in.

“I tell people to take each social media app icon and put it in a folder,” Rosen says. And he doesn’t mean one folder for all the apps. He means an individual folder for each app, which doubles the number of taps it takes to reach any of them. “Then move all those folders to your very last screen,” he says. This might sound silly, but jumping through hoops to access your apps can cut down on impulsive check-ins. “It makes you have to work really hard to get there,” Rosen says.

[Related: What to do if your iPhone home screen disappears]

If that isn’t enough, you can delete the social media apps entirely and rely on their mobile sites instead. That forces you to type in a URL and use a (usually) sub-par website rather than a more streamlined app. You can even block cookies in your browser, which forces you to log in every time (here’s how to do it on the iPhone and on Android). The more barriers you put between you and the service, the more time you’ll have to reconsider visiting that feed in the first place.

Tristan Harris, a former Google designer, even recommends setting your phone to greyscale mode, which dulls the bright colors designed to reel you in. Rosen says he hasn’t researched the effectiveness of this popular tip, but a colleague is hoping to soon.

To try it for yourself, on the iPhone, go to Settings > Accessibility > Accessibility Shortcut and tap Color Filters. Then you can triple-tap the side button (or the Home button if you have one) and touch Color Filters to turn greyscale on and off. On Android, the process can vary from phone to phone, but these instructions should point you in the right direction.

Lastly, if you’re the kind of person that responds well to self-talk, try using one of these lock screen wallpapers that try to convince you to put your phone away. When you’re just opening your phone to “check in,” your lock screen will remind you that there’s probably nothing important behind it—beyond some meaningless Facebook likes—and that knowledge can be very freeing.