Messages got an overhaul with iOS 16, but there are older features you may have missed, too. 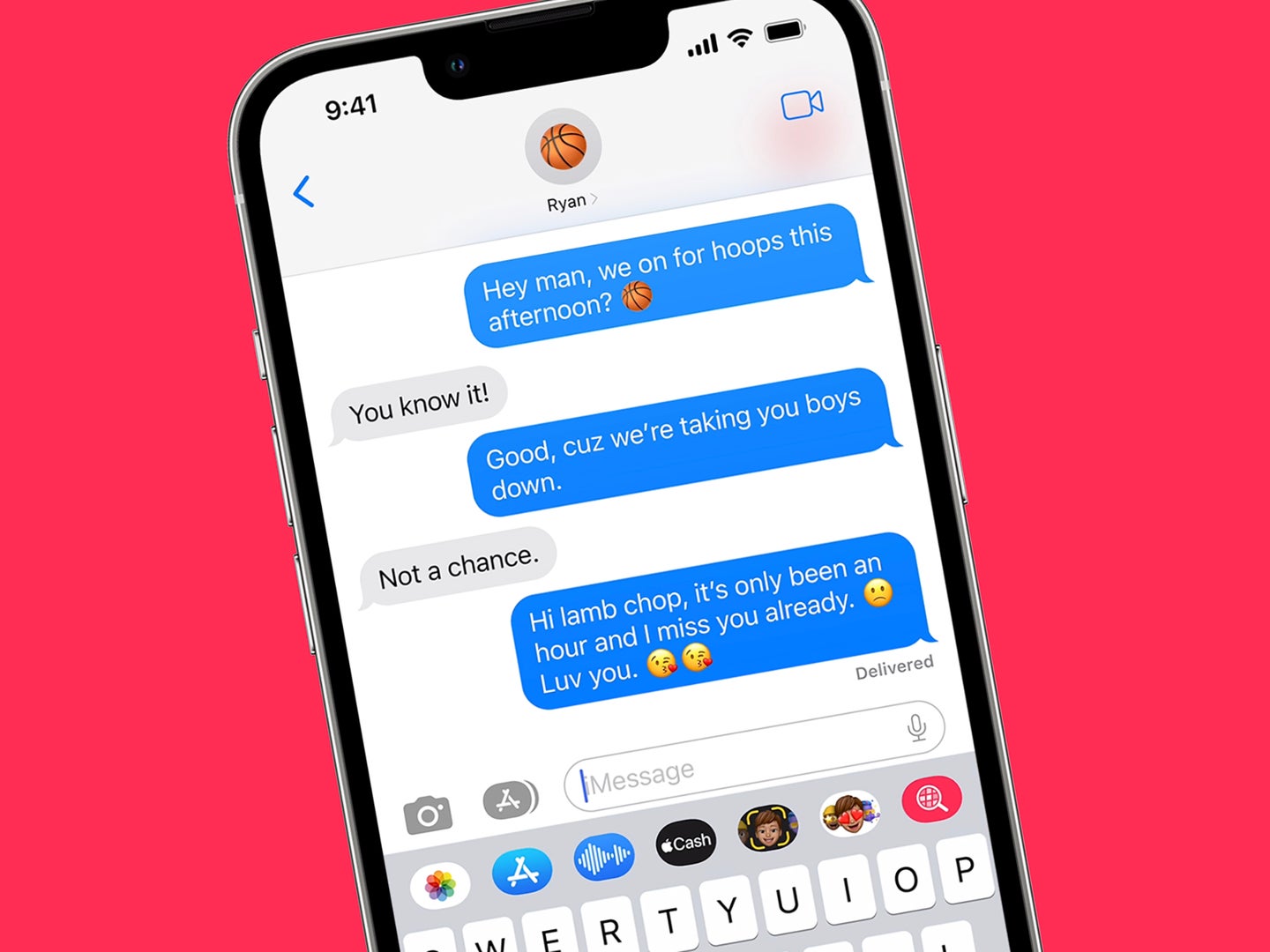 We've all sent a message to the wrong chat before, and iPhones now let you unsend your misplaced missive. Apple
SHARE

Apple’s secure instant messaging system, iMessage, has been around since 2011, so you’d be forgiven for losing track of all the useful features that have been added to the software since then. But with the recent arrival of iOS 16, now’s the perfect time to take stock of what’s available and make sure you’re using all the best iMessage features.

Although Messages, the texting app built into iOS, iPadOS, and macOS, can communicate with non-Apple devices, the tips and tricks covered here will only work with iMessages (the blue bubbles, if you’re familiar with the ongoing green vs. blue debate). So if you find one of these features really changes the way you text, know that you may not have the same functionality when interacting with someone who has, say, an Android phone.

If you hit that blue “send” arrow and realize you haven’t quite expressed yourself the way you wanted, you can edit what you said and send it again. Thanks to the iOS 16 update, each message can be edited up to five times, and other people in the conversation will be able to see when messages have been changed.

It’s not difficult: just long-press on the message you want to change, then pick Edit from the menu that appears. The blue bubble will turn white and you’ll be able to adjust whatever you need. When you’ve made your changes, tap the check button to resend it.

[Related: How to use the new lock screen customization features in iOS 16]

A blue Edited label will appear underneath the message you’ve changed, and tapping this will display the earlier versions—so be aware that others in the conversation will still be able to see your original typos. And if you’re talking with someone who doesn’t yet have iOS 16, it will appear as if you sent consecutive messages, like we all used to do to fix mistakes.

Now, if you really regret something you said over iMessage—or perhaps just sent something to the wrong person—you can undo what you’ve done and pull that message back. This is another feature introduced with iOS 16.

You’ve got two minutes after sending a message to bring it back from the ether. As with the editing feature, you’ll need to long-press on the text to bring up the options menu. This time, choose Undo Send, and the selected message will vanish with an animation that looks like a bursting balloon.

Both you and the other people in the conversation will see a note confirming that the message has been unsent. Note that everyone in the chat needs to be running iOS 16 for this to work—anyone who isn’t will still see the message.

Read receipts can be incredibly useful in working out whether someone has their phone off or is simply ignoring your messages—but you may not want people to know if you’ve read their latest texts or not.

You have two options: turn read receipts on or off for specific conversations, or enable or disable them entirely for everyone. The trade-off is that when you hide read receipts from someone, you can’t see whether or not they’ve read your messages either.

4. Give your messages a bold heading

Messages has a little-known subject field that works like a title for your messages. When activated, it appears as a separate line in bold, above your main message text, and it can be useful in certain situations (like writing out instructions or a to-do list).

To enable this feature, head to the main iPhone settings app, tap Messages, and turn on the Show Subject Field toggle switch. Go back to Messages, and when you compose a new message, you’ll see there are both Subject and iMessage boxes. The former will appear in bold as the first line of your message. If you type only in the subject field, it will not turn bold and will be sent as a regular message.

You don’t have to use the subject field every time, so you might want to leave it enabled just in case you have a need for it. Messages with bold headings will still stay in place even if you decide to turn the feature off.

This is one feature that works with text messages too, though the iMessage line will read Text Message, and the recipient will see “Subject:” before whatever you put in the Subject field.

5. Use SharePlay inside Messages

Apple has already pushed its SharePlay technology into FaceTime, and now it’s arrived in Messages as well. The idea is that you can share activities such as watching videos, listening to music, and playing games with other people through your phone.

To get started, you’ll need to open an app with SharePlay support. This is available on certain apps, like Spotify, Apple Music, Apple TV, and Disney Plus, but it’s not yet available for all apps. A quick web search will give you an up-to-date list of what apps work with SharePlay, or you can just check the compatibility by following this process:

Tap the share button in whatever app you want to use (it’s usually an arrow pointing up out of a box), then tap More, and SharePlay. If you don’t see the SharePlay option, the app doesn’t support this feature. If SharePlay is available, pick a contact, and you’ll be able to select Messages or FaceTime as the app running alongside the shared media, so you can discuss what you’re seeing and hearing.

Another new iOS 16 feature is a sort of temporary holding room for deleted messages. Like the trash folder on macOS, it means you can restore your data if you need to.

To find your deleted messages, go to the main Messages screen and tap Edit. Select Show Recently Deleted to see a list of trashed conversations—they only stick around for 30 days after you’ve erased them, and you’ll see a countdown of remaining days to the right of each one. Select one or more to either Recover or permanently Delete the chats via the buttons that appear underneath.

While it was possible to bring back deleted messages on earlier versions of iOS, it was a complicated process that involved restoring backups—the new process is much easier.

Communicate with Android users through Apple’s Messages app and you’ll see the aforementioned green bubbles, but cross-platform texting has improved over time. With iOS 16, you can add emoji reactions or “tapbacks” to texts sent from Android.

It’s the same process as reacting to messages sent from iPhones: long-press the message you want to respond to and tap the emoji reply you want from the menu that appears. You have the same options, too: a heart, a thumbs up, a thumbs down, “haha,” a question mark, and a double exclamation mark.

As long as recipients are using the default Messages app on their Android phone, they’ll see the corresponding reaction appears—though it might not match exactly (the “haha” response appears as a crying with laughter face, for example).