Check your phone less by sending those notifications to your computer

You don't want to miss a thing. 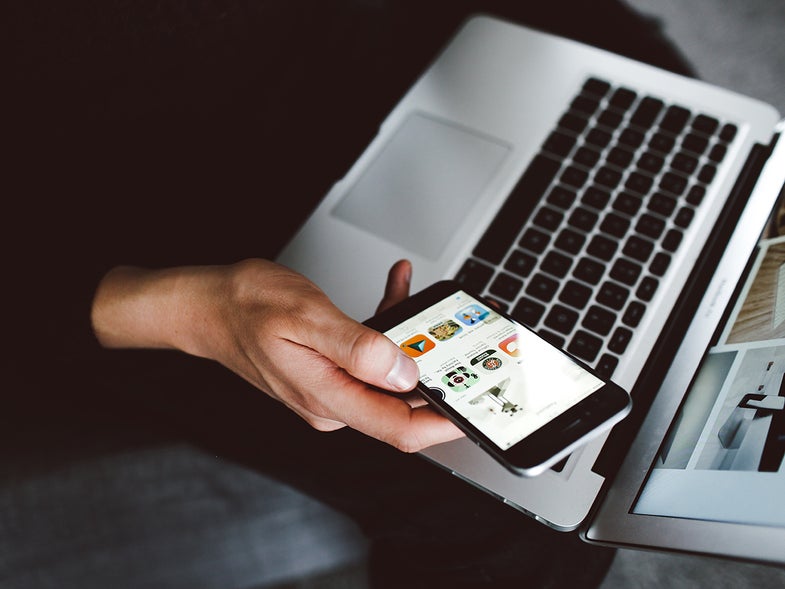 Get your laptop and smartphone working in tandem. Lilly Rum/Unsplash
SHARE

Tired of constantly checking your phone? Instead of switching from device to device, simply forward those notifications to your computer. With the latest versions of Windows and macOS, you can put your phone out of arm’s reach and concentrate on your larger screen—without worrying that you’re missing out on dozens of missed calls and texts. This is also a great way for those who want to avoid checking their phones at work to still keep in touch with incoming alerts.

Windows 10 has become more and more phone-friendly over time, especially with Android devices. Unfortunately, the way Apple restricts access to iOS makes it difficult for anyone else to get into the notification system. On an iPhone, you can still do some cool tricks with Windows 10, such as sending webpages from one device to another, but you cannot sync notifications.

So we’ll focus on sending alerts from an Android to a Windows device. Open the Start menu, click the Settings cog, and choose Phone. Click Add phone, enter your phone number, and your device will receive a text message. Follow the instructions in that text. You’ll need to install Cortana for Android on your phone, if you haven’t done so already, and sign in to the phone app with the same Microsoft account you’re using on your computer. Within the app, tap the menu button (the three lines on the top left), choose Settings, and select Cross device. Here, you can pick the notifications to sync to your computer. These can include incoming calls, incoming messages, low battery alerts, and notifications from specific apps.

Once you’ve finished tweaking the settings, alerts from your Android device will start showing up in the Windows 10 notification pane on the right of the screen. You can even reply directly to some of these alerts, like SMS messages, right from the Windows interface, but this won’t work for apps like Snapchat. For those, you’ll just have the option to keep or dismiss the alert.

You can even link multiple devices to Microsoft Windows. To review the linked devices go back to the Phone section of the computer settings: Open the Start menu, hit the Settings cog, and choose Phone. As time goes on Microsoft might well add even more cross-device options.

As you would expect from two Apple operating systems, macOS works seamlessly with iOS. So if you have an iPhone, then you’ll be able to access some of the phone-laptop links you need right out of the box. Thanks to a feature called Continuity, calls, texts, and iMessages can sync easily between iDevices. One downside: macOS’s native features only apply to call and text alerts, not other app notifications. Another downside: Android users can’t use these native features at all. However, if you own an Android phone and an Apple computer, you can still forward alerts—you’ll just need to skip to the next section.

For those who do own both an iPhone and a computer running macOS, follow the instructions in this section. To get calls to show up on your Mac, make sure you’re signed into the same iCloud and FaceTime accounts on both devices and you’ve turned on the Wi-Fi for both devices as well. On your iPhone, go to Settings, then Phone, then Calls on Other Devices, and enable Continuity. Next, turn to your computer. Open up FaceTime on macOS, select Preferences from the FaceTime menu, and selecte the Calls from iPhone option. When your phone is nearby, plugged into the same Wi-Fi network, you will be able to see incoming calls and even answer them from your computer.

To get SMS, MMS, and iMessage alerts on your Mac, again sign into iCloud with the same Apple ID on both your phone and your Mac. Next, open Settings on your iPhone, choose Messages, and hit Send and Receive. Make sure you’re using the right Apple ID, then tick both your phone number and email address. Head to Text Message Forwarding in the Messages menu and choose your Mac from the list. Finally, put down the iPhone and turn to your computer. On macOS, open up the Messages app, then choose Preferences from the Messages menu. Click Accounts, select your iMessage account, double-check the right Apple ID is in use, and then put a tick next to both your email address and your phone number. As with calls, you will be able to see alerts and respond to texts as well.

The native Windows and macOS features let you sync Android notifications to Windows and iPhone messages to Macs. Beyond that, if you own an iPhone, you’re out of luck: Aside from showing call and SMS notifications on Mac computers, iOS restricts what else you can do. Android owners, however, can forward their phone alerts to macOS computers—they’ll just need a third-party application to plug the gap. Here’s how to set up two of your best app options: Pushbullet and AirDroid.

Pushbullet is available on both Android and iOS, though only the Android app can mirror notifications—the iOS version covers Pushbullet’s other features, like transferring files between devices. Start by downloading Pushbullet to your phone and setting it up on your computer. To do the latter, you have three options: Install the native Windows app; download the browser extensions for Chrome, Firefox, or Opera; or install the separate Noti plug-in for macOS, which shows alerts as native Mac notifications rather than browser alerts. Then, create a free Pushbullet account and sign into it on all the devices you’re using. On your Android phone, open the app, tap the menu (the three-line button on the top left), and choose Notification Mirroring. Here, you can turn alerts on for some apps and off for others. That’s it! If you want extra features (like the option to transfer bigger files), consider buying a Pro account—prices start at $3 per month.

Like Pushbullet, AirDroid doesn’t primarily sync notifications. On Android, iOS, Windows, macOS, and web browsers, it can do tricks like transferring files. That said, with Androids, it can also sync notifications. To set up the notification mirroring on Android, start by installing the application on the devices you’ll be using. Sign into the same AirDroid account on all of them. Next, tap Tools, then Desktop Notif, and hit Enable. You can specify which apps get to show alerts on your computer, or let all of them do so. AirDroid also lets you restrict the notification-syncing feature to those times when you’re connected to Wi-Fi. Again, you can access extra features (like bigger file transfers) with a premium AirDroid account, with prices starting at $2 per month.