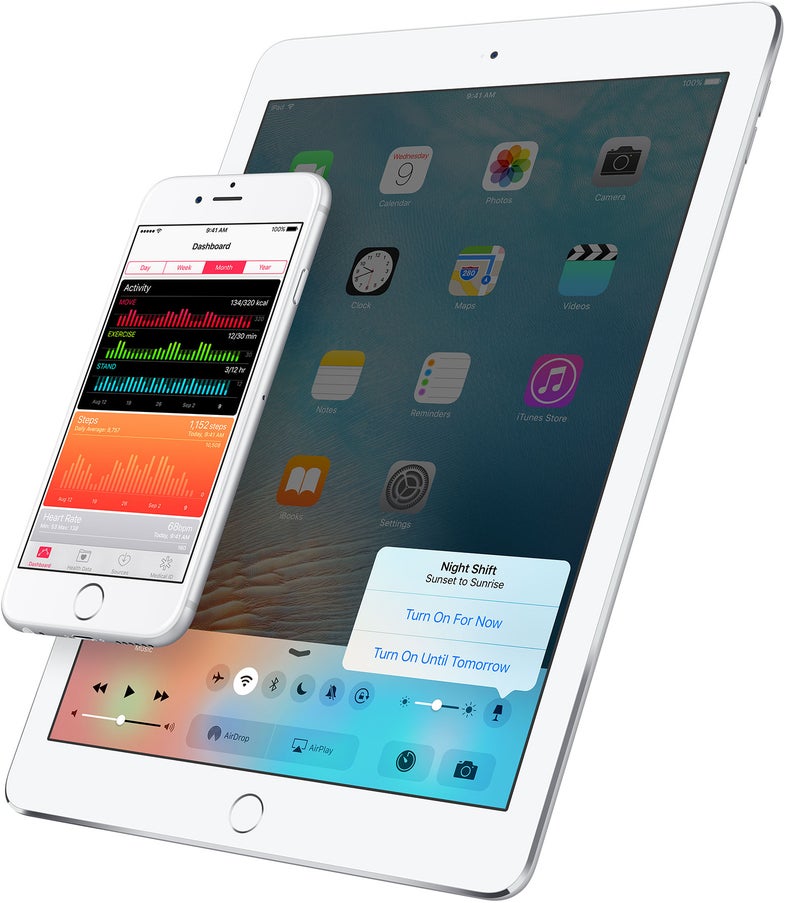 iPhone and iPad users have seen some interesting features added to their devices after purchase through Apple’s free wireless software updates, and the latest update could offer a quick way to help you sleep better.

With the upcoming release of iOS 9.3, people who use their iPhone or iPad in the late hours of the day will benefit from Night Shift–a feature that will change your screen’s color to account for the time of day to make it easier on your eyes, similar to f.lux, a popular third-party app.

And better still for iPhone and iPad users, the latest out of Apple Canada points to Night Shift coming with its own quick toggle in Control Center.

Hawk-eyed Reddit user nickjosephson notes that on Apple’s preview page for iOS 9.3, the company has included an official rendering of the updated Control Center pane containing the new option. The icon contains a lamp shade, indicating the feature is meant to be used at night time when indoors. 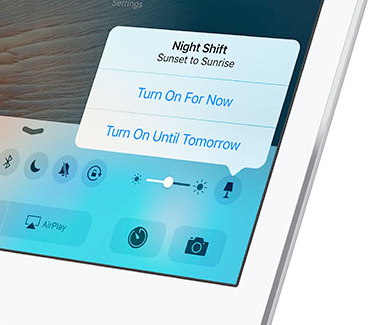 Many have pointed to this feature of iOS 9.3 being highly similar to functionality provided by the f.lux app, which has been around for several years. That app, made by an independent software developer, runs on Windows, Mac, Linux and (until recently, the iPhone), shifted the colors of your screen to provide warmer hues during later hours of the day.

The thinking is that when the screen is cooler–or bluer in tone–it subtly signals to the brain daytime. Meanwhile, the orange tint provided by warmer colors can better help your brain and body prepare for sleep. Or so claims some research cited by f.lux (Harvard Medical School has also stated as much).

The Night Shift feature in iOS 9.3 could provide better sleep for those who tend to use their iDevices in bed.

While this isn’t the first time we’ve seen Apple echo a smaller company’s feature to include in its own stock operating system experience, and while there’s an ethical debate to be had about how Apple treats such smaller companies, this ability could benefit every users of the iPhone and iPad–not just ones who happen to be jailbroken, as was previously the requirement for installing apps that alter color balance, like f.lux.

Apple has yet to set a release date for iOS 9.3, but a beta of the software can be had here.

Night Shift is coming to iOS 9.3. The feature, similar to app f.lux, makes your device's screen warmer (or more orange) at night, compared to the cooler (bluer) tones it normally emits. Research shows the bluer light subtly signals to your brain that it's daytime and will keep you awake longer. Are you excited for Night Shift? Let us know in comments.