How Can We Prevent Zika From Becoming The Next “Fearbola”?

The sudden rise of the Zika virus in the Americas has led to concern. But a lack of evidence may hinder public health officials' ability to maintain calm. 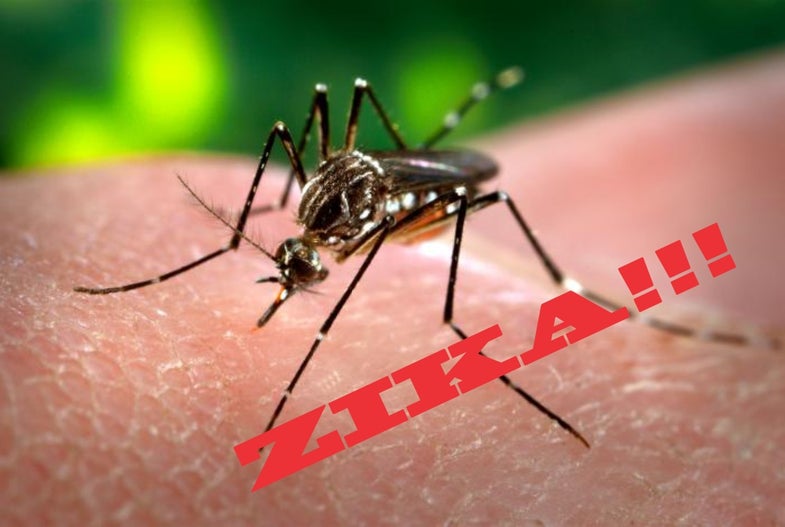 Two and a half months after the announcement of the Zika virus outbreak in Brazil, concern over the effects of infection seem to be spreading faster than the virus. This incredibly rapid rise of worry is justified as the virus continues to demonstrate potential links to a variety of serious conditions. In the last few weeks, in addition to the original reports of microcephaly, the virus appears to be implicated in the potentially fatal Guillain-Barré Syndrome. Now there is evidence of the virus in saliva and urine, suggesting human to human transmission may also occur.

Despite the reports, public health officials can do little to offer much comfort. Though the virus has been recognized for close to 70 years, the number of investigations into the virus, its pathogenesis, route of spread, and possible secondary consequences has been low. Unlike some viral infections such as Ebola, Zika posed little threat to global health and as such, did not deserve significant attention.

With last week’s announcement of the Public Health Emergency of International Concern (PHEIC) by the World Health Organization, finding answers is now a global effort. To attain this goal, theories are being proffered in the hopes of developing research streams to find critical evidence in as short a time as possible. But these actions may not be sufficient or rapid enough to control a potential pandemic of fear.

Consider the American perspective during the Ebola epidemic. While the risk of actually acquiring the infection was limited to a small room in a Dallas hospital, public concern over the virus became in itself an epidemic. Eventually, the widespread worry was given its own name, “Fearbola“. The hype became so great as few as 7 percent of the population trusted what public health officials were saying.

Public concern over Ebola became an epidemic in itself

What makes the case of “Fearbola” so troublesome lies in the fact Ebola was not a new or even odd virus. It had been causing outbreaks for nearly 40 years and research on the virus had provided all we needed to know. Yet, even with all that information, officials could not stem the spread of dread in the public. In light of the fact Zika is almost entirely unknown, the potential for yet another psychological epidemic is excellent and without answers to come, we may once again see it happen.

For public health officials, this post-Ebola reality means bridging a very wide gap between evidence-based solutions and reliance on anecdotal information. When it comes to Zika virus, most of the knowledge comes from the latter. While this may offer the baselines for future research projects, for those in charge of keeping the public calm now, the task may be a losing battle.

In terms of what is known about Zika, studies from the 1950s reveal the virus is capable of infecting the nervous system of mammals, as shown in experiments using mice as a model. Thanks to a willing volunteer in 1956, we also know based on immunological evidence the virus has about a 7-10 day incubation period and tends to stick around in the blood for 21 days with apparent clearance by Day 28. In 2013, the virus offered evidence of persistence in men as one case suggests the virus can reside in the genital region for up to three months. Other experiments from last year reveal the virus can also survive in saliva and urine.

As for the microcephaly cases, which are the basis behind the PHEIC, there are no answers, period. To have any idea as to how the virus could cause this condition requires an examination of other similar viruses, such as Chikungunya virus. Although it is not part of the same genus as Zika, there may be enough similarity in pathogenesis to at least provide some perspective on timelines and possible guidance for women who are either already pregnant or intending to be in the near future.

While the information collected to date is useful and makes for great citations in grant proposals and theory-based articles, in terms of calming public fear, there is simply not enough evidence to make any general conclusions. Yet in light of an impending “Fearbola,” guidelines and recommendations are necessary. This means authorities are forced to develop documents knowing full well they may require alteration or removal some time down the road. To ensure the fear of Zika does not overtake the actual virus in terms of infection, this needs to be conveyed in a delicate way so the public understands the dynamic situation regarding this virus.

Answers will come but it will take time. For those who need to know right now, the guidelines and recommendations are based on the best evidence possible. Should any of the information change, there needs to be a clear explanation behind the shift. If both sides do their part, we may be able to see the end of Zika without having to deal with yet another epidemic due not to a virus, but hype.