Ebola may be better at hiding than we thought

One study found a disturbing number of undetected carriers 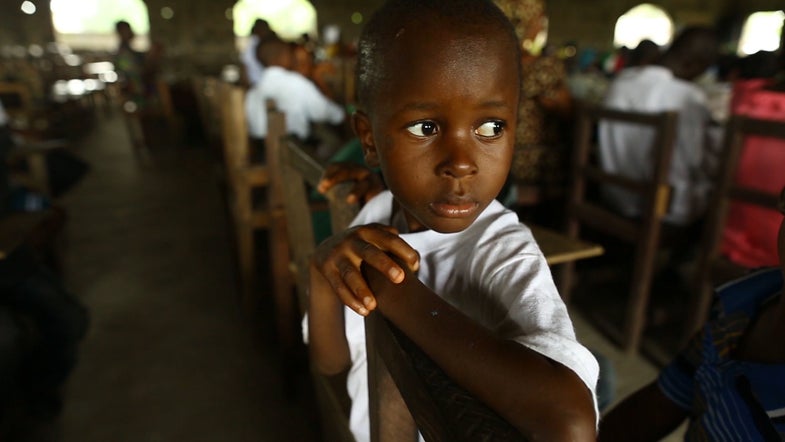 The Ebola outbreak that ended in January was the worst on record, but it may have been even worse than it appeared.

A team of doctors and researchers who helped care for patients during the pandemic revisited one of the hotspot villages a year after it was hit to figure out whether any cases had evaded their detection. And they found more than expected – a lot more.

Most cases of Ebola are easy to spot — the virus causes everything from fever to diarrhea to bleeding gums, not to mention frequent fatalities. But several studies have suggested that some people can be infected with the virus without showing symptoms. The newly published study reports that in one village, about 25 percent of cases during the recent pandemic went undetected, which is the highest rate ever found.

The 2013-2016 pandemic infected over 28,000 people and killed over 11,000 worldwide. There is no cure for Ebola, though its symptoms can be treated, and prevention relies on the tracking and isolation of all infected patients. Ebola spreads through direct contact of bodily fluids and is highly contagious. A symptomatic patient is much more likely to spread the virus than an asymptomatic one – patients suffering from symptoms expose others to their bodily fluids by way of vomit and diarrhea, for example. But if asymptomatic people can pass the virus along, then they’re still dangerous. They’re also unlikely to be detected and therefore less likely to be quarantined. An asymptomatic patient might not even know that they should take care when interacting with uninfected friends and family.

Ebola hit the town of Sukudu in Sierra Leone in late 2014. By early 2015, 34 people in the town had contracted the virus and 28 of them had died. In the new study, a small team of health care workers interviewed nearly all of the 193 people who were quarantined in Sukudu – people who were either visibly ill or who shared a home with someone who was – and drew blood to test for Ebola antibodies. They found 14 people who tested positive for the antibodies, which indicates that they had the Ebola virus in their bloodstream at some point, even though none of them were diagnosed during the outbreak and only two of them reported any symptoms at all.

Those two people recalled having fevers during the outbreak when asked, thought it’s difficult to say that the self-reporting is wholly accurate. Recall bias likely has a role here — it’s easy to misremember events that happened a year ago, especially when you’re being interviewed by doctors who are clearly investigating something. It’s possible that the two patients who remembered fevers never actually had them, or that some of the seemingly asymptomatic individuals ignored minor symptoms while their family members were seriously ill.

It’s also possible that the study subjects were less than truthful about their recollections. Carrying the Ebola virus is stigmatized in many parts of Africa. Survivors are often shunned because they’re feared to still be carriers, and receiving a diagnosis means a trip to a treatment center from which few return alive.

This is just one village in one country in Africa, and we don’t yet know how much of a danger these asymptomatic people pose. They could be utterly harmless or full-fledged, silent carriers. Answering these questions – and finding out just how many people really fight off Ebola without displaying symptoms – could help the world prepare for its next outbreak.