A polio-like disease continues to afflict children and baffle researchers

No single virus or pathogen was consistent across all the cases, making it hard to pinpoint what is causing the polio-like symptoms. 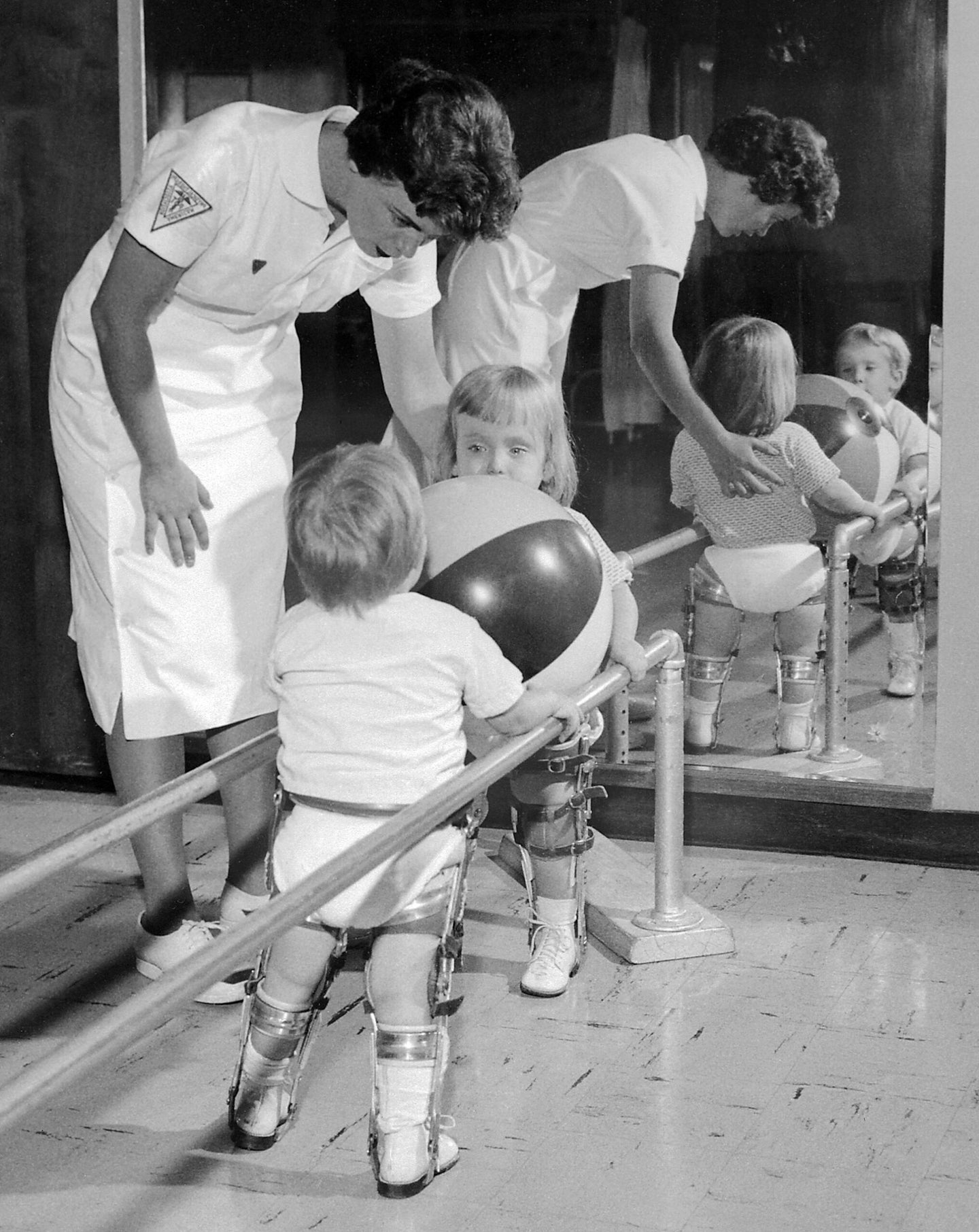 Physicians and the Centers for Disease Control started monitoring the spread of a polio-like illness, which causes limb weakness and paralysis, after cases began appearing in 2014. Five years later, they know more than they did at the outset, but still have few answers about the cause of the disease.

A new report out this week collected data from all clinical cases of Acute Flaccid Myelitis reported in the United States in 2015, 2016, and 2017, to provide a comprehensive view of the disease so far. “I think the publication really fills in the gaps,” says Janell Routh, a medical officer in the Division of Viral Diseases at the CDC and an author on the paper, published in the journal Pediatrics—it connects data published at the start of the outbreak to that from intervening years.

The report included 305 cases of Acute Flaccid Myelitis (AFM), 193 of which were confirmed as AFM and 25 of which were probable. Symptoms of the virus started with respiratory symptoms, like a cough or congestion, and limb weakness or paralysis appeared about a week later. “It’s confirming what many of us in the field had seen in smaller subsets of the population, which is that some sort of infection [precedes] AFM,” says Priya Duggal, director of the genetic epidemiology program at the Johns Hopkins Bloomberg School of Public Health.

The lingering virus was found in only around half of patients—consistent with previous reports, which noted that pathogens were no longer present as patients were further from the onset of their symptoms. There was no one single virus or pathogen that was consistent across all the cases, so it’s still not clear how the viruses are affecting the musculoskeletal system, and causing these symptoms. A class of viruses called non-polio enteroviruses are the leading suspects, and a virus called EV-D68 has been the leading candidate: It can cause paralysis in mice, and its circulation has coincided with surges in the disease. It remains a leading hypothesis after this latest analysis, she says.

Cases most often appear in early fall, the report noted, which is consistent with the time of year that enteroviruses peak. The report also emphasized the every-other-year pattern seen with AFM: There were 22 cases in 2015, a surge in the fall of 2016, with 153 cases, and 37 in 2017. Though outside the scope of the study, there were a high number of cases again in 2018, with 236 reported. This year appears to follow the pattern, Routh says. “This time last year, we were getting 10 or 20 reports a week. This year isn’t anything like that. All fingers are crossed that we’ve passed the point in the year that we would have seen a spike in cases. It’s continuing that very interesting every-other-year appearance,” she says.

One key question for researchers going forward is why some children develop AFM and others do not. Enteroviruses circulate regularly, and most people only develop standard viral symptoms, like a fever or congestion. “I’m really focused on why certain people get paralyzed or weak,” Routh says. Researchers are also looking for better ways to find evidence of the responsible virus in patients with AFM: one strategy is looking for antibodies to viruses, rather than viruses themselves, which might linger for longer.

In the meantime, the CDC is encouraging physicians to look for and try to catch cases of AFM early, to maximize the chances of identifying the virus. “Now that we have more comprehensive information on how patients [with AFM] present, we can start to ask the next set of questions, which means capturing information earlier,” Duggal says. Knowing that respiratory symptoms appear around five days before paralysis may help speed that process.

To gain more data, the CDC is expanding their New Vaccine Surveillance Network, which looks for and monitors cases of respiratory and gastrointestinal diseases around the country, to track AFM. “We’ve overlayed AFM surveillance, and it’s active surveillance, so people at hospitals are actively looking for it. The idea is to correlate that information with circulating respiratory and GI pathogens,” Routh says. The agency is also collaborating with the National Institutes of Health to run a study that will follow patients with AFM from the time of diagnosis for a year, to better understand how the disease progresses. “Hopefully in the next year we’ll have more data to offer some answers,” she says.

Researchers are also bracing for 2020 which, if the pattern holds true, might have a high number of cases. “Preparedness for 2020 is in our minds,” Routh says. “We’re making sure we’re ready to go if and when we do see that surge in late August next year.”