How to avoid summer colds

A sunburn and a cough is a terrible combination. 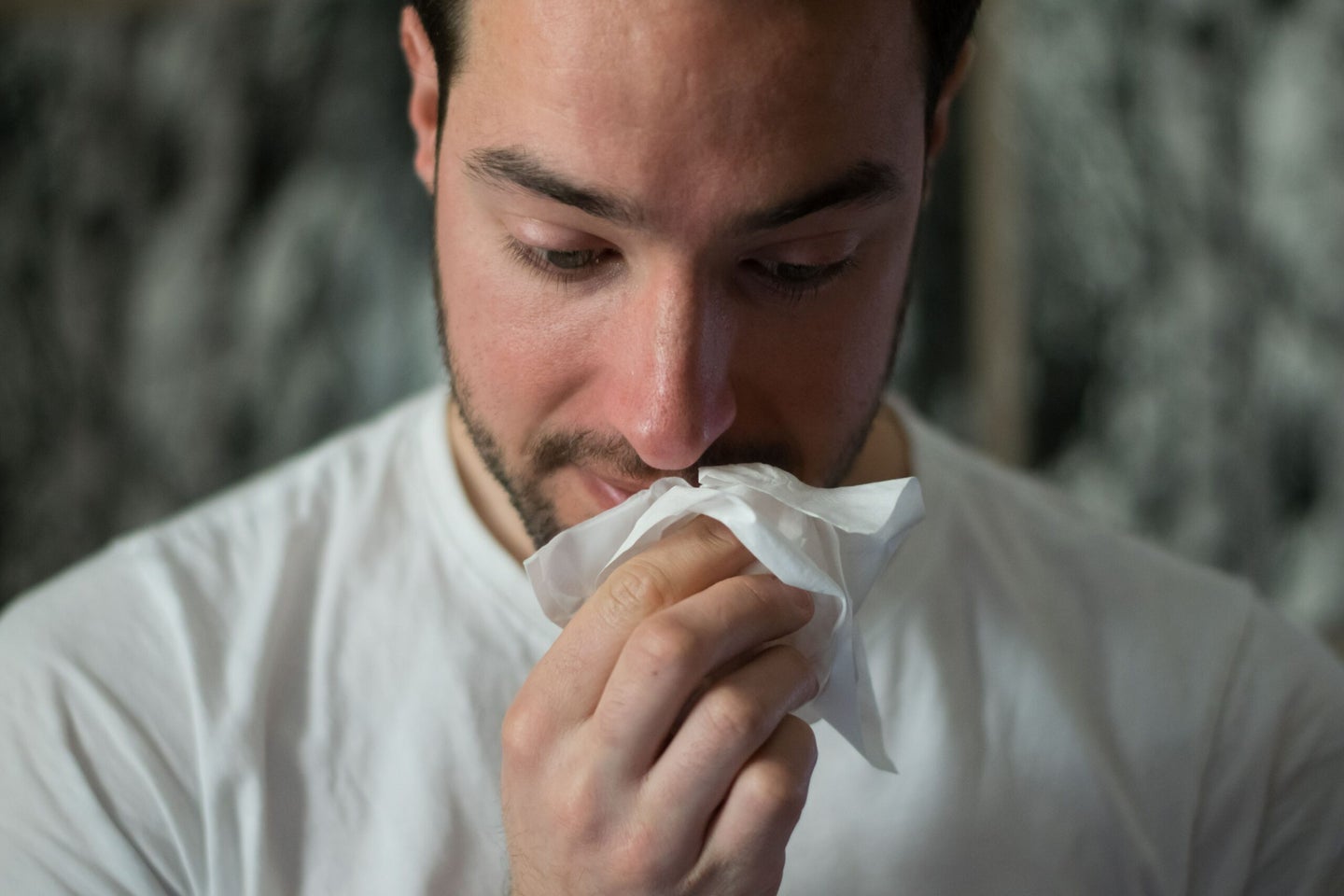 The sun is out, the mercury is climbing, and despite their name, “colds” are rampant. Summer colds are, of course, terrible, but you can strand them at the beach as long as you know what’s causing them.

Winter colds are generally the work of rhinoviruses, and they usually spread via the upper respiratory tract and by fomites (i.e. stuff people have sneezed on). Rhinoviruses can be contagious for up to two weeks, which is why you should stay home from work, but they usually strike when temperature and humidity levels drop, so catching them during the summer is rare.

If you get a summer cold, odds are pretty good that you, instead, have an enterovirus—a genus of viruses that includes those that cause polio.

The good news is that the vast majority of illnesses caused by enteroviruses are run-of-the-mill, “viral crud” that are inconvenient, but rarely dangerous, according to Dr. Jack Maypole, vice chair of population health and practice transformation in the pediatrics department at the Boston Medical Center. Still, if you find yourself experiencing any type of paralysis, chest pain, or pneumonia, you should see a doctor, Maypole says.

The bad news, we’re sorry to say, is you probably got your enterovirus by getting poop in your mouth.

Stay away from the poop route

That’s right, the most common method of catching an enterovirus is the fecal-oral route, which means exactly what it sounds like.

Generally this happens via what doctors call the five Fs: fingers, fluids, flies, fields, and floods, with a sixth F—food—often also thrown into the mix. If there are even small particles of droppings on any of these, there’s a risk of enteroviruses getting into your system.

Fingers and fluids are year-round problems, but summer weather, in particular, amps up the likelihood of people being outdoors (potentially in fields), the warm weather increases insect activity (including flies), and as the sun beats down, the snow in the mountains melts (bringing floods).

Enteroviruses are less common in the developed world because we have complex sanitation methods, soap and clean water are readily available, and we have ways to keep insects out of our food. And to be fair, a large proportion of us will become infected and show no symptoms. Still, enteroviruses are one of the most common forms of virus, so you can’t avoid them entirely. But you can do your level best to keep them away.

Shut down those enteroviruses

Common sense is a good place to start: Wash your hands and make sure your family does the same. If you’re sick, stay home, sleep in, drink fluids, binge some shows, and bemoan your fate on Facebook. All this also helps limit the spread of disease, as some enteroviruses can travel via coughing and sneezing once they have a beachhead.

Don’t assume your runny nose is an allergy and go to work, either. Like any virus, enterovirus has a set of symptoms that may or may not present themselves. Fortunately, figuring out if you have allergies or a cold is simple: If your symptoms come on all at once, get better when you leave a given location (like your house) for an extended period, always arrive at about the same time every summer, last longer than two weeks, and make your eyes watery or itchy, it’s likely an allergy. Anything else is probably a cold.

Another clue, in case we haven’t grossed you out enough, lies in your tissues. If your mucus is white, it’s likely a cold.

Otherwise, the big threats are the water you swim in and what you put in your mouth.

“Swimming in contaminated water or eating food that may have been out in the sun a little too long, or not cooked correctly, are the biggest threats in the summer months,” says Sara Harris, public health nurse manager for the city of Somerville, Massachusetts.

Enteroviruses love water and it doesn’t particularly matter what kind. Beaches, in particular, seem to have a real problem keeping the bugs away.

Pools are generally safer, but people have to ensure they stay that way, Harris says.

“The chlorine in the pool helps to kill bacteria, but you should still follow all pool rules when swimming,” she says. So, seriously, don’t skip the pre-swim shower before you jump in the pool, and make sure you rinse off immediately after you get out.

Grills would seem to be safe, as they feature fire, not water, but summer colds can hide there, too. Keep food in a cooler at the proper temperature, and cook raw meat thoroughly. If you’re bringing a cold dish to the cookout, prepare it in your kitchen beforehand and keep it at 40 degrees Fahrenheit before serving. Wash any veggies thoroughly, and make sure everyone, cooks and diners alike, wash their hands.

At home, keep your air conditioner on the warm side of comfortable. Excessively cold air conditioning has been found to put more stress on our systems, so cranking the thermostat up to something closer to the outdoors and using other forms of temperature control will make stepping outside a little easier.

If you’re not feeling great, take it easy with exercise. There’s nothing wrong with getting a little sun, but working your body hard in the heat, especially with humidity frustrating your body’s natural evaporative cooling mechanisms, can put enough stress on your system for the enterovirus to go from non-symptomatic to sheer misery. For outdoor exercise, aim for either lighter exercise, like walking, or save the harder workouts for late at night or early in the morning when it’s cooler.