The toxic metal is invading the food chain 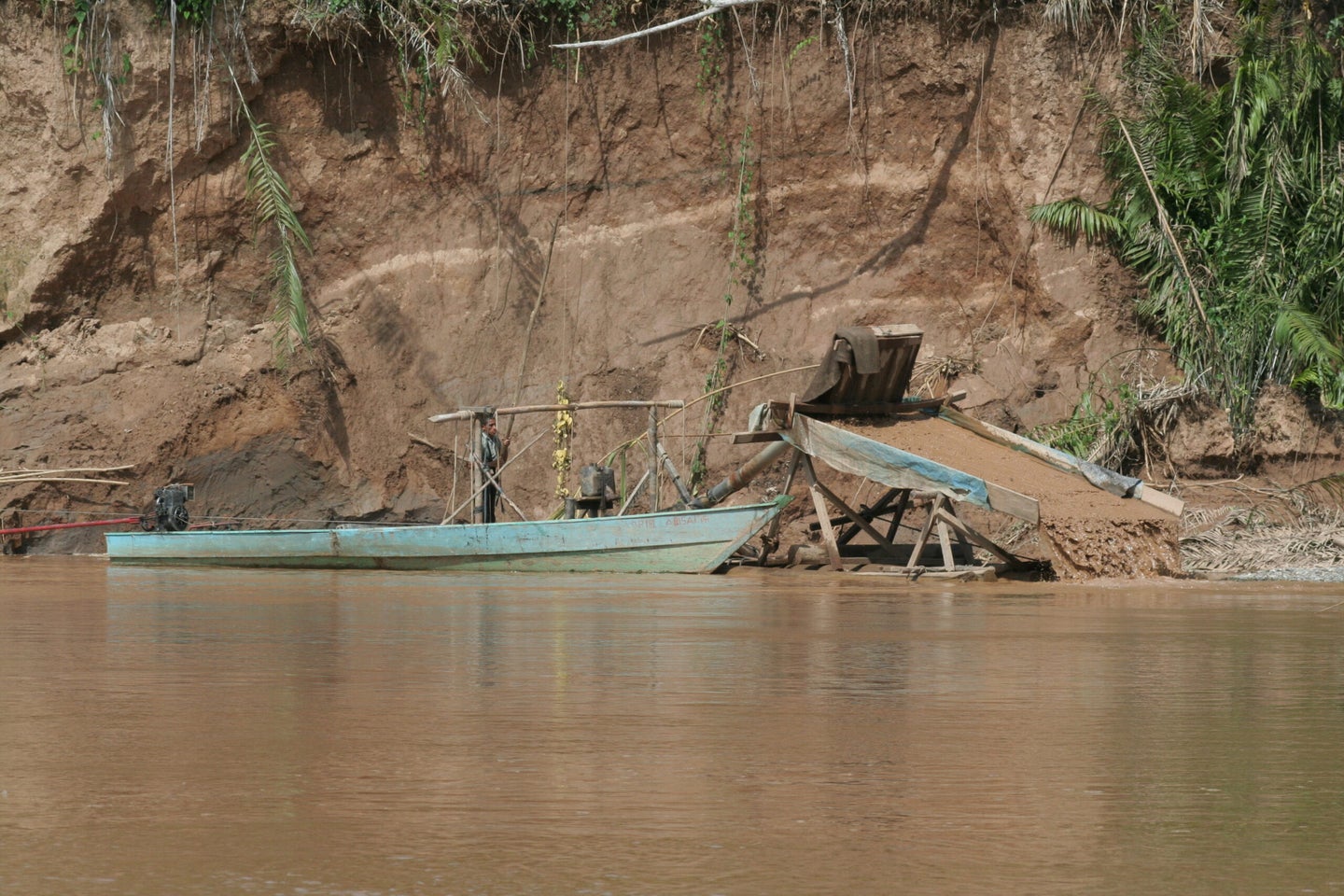 Gold may be beautiful and valuable, but some mining operations to extract the precious metal are seriously dirty.

This week, Peru declared a two month state of emergency, hoping to tackle the scourge of mercury contamination caused by illegal gold mining operations in the area. As part of its efforts, the Peruvian government hopes to provide mercury-free foodstuffs and set up health treatments and monitoring.

The country has reached a state of emergency because the mostly rural and indigenous communities who rely on the land and the river for food are ingesting large amounts of mercury along with fish. An earlier report found that in one community, 80 percent of members of a recently contacted tribe had mercury poisoning.

Mercury is used in these small gold mining operations to separate gold from ore, a process that exposes workers to mercury and also sends it into the environment, where it can build up in plants and animals. Mercury is considered to be a neurotoxin that can cause serious physical and mental problems.

Reuters reports that the mining operations in the Madres de Dios region of Peru dump 40 tons of mercury into local rivers every year and have destroyed almost a quarter million acres of rainforest. Satellite and aerial images have shown that illegal mines in Madres de Dios are both multiplying and expanding.

Gold mining expands far beyond the borders of Peru. For years now, environmental activists have been warning that mercury contamination is putting indigenous tribes in the Amazon at risk. Indonesia, another small-scale gold mining hotspot is seeing similarly alarming instances of mercury poisoning.