Firefly tourism has a surprising dark side

Lightning bugs draw tourists in with their glow, but that could be bad news for the beetles. 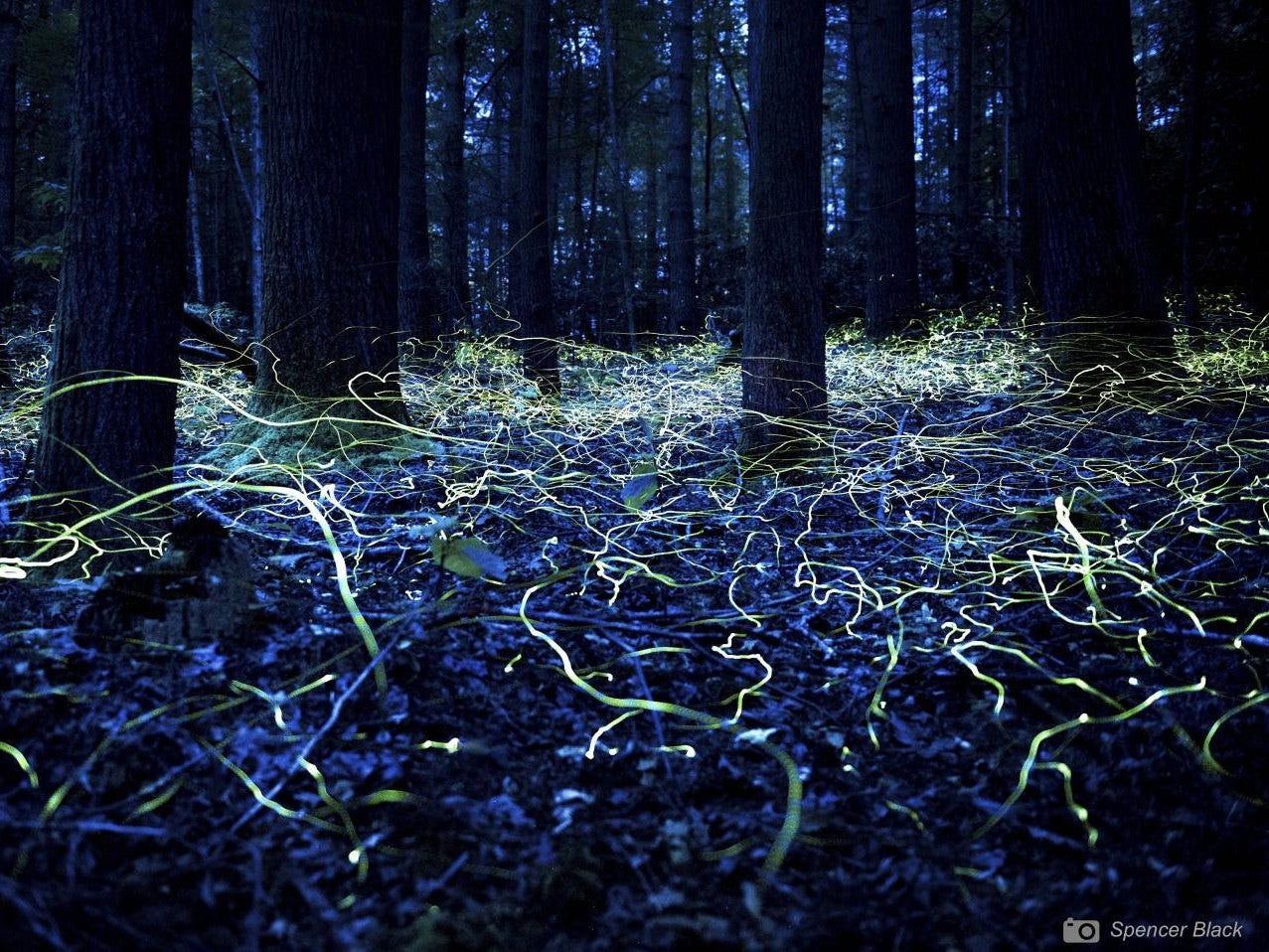 Fireflies, those flashy, beloved celebrities of the insect world, can be an irresistible sight. These beetles, also known as lightning bugs or glow worms (depending on where you are from), are found throughout the world, and some places where fireflies gather have become tourist attractions, drawing huge crowds. But researchers have found that all this excitement around fireflies, while heartening, comes with its own risks. According to a new review paper, published March 11 in the journal Conservation Science and Practice, tourism is potentially imperiling some local firefly populations.

The world is facing an enormous biodiversity crisis, which includes an apparent decline in insect populations. For fireflies, researchers think factors like habitat loss, light pollution, and insecticides might all be threatening population numbers. In some instances, their popularity might also contribute. In the Great Smoky Mountains National Park, for example, huge crowds gather each summer, with their iPhone flashlights and trampling feet, and threaten the rare synchronous firefly show that they’ve traveled to see.

The review paper estimates that bioluminescent courtship rituals in a dozen countries, including Thailand, Japan, Mexico, and the United States, among others, attract over a million “firefly tourists” per year. The sheer number of tourists was surprising, says lead author Sara Lewis, an ecology professor at Tufts University. “Who goes to watch insects?”

Evidently, a lot of people. Tourism around fireflies is a longstanding practice in some places, but she thinks it’s really exploded in recent years thanks to things like travel blogs and viral photographs. Firefly tourism is not considered a top threat to the survival of firefly species on a global scale, but it’s an important local stressor, she says. “It’s a natural resource that we’re taking for granted.”

Lewis and her coauthors aren’t pushing for an end to firefly tourism, though. “With just a tiny little bit of effort, and some changes in policies, we think that we can make firefly tourism more sustainable, so that it benefits the tourists, the local communities, and it maintains the firefly population.”

There are over two thousand known firefly species, and lots of different firefly lifestyles—some flash synchronously in mangrove trees, while others hover close to the leaf litter in forests. Tourists’ flashlights can confuse fireflies as they try to communicate through their own flashes, and insect repellant can also be disruptive, since “a lot of fireflies rely not just on light, but chemical cues to find their mates,” Lewis explains. Without the right precautions, visitors can also disrupt earlier parts of the insects’ life cycle.

The review was authored by an international team of experts in the Firefly Specialist Group at the International Union of the Conservation of Nature (IUCN). Using interviews, internet searches, a survey, and their own expertise, the team collected information about firefly tourism hotspots around the world and made recommendations for better practices. Taiwan, for example, is considered an example of sustainable firefly tourism. Hundreds of thousands of people visit tightly-protected sites around the country each year, helping out locals financially while also protecting firefly habitat. Meanwhile, in Amphawa, Thailand, where firefly tourism was under-regulated and disruptive to locals, coauthor Anchana Thancharoen, an entomologist at Kasetsart University in Thailand, estimates that the local firefly population declined by around 80 percent.

In firefly-watching sites across several states in Mexico, the situation is very complicated, says coauthor Tania López-Palafox, a PhD student in evolutionary biology at the Universidad Nacional Autónoma de México. The endemic firefly species Photinus palaciosi has only been known to scientists since 2012, and now, in the small municipality of Nanacamilpa, “this species attracts more than 120,000 people, so it’s really increasing dramatically,” she says. The males flash synchronously, in unison, and the females are unable to fly, emitting a gentle glow that López-Palafox compared to a candle.

Overcrowding and light pollution are issues for the fireflies, she says, and local communities often lack the financial support necessary to establish sustainable tourism practices. “I think that’s one of the important issues, people need to be empowered,” she says.

“If you happen to be interested in protecting fireflies, there’s some really, really simple things that you can do,” says Lewis. First, when you go to a firefly tourist site, stay on the trails. Also, “get comfortable in the dark.” (Raised, flat walkways with railings, in addition to helping out the fireflies, would make this a more reasonable ask for folks with limited mobility, she explains.) And if you need to use mosquito repellant, spray yourself before you arrive.

For those who want to protect fireflies closer to home, similar shifts can help—reduce your use of insecticides, turn off the lights, and preserve some firefly-friendly habitat, like vegetated areas with longer grasses and woody debris, Lewis says.

As insect population declines continue around the world, fireflies might be an impactful poster child. “Fireflies are very important as a gateway bug for people,” says Lewis. They are “a charismatic representative of the invertebrate nation.”