Half of the Earth is still free from human impact, but it’s not all good news

Many ecosystems are still at the brink. 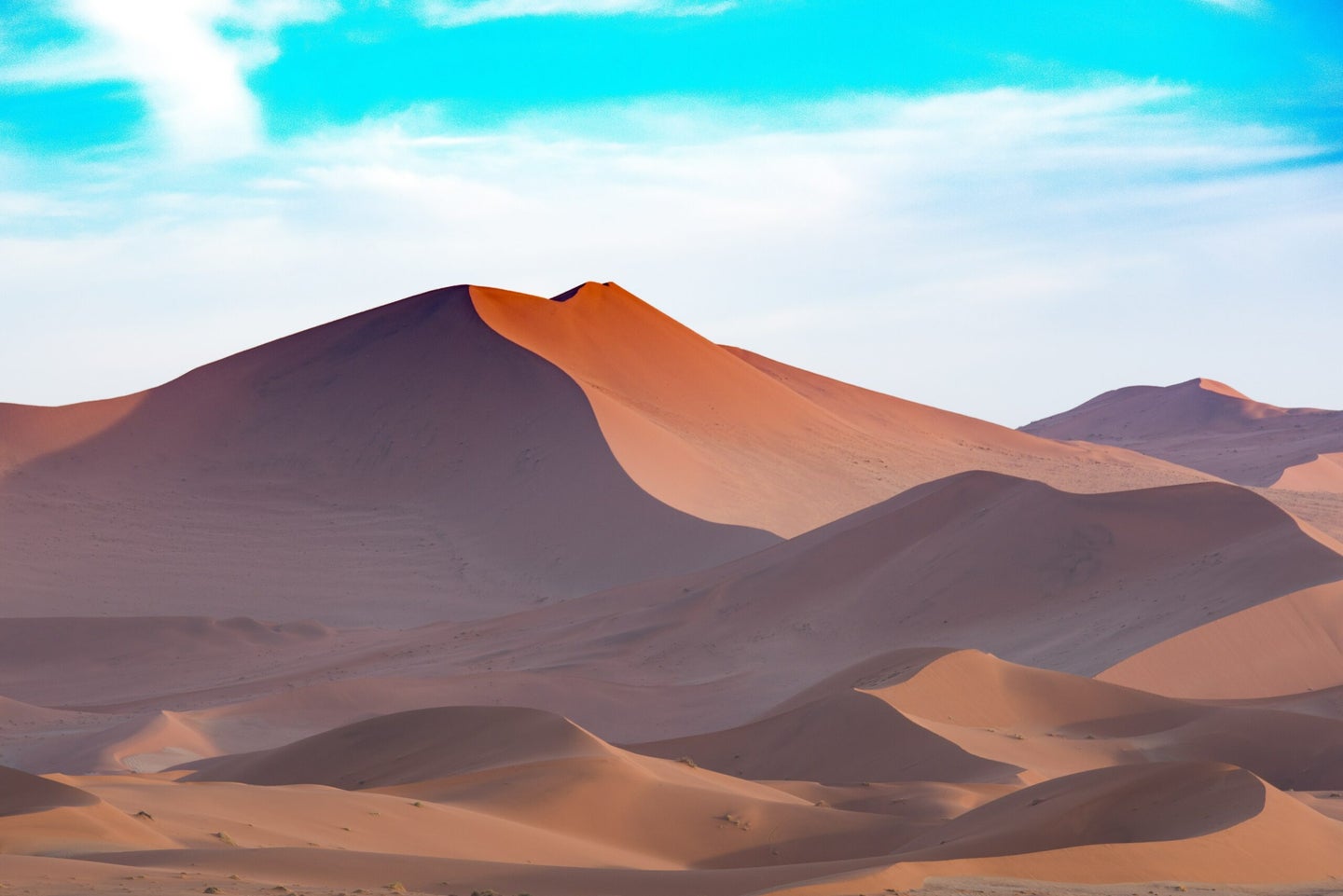 Deserts are some of the least touched biomes. Pixabay
SHARE

The idea of reserving half of the Earth for nature has been gaining traction among conservationists in recent years. Organizations like Nature Needs Half are pushing to protect 50 percent of the planet’s lands by 2030, saying it’s necessary to preserve biodiversity.

That enormous area may seem impossible given all we’ve done to the planet, but a new analysis of global human impacts published in the journal Global Change Biology says there are still large amounts of land available for conservation—perhaps even enough to meet bold conservation goals. “We still have quite a bit of the planet that has fairly low human impacts,” says Jason Riggio, a conservation biologist at the University of California, Davis and lead author of the new study. “These ambitious targets are potentially within reach.”

Ecologists have produced a number of maps that include spatial data on various human impacts, such as whether the land has been converted to dwellings or agricultural fields, or used for mining. As leaders around the world plan to meet next year for the Convention on Biological Diversity conference, Riggio wanted to see how much relatively untouched land is out there. By using multiple maps with varying data sources, he hoped to provide a solid estimate of less-impacted areas globally.

Riggio overlaid the low impact areas defined by four of these maps to find out, focusing on land that had low or very low human influence. In neither category are there no humans at all, he says, nor do the designations mean that somehow those areas are unaffected by global forces like climate change or plastic pollution. In general, “very low” means there are few or no people and livestock, no dense settlements, and a lack of other intensive land uses. Lands with “low” impacts may have more people and livestock, but contain no urban centers or cropland.

The maps agreed that about half of the Earth’s land has low or very low human impact. However, the overwhelming majority of that land is cold, high, and dry landscapes—tundra, boreal forests, and desert. In other words, it’s places that people are generally not eager to build cities in or farm. The maps did show, though, that a large portion of the Amazon basin remains unscathed from intensive agriculture and development. “What surprised me is that there was so much very low influence land that had good agreement among the four methodologies in the Amazon Basin,” says Virginia Matzek, an ecologist at Santa Clara University who was not involved in the research. “That’s very encouraging.”

Now for the bad news. The maps also show that numerous ecosystems are nearly wiped out; less than one percent of grasslands, tropical coniferous forests, tropical dry forests, and mangroves with very low human influence remain. Only about 10 percent of those ecosystems remain with low influence. “That’s one of the caveats to all of this,” says Riggio. “The distribution of impacts is not even across all biomes.”

“To me, [the study] exposes some of these overly simplistic framings of the half Earth measure, when we see that there is about half the Earth out there but that it’s mostly cold and dry places,” says Matzek. “That says what we should be doing is focusing on those areas with one percent.” If we want to protect the biodiversity and ecosystem services that the threatened ecosystems provide, Matzek says we’ll need to also restore degraded landscapes. In other words, simply protecting the half of the Earth that remains in good shape leaves a lot of ecosystems—and the people that depend on them—out of the picture.

Kerry Griffis-Kyle, an ecologist at Texas Tech University who was not involved in the study, also cautions that the maps themselves don’t tell us everything about the state of those ecosystems. The analysis doesn’t include, for example, the number of species present in a given location, which would tell us more about the local biodiversity. Moving forward, she says, “this work should be combined with information about the sites themselves and the biodiversity they contain to further enhance the conservation targeting.”

Riggio says the study shows what’s possible for conservation as well as what areas we’re at risk of losing. It also highlights how setting large, simple conservation targets runs the risk of glossing over threatened landscapes. As Riggio and his coauthors noted in the study, while there’s a great need to increase global conservation targets, “a simplistic focus on meeting area‐based targets alone is inadequate and more nuanced targets are also needed.”