Defining a New ‘Business As Usual’ in Sci Comm

The past few months have not been easy for the science journalism world. Revelations of sexual harassment have resulted in... 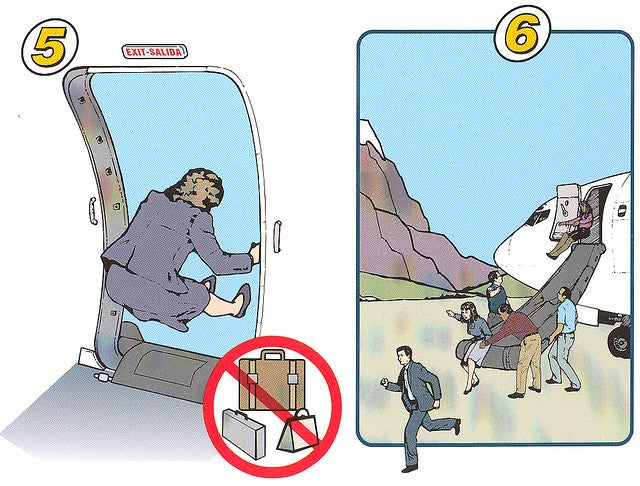 The past few months have not been easy for the science journalism world. Revelations of sexual harassment have resulted in a high-profile editor leaving his job and have spurred many conversations about harassment, privilege, and support in the community. So when the National Association of Science Writers decided to turn an already-scheduled session into a plenary session about women in science journalism, the room was packed. The panelists discussed everything from well known professional issues such as the huge gap in how many awards are given to women compared with men, to lesser-discussed topics like the day to day harassment that most women experience.

In the weeks following the panel, there has been a lot of good discussion about privilege, power and race. But there has also been a sense of fatigue. People seem to want to go back to the “good old days” when people didn’t have to face the dark reality of everyday harassment every time they logged on to Twitter or Facebook.

In the interest of not returning to our regularly scheduled program of turning a blind eye to harassment and sexism, I caught up with a few of the panelists to talk about what they’d like to see happen next. Here’s what they told me:

1. Readiness to fight the daily battle

We are entering a trickier stage than what our sisters before us had to put up with. Not harder — to be clear, I’m not comparing. But a stage that will require women to stand up and say “Actually, you cannot compliment me that way because even if your intentions are good, it makes me feel uncomfortable.” And it will require men to say, “Okay, I will not do that anymore,” and to follow through with supporting actions. This next battle against sexual harassment is so much finer-grained. Some women who were part of the earlier battles may hear our complaints and think, “You’re getting jobs, you’re able to do things that I could never do, so what’s the big deal about a man saying you look nice.” But speaking up is part of getting to the end of all this. We’ve conquered a lot of the blatant sexual harassment, but if we don’t conquer the subtler versions, it can become a problem. That is going to require daily bravery rather than occasional court cases. –Kathleen Raven

As a parent, I feel like it’s my responsibility to raise my children to be responsible about these issues. We have to learn how to raise our sons to be better men and teach our daughters how to be assertive and confident and avoid the barrage of media cues that they get about their looks being the most important thing about them. Yes, it’s something we confront as professionals, but it also gets at how we raise the next generation. As a parent, I find that particularly motivating and incredibly important. –Florence Williams

Writing is one profession where your talent is out there. It’s not like in other jobs where no one knows what you’re doing. Your work is public and can be judged by your peers. But you can’t get your work out there if you aren’t given the assignments that allow your voice and your talent to be seen. There’s a lot of coddling and support and mentoring and that goes to men who crack the inner circles. It’s really hard to get a big feature at these magazines and they tend to go to the same group of guys. It’s not that they’re more talented. Lots of people have the talent; it’s just that some get the extra opportunities to develop it. Women deserve a chance too.

It will take some deliberate effort for magazines to reach out and become more inclusive, especially if they’ve created an atmosphere where women don’t feel welcome. Sometimes editors say, “oh women aren’t pitching us.” In some cases, they’re not pitching you because you’ve created a hostile place. Moving forward will require an awareness about the issue. If your publication doesn’t have women in the feature well and isn’t writing about anyone but men, chances are you have become an insular place. Reach out and find some new voices. Not just women, but people who didn’t go to your prep school, people who look different than you. –Christie Aschwanden

I have an analogy. Take Delta airlines: Like everybody else, they have the safety video that everybody used to ignore because it was so boring and awful. The flight attendants stood there and showed you where to find the seat belt. But then Delta revamped the video. The company inserted humor and real life situations and real people into this safety video that they show upon takeoff and it’s fascinating. I actually watch it. I watch it pretty much every time. That made me think about the sexual harassment training. It can no longer be this boring video that we watch on our first day of orientation. Companies with training need to show sexual harassment videos that were not made in the 1980s. Videos and training need to show real life examples of sexual harassment. We need an update in policy that makes sexual harassment examples clearer and compelling. –Kathleen Raven

I think we also need to include a diversity component to this conversation. We were just a bunch of white women on that panel, and that’s not right. Diversity issues are also really important. Sometimes they overlap with the harassment issues and sometimes they don’t, but they do raise issues of equitability and access. And we want to include more people in the next level of discussion. –Florence Williams

Changing the status quo will take people in power saying, “No, we won’t tolerate this behavior.” We need to stop brushing aside harassment and gender bias and start calling it out when we see it. Someone at our panel stood up and said that he was no longer going to remain silent when students complained to him that they’d been harassed. That’s exactly what needs to happen if we’re going to solve this problem, and I commend his pledge. But at the same time, I was shocked to hear that upstanding men like him had previously felt it was okay to look the other way. His comment was a sign of progress, but also a marker of how far we still have to go. A well-respected man once made a horrible comment to me in front of two other men, who brushed it off. Their behavior said that it was okay to treat me like that. Perhaps it was easier to let it go than to call out a friend. But every time this happens, it reinforces the status quo. It says it’s okay to make a woman feel uncomfortable, just don’t do that to a bro. It’s time to change the culture of our community, and that change can only come from within. -Christie Aschwanden

7. The continuation of this conversation

I think there’s a sense that it would be great to devote some more time and resources to more discussions. So we’d like to try to get funding for a meeting just on this topic. It would include things such as bringing in an expert to talk about ways to both prevent harassment, what is it and how do you train people, and also how do you respond to it and how do you react to it. Another thing that I’ve been encouraging is looking at mentoring programs for more experienced women to help with younger women navigate these new professional worlds they find themselves in. I’d also like have some sort of forum or committee so we can hear grievances or recommend actions, or just be a listening board. Because it can be a very sort of isolating and lonely experience for a woman to feel like she’s being harassed. Especially if it’s a freelancer who doesn’t have the benefit of an institution or official human resources office backing her up. So it would be great to have a listening committee that could help women understand what their options are. –Florence Williams