How much can Olympic uniforms help or hurt an athlete?

The right tech can make you literally dressed for success. 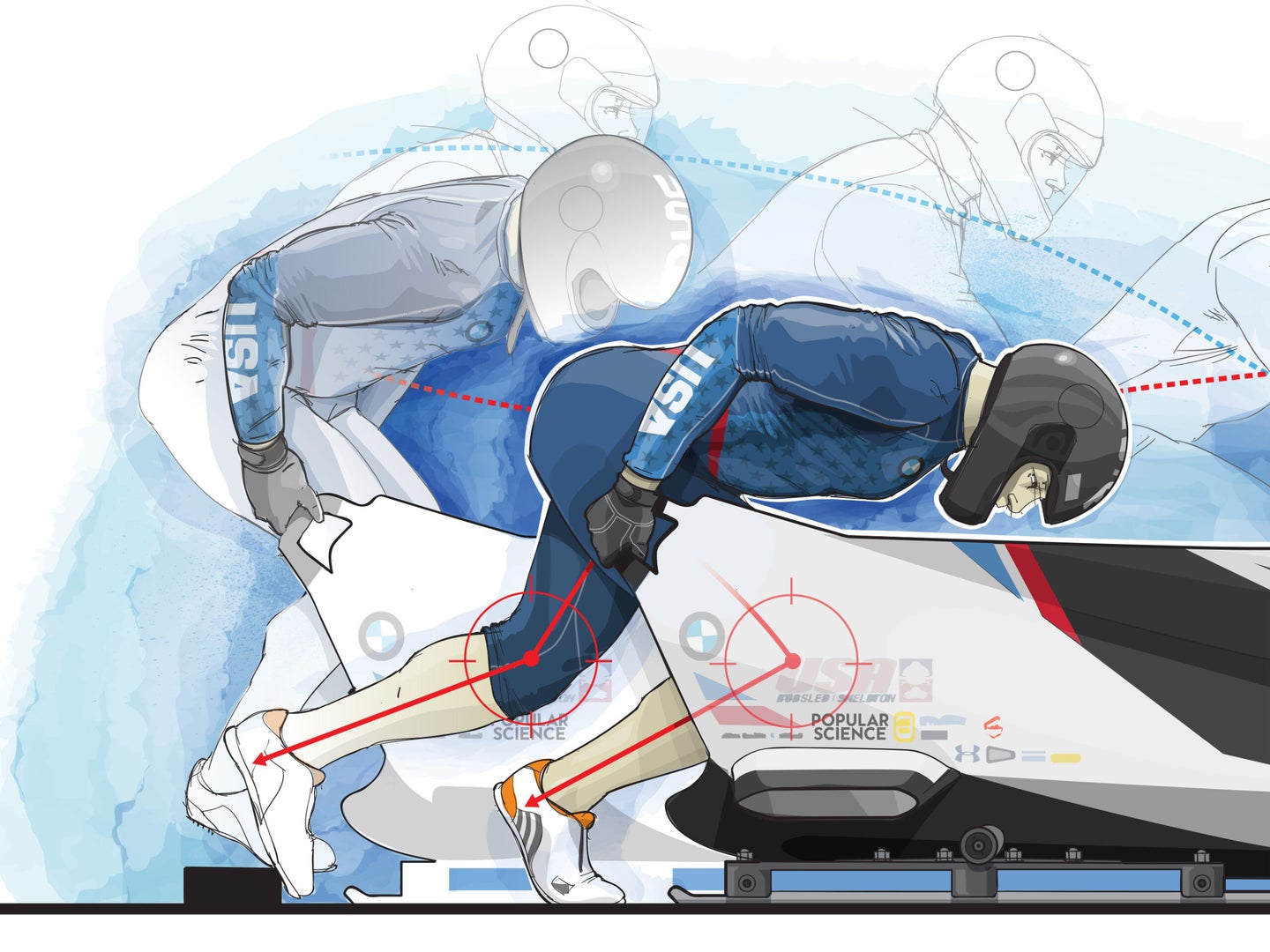 When it comes to Olympic uniforms, it’s about more than just looking good. Just like the athletes that wear them, the apparel needs to perform at top speeds as well. At the Olympic level, seconds or even tenth of a seconds can make the difference between a gold and silver medal, or even no medal at all. And clothing can certainly help athletes shed—or add—those precarious seconds.

The line between advantageous and borderline-cheating can be a difficult one to tread, however, because it requires that the new gear cuts down on performance-killing forces like friction or drag, without creating an unfair advantage.

An all-too-perfect example is Speedo’s whole-body polyurethane swimsuits that the company debuted back in 2008, known as the LZR racer. The suit’s designers replaced woven fabric with polyurethane membranes which decreased drag by 24 percent compared to other suits. And instead of stitching, the new suit used ultrasonic welding so that seems didn’t add to the drag. Acore stabilizer ensured the swimmer maintained proper form throughout the race and a very thin layer of foam with tiny pockets of air inside, made the athlete more buoyant(which, as of course, also reduces drag since less of the athlete’s body is dragging underwater.)

The sum total of these innovations was a swimsuit that made athlete go faster. So what was the problem? They were too good. When they debuted at the 2008 Beijing Olympics, 98 percent of all swimming medals and 94 percent of all races won were done so by athletes wearing the LZR racer. Athletes can choose what gear they want to wear, as long as its legal according to the sports’ official rules. In some sports, a team will work with one clothing or sporting company to create the suits for their entire team. World records continued to drop that year and in 2009 the International Swimming Federation banned the suit on the grounds that it created an unfair advantage for the athletes that wore them and were in essence, “technology doping.”

Determining whether a piece of clothing is “too good” isn’t easy. In the case of the LZR racer, officials concluded that it provided too much of an advantage, such that a person who isn’t well-trained can wear this suit and perform extremely well. The decision-making has less to do with whether or not everyone has access to the new gear, and more to do with how much it helps: Does it do the job for the athlete, or does it help the athlete reach their goals?

In distance running, Nike’s new Zoom Vaporfly 4 percent shoes are engineered with new midsoles (that piece of foam squished between the insole and the bottom of the shoe). The proprietary foam returns more energy to the runner with every stride, requiring less effort by the athlete on each footstrike. This little bit of help adds up over a long race and could help enable elite marathon runners to break the two hours marathon barrier. We’ve come close (2:00:25, with pacers on a perfect course, unlike a real race), but as Olympians will attest, there’s close and then there’s winning. These shoes, as of now, are allowed in elite racing, including the Olympics. The differences between this shoe’s advantage and the LZR racer are debatable.

In the winter games, many events like bobsledding, luge, and speed skating rely on moving as fast as possible across the ice, and factors like wind resistance (drag) and friction can play a big role. For this year’s Winter Olympic Games in Pyeongchang, designers had to balance the need to protect athletes from the frigid cold (Pyeongchang is particularly cold), along with, as always, creating gear that performed (albeit fairly).

The bobsledding teams’ suits, designed by Under Armour, contain a new fabric called ColdGear Infrared that’s meant to retain body heat longer than other fabrics. But the suits also have another fabric fitted on the outer layer of the shoulders, arms, and backs. This fabric, known as H1, is made of a blend of materials, including nylon and spandex, and has a thin, but noticeable sandpaper-like layer on top. The nylon and spandex mix combined with the rough surface, which is also used by US speed skaters, reduces drag caused by wind resistance. The rough top layer helps to evenly distribute the air across the clothing’s surface, such that there aren’t pockets of air; this allows the tightly wrapped clothing to stick even tighter to the body. The combo of the two create superior elimination of drag. Any loosely hanging clothing creates drag, a dreaded force working against you; in a bobsled race, which is typically won by fractions of a second, eliminating drag is vital.

While some athletes are attempting to completely reduce drag by making them as thin and tight as possible, others are deliberately adding air to the suits as a form of protection. Olympic skiers, especially ones that do terrifying (yet amazing) downhill tricks, will wear suits that come equipped with a literal air bag inside, that deploys in 45 milliseconds during a crash. Originally made for motorcycles by Italian company Dainese, these suits use a technology called D-air, which includes seven motion sensors throughout the suit which sense when the force is great enough to indicate an impact, and deploy when necessary. It’s similar to the way airbags work in a car.

When it comes to gear in the Olympics, it’s a delicate balance between creating a suit that will perform well ( and fairly!) and at the same time ensure the athlete’s safety. Without technology, the Olympics would absolutely not be at the level where it is today, but technology isn’t the focus. The Olympics have always been and should remain a test of raw human power and potential—let’s keep it that way.