How Science Will Make Cows Obsolete

Welcome to the synthetic butcher shop 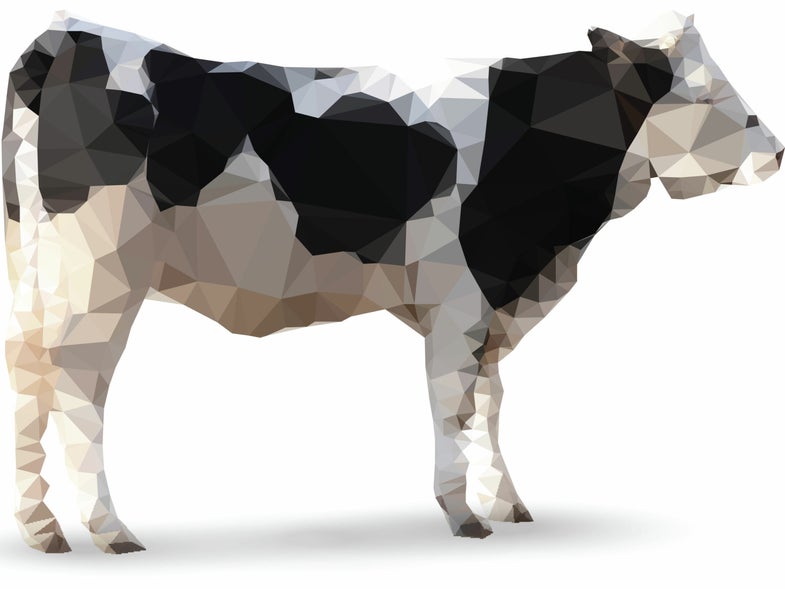 We depend on cows for food, clothing, and sometimes even insulin. Cattle, though, are expensive and inefficient—each cow drinks a bathtub of water and emits three times that volume of methane daily. There are also the ethics of animal slaughter. But we might no longer need the cow.

Scientists are synthesizing the substances we normally get from cows by using bovine cells, yeast, and even bacteria.

To make lab-grown leather, Modern Meadow uses bovine cells to grow sheets of collagen, which are then tanned and cut into leather goods, such as jackets. A bonus: Workers don’t have to deal with the hair or subcutaneous fat that comes with animal skin.

Biologists in Sweden are engineering cartilage tissue for human joints using cells from cow knees. Cartilage is tricky—it has to bend and stretch, but it regenerates slowly. “If we can make the process work with bovine cells, we can one day do the same with human cells,” says team member Janne Ylärinne.

Muufri, a bioengineering startup, makes milk that’s more dairylike than almond or soy. The company adds 3D-printed cow DNA into yeast cells, then harvests the milk protein it produces—like making penicillin or beer. Adding calcium and potassium, the mixture emulsifies and gives it the same nutritional and textural qualities as milk.

Cow insulin moderates diabetics’ blood-sugar levels but can cause allergic reactions, and synthetic analog insulin must be carefully dosed. Now, researchers at MIT are synthesizing a new form of insulin that stays in the blood and activates only when sugar levels are too high.

This article was originally published in the May/June 2016 issue of Popular Science, under the title “The Synthetic Butcher Shop.”