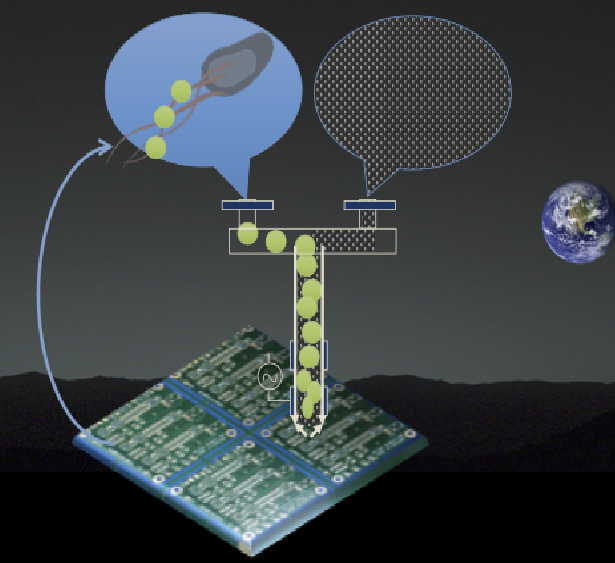 If your cell phone or computer stops working, you can repair a circuit or replace a chip. You know where you can’t do that so easily? In space.

As space agencies plan to send humans farther into the great beyond than we’ve ever gone before, they’re hashing out some of the logistical details. Like: what should astronauts do if an electronic device goes haywire? They could bring enough metal to replace whatever breaks, but that would add unnecessary weight to the spacecraft (which means higher costs to launch). So scientists at the Ames Research Center in California are engineering microbes that could break down metallic parts of electronics and then create new ones.

This project was one of 13 to be awarded a $100,000 grant from Phase I of the NASA Innovative Advanced Concepts (NIAC) program, which invests in the development of “transformative” and “pioneering technologies.”

There are a few more things the researchers want to hash out with the grant money. Since most computer chips are made of silicon, the scientists want to develop microbes that can also break down that part of the chip so that the silicon can be reused, too. They also want to see how much infrastructure they’d have to add to a space ship in order to make the microbial recycling possible. For people in space, though, it seems less resource-intensive than having to mine metals from an asteroid.

If the research looks promising at the end of nine months, the researchers might be awarded a Phase II grant of up to $500,000 for another two years of development.