China’s army is showing off its new tanks, stealth fighters, and missiles

It's all part of the PLA's 90th anniversary celebration. 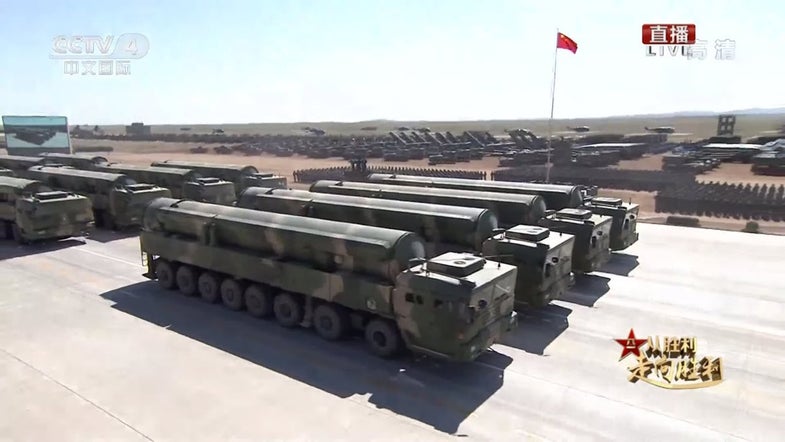 Sixteen DF-31AG ICBMs marched in the parade. China likely has more DF-31AGs in addition to those, thanks to a recent, rapid build-up of Chinese nuclear forces. Xinhua News Agency
SHARE 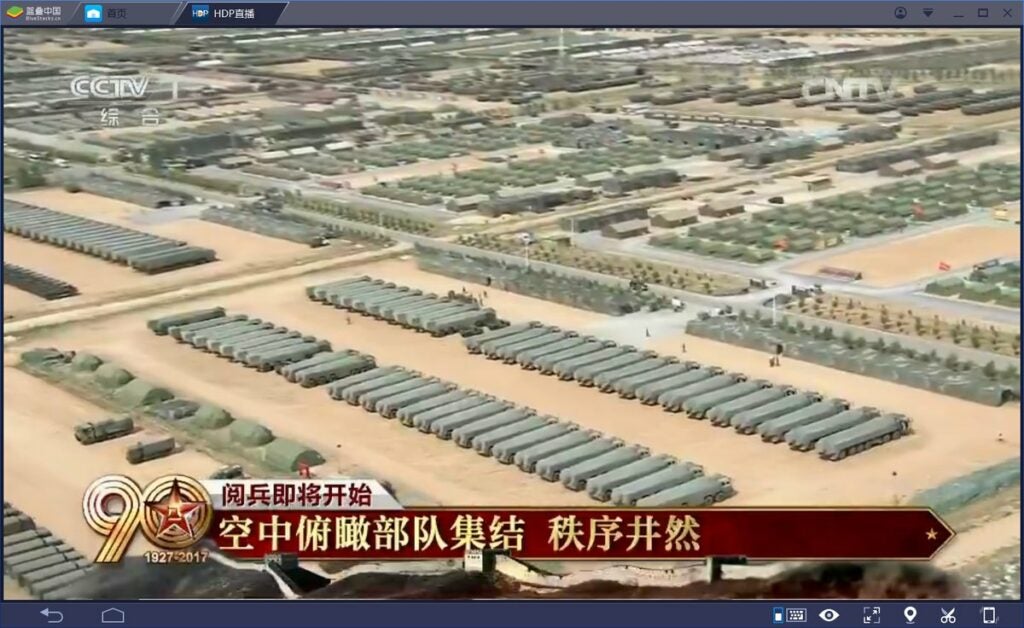 Zhurihe certainly has enough room to hold all the people and equipment for a parade with thousands of soldiers, hundreds of tanks and armored vehicles, and dozens of ICBMs.

As part of the People’s Liberation Army’s 90th anniversary celebration—it was founded on August 1, 1927— President Xi Jinping (in military fatigues) hosted a giant parade at the Zhurihe Training Center. Here, PLA’s most elite forces demonstrated how far China has come in modern warfare. CCTV broadcast the session, which means a domestic and global audience of millions saw the army’s showcase of tanks, stealth fighters, artillery, and ICBMs. 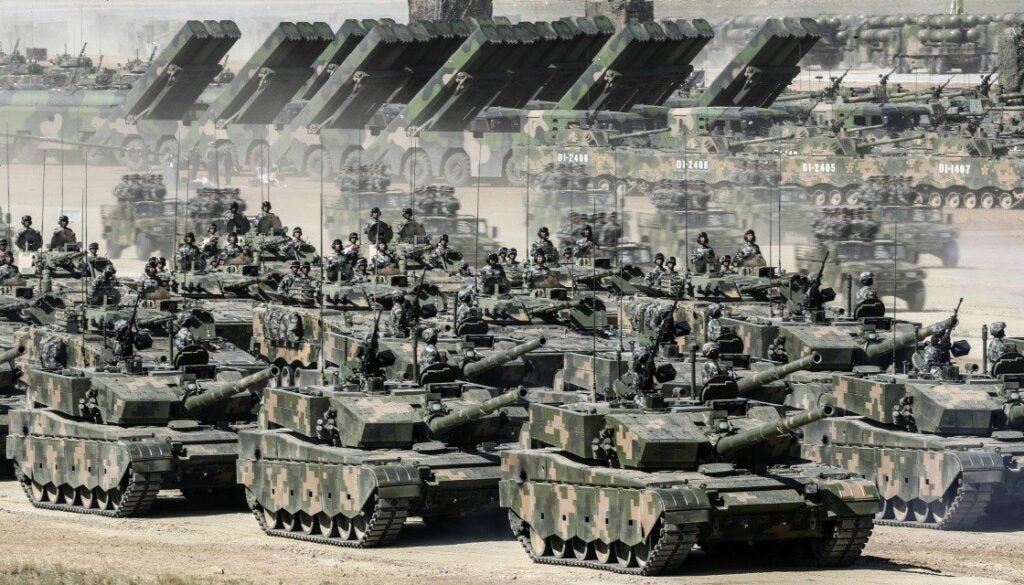 The ZTZ-99A is China’s heaviest and most armored tank, with a weight of 60-plus tons. In the background, you can see the transporter erector launcher (TEL) vehicles for the CJ-10 cruise missiles. 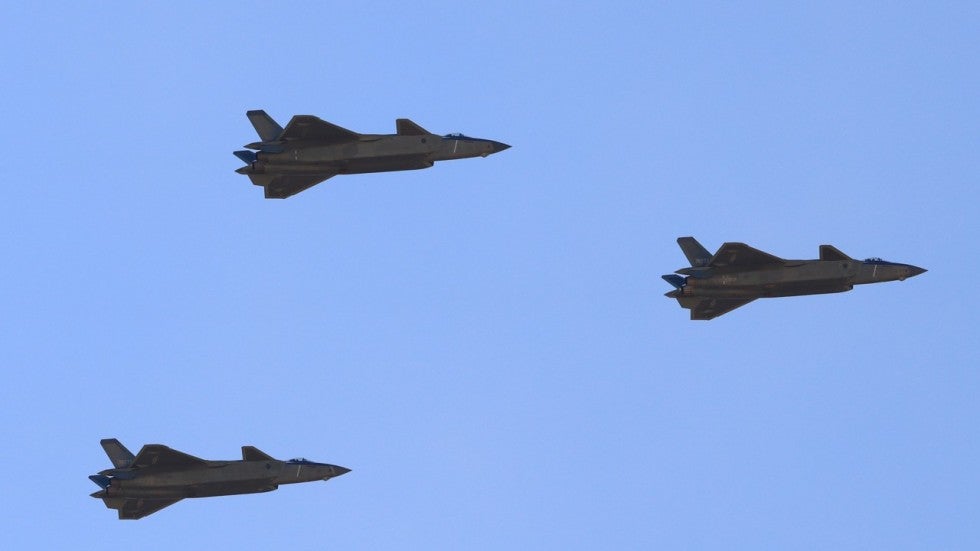 There was plenty of air power, too. A trio of J-20 stealth fighters flew over the parade, followed by Y-20 heavy transport aircraft, KJ-2000 AEW&C aircraft, J-16 strike fighters, J-15 carrier fighters, and J-10B fighters. The latest H-6K bombers, along with H-6U aerial tankers and Y-9 transports, also made an appearance.

Z-10 attack and Z-18 transport helicopters showed up, flying in formations shaped like “90,” as well as the Chinese characters for 8-1 (a reference to August 1), with the Z-18 transports landing to disgorge airmobile infantry. 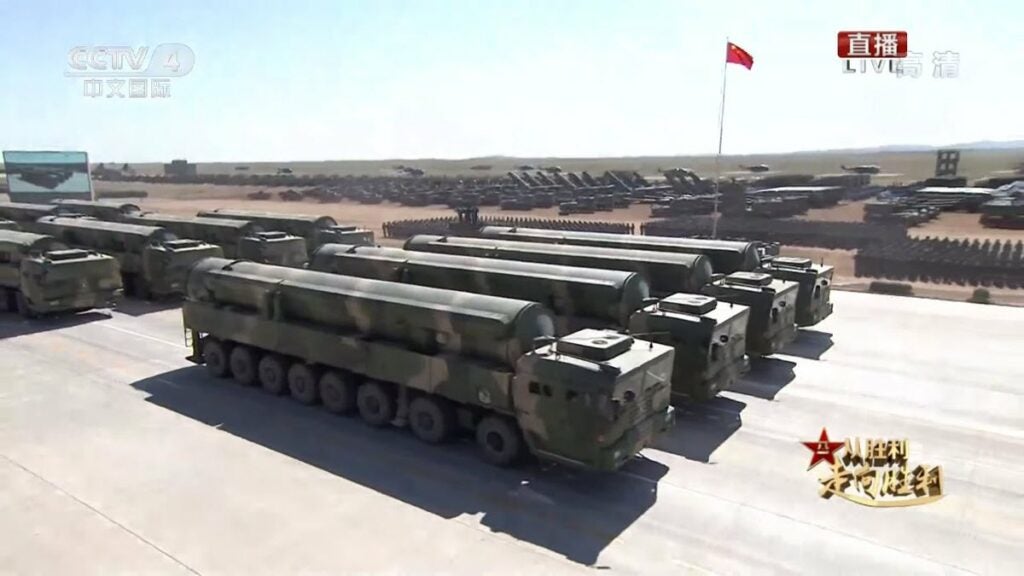 Sixteen DF-31AG ICBMs marched in the parade. China likely has more DF-31AGs in addition to those, thanks to a recent, rapid build-up of Chinese nuclear forces.

The highlight was likely the public debut of not just one, but 16 DF-31AG intercontinental ballistic missiles (ICBMs). The DF-31AG is an improvement over the 7,146-mile-range DF-31A ICBM. It carries a larger, reinforced missile canister likely carrying a more powerful missile with increased range or payload. The DF-31AG also uses an all-terrain 8X8 launch vehicle, enabling it to go off-road, which will make it much harder to find compared to its truck-launched predecessor.

The presence of 16 new ICBMs (there are likely other DF-31AGs not present at the parade), along with several dozen other ICBMs, shows that China’s nuclear global strike capacity is growing in size and capability.

The fact that the parade took place not in Beijing, but in Inner Mongolia, was symbolic. Zhurihe hosts the PLA’s annual Stride exercises. These wargames pit the resident “Blue Team” (a mechanized infantry brigade that uses NATO tactics) against visiting PLA units. These wargames are played in a variety of urban, hill, and open-area locations, often under intensive conditions, including simulated nuclear battlefields.