For astronauts on the ISS, a new robot means fewer risky spacewalks 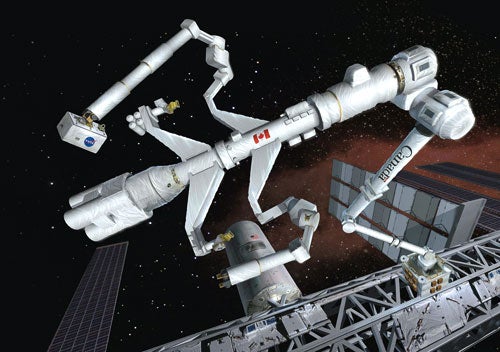 Replacing a circuit breaker in a dark basement is one thing. But what if you had to climb around the outside of a spacecraft orbiting hundreds of miles above the Earth to do it? This kind of dangerous maintenance work has become fairly common for astronauts aboard the International Space Station, where they spend as much time fixing the $100-billion-plus orbiting science lab as they do performing actual research.

Fortunately, help is scheduled to arrive this month in the form of the Special Purpose Dexterous Manipulator, or Dextre, a versatile, $200-million robotic handyman that will perform many of the station’s mundane tasks and reduce the number of death-defying spacewalks.

The two-armed robot, built by the Canadian Space Agency (CSA), is the final component of the station’s Mobile Servicing System. The system includes a base, already installed, that can traverse the length of the station carrying a 55-foot-long robotic arm called Canadarm2. Dextre, which can attach to the end of that arm, consists of a rotating torso and two multijointed limbs that let it approach a job from any angle. Each arm ends with a vice-grip clamper that locks onto handles strategically placed on the outside of the station.

Future tools will expand Dextre’s skill set [see “Dextre’s Toolbox”], but the robot arm may never be capable of assignments that demand on-the-fly problem solving, such as November’s repair to a torn solar array. (Perhaps the most dangerous spacewalk in history, the mission required astronaut Scott Parazynski to lock his feet to the end of a long boom, travel a record-setting distance from the airlock, and jury-rig a patch on solar panels coursing with more than 100 volts of electricity.)

Although Dextre won’t eliminate risky spacewalks, Daniel Rey, the lead CSA engineer on the project, says that it will limit unnecessary risk. “In such a hazardous environment,” he says, “if a robot can do the task, then it should be doing the task.” 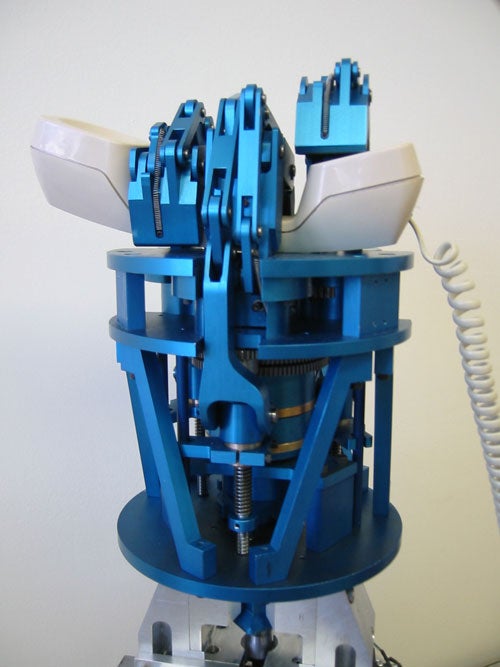 Now, Dextre’s simple gripper attaches to only certain places on the ISS. Sarah, a three-fingered gripper designed by CSA engineers at Laval University in Quebec, will allow it to grab a variety of handles. 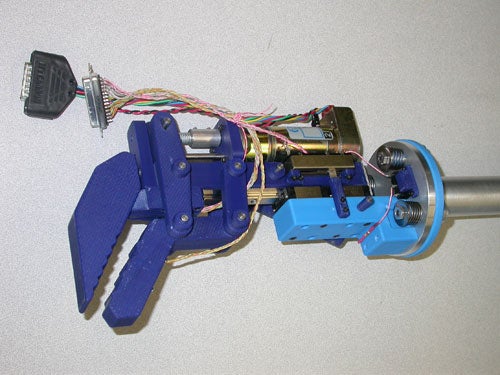 The ISS uses Velcro-attached thermal blankets to keep external components from getting too hot or cold. The Blanket-Manipulation Tool, another Laval project, could help Dextre to replace or adjust them. 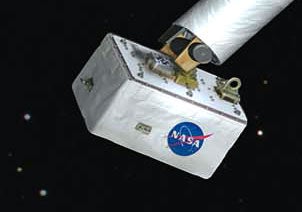 The vice-grip clamper on the end of Dextre’s free arm will lock onto remote power-control modules–which act like circuit breakers–removing old ones and inserting replacements.

Most often, mission control will operate the robot remotely while the astronauts work. Station occupants can also control it using two joysticks and three displays in the U.S. Destiny Laboratory module. 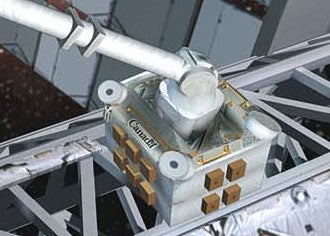 The mobile base travels along the main truss of the ISS, with Canadarm2 and Dextre attached, putting the robot within reach of critical areas of the station. Its cameras offer mission control a better look at big problems, so repairs can be carefully planned.

As Canadarm2 extends, one of Dextre’s arms anchors the robot to the station while the other does the work. Seven elbow-like joints give each arm a tremendous range of motion.
International Space Station
Space