An ambitious aircraft concept combines the speed of a plane, the agility of a helicopter and the efficiency of a hybrid car 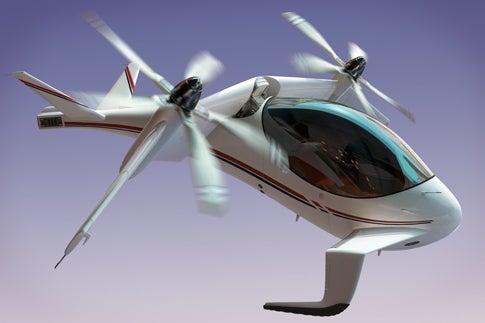 Imagine a car veering off a lonely mountain road and tumbling down the embankment. Minutes later, a sleek aircraft zooms in quietly at 230 miles an hour, tilts its wings and rotors up, hovers, and sets down just feet from the wreck. The pilot and a medic load the injured driver into the aircraft and zip back to a hospital at twice the speed of a conventional helicopter ambulance.

Simon Scott, the owner of Falx Air, an aviation company based in Staffordshire, England, wants to revolutionize not just medevacs but all personal air transportation. A former communications specialist in the British Army’s Air Corps, Scott has been designing Falx Air’s hybrid-electric vertical-takeoff-and-landing (VTOL) craft for the past eight years. He’s currently bench-testing components in the hopes of getting a single-passenger prototype ready to be certified in January by the Civil Aviation Authority, Britain’s equivalent of the FAA.

The key to his design is a hybrid system that doesn’t rely on batteries to do most of the work. The engine powers two generators, which directly feed two electric motors on each wing. A battery pack stores leftover power from the generator but kicks in only to provide a power boost during takeoffs, landings and the transition to forward flying. It needs the huge burst of energy to get extra lift because the rotors on a VTOL have a smaller surface area than those on a traditional helicopter. “If you want to fly your aircraft for two hours, you cannot do that on batteries,” Scott says. “That’s the reason behind having the engine supply electricity continuously.”

The hybrid system keeps the craft small and light, and therefore fast and agile. By eliminating heavy mechanical parts like jet engines and gear boxes, Scott hopes to keep the single-passenger version under 1,000 pounds. And because an engine that only has to power generators can be smaller than one that has to drive rotors, the vehicle uses less fuel too.

Scott is finished with the design; now he just has to find parts that can make it real. Falx Air is testing a 104-horsepower, two-stroke engine, but it isn’t flight-certified yet. And although Scott is looking into lithium-iron-phosphate batteries, similar to one of the battery chemistries being tested for the Chevy Volt [see page 50], his challenge is greater because the aircraft needs a bigger jolt of power than a car does.

Given the state of the technology — and the additional $5 million Scott still needs to build the prototype — Falx’s January timeline seems unlikely. But it’s not the only team trying to build an electric whirlybird. Last fall, officials at NASA’s Ames Research Center looked into the feasibility of producing electric helicopters by using fuel cells or lithium-polymer batteries. Inderjit Chopra, a professor of aerospace engineering at the University of Maryland who led the design study, found that an electric version of a two-man Robinson R-22 helicopter could theoretically fly for only 10 minutes before the batteries ran down.”I would like to see a hybrid helicopter in the next 5 to 10 years,” he says. And tilt-rotors? “They’re a lot further off, because the takeoff energy is so high.” Scott, who has sunk $500,000 of his own money into the project, is confident that his hybrid setup skirts his critics’ concerns. “They can be skeptical,” he says, “and we’ll hover outside their window.” 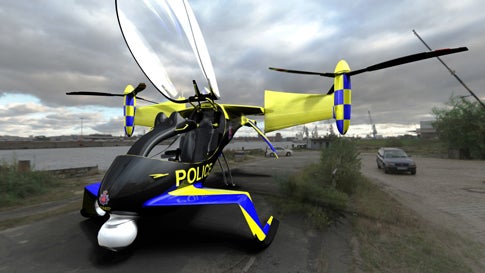 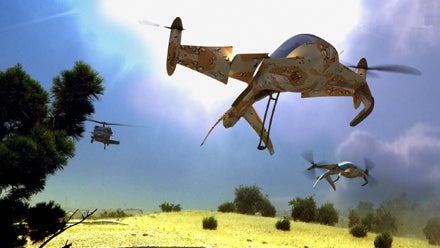 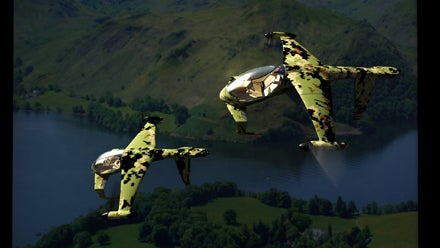 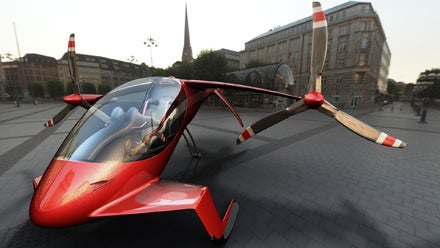