How To Live Long And Prosper 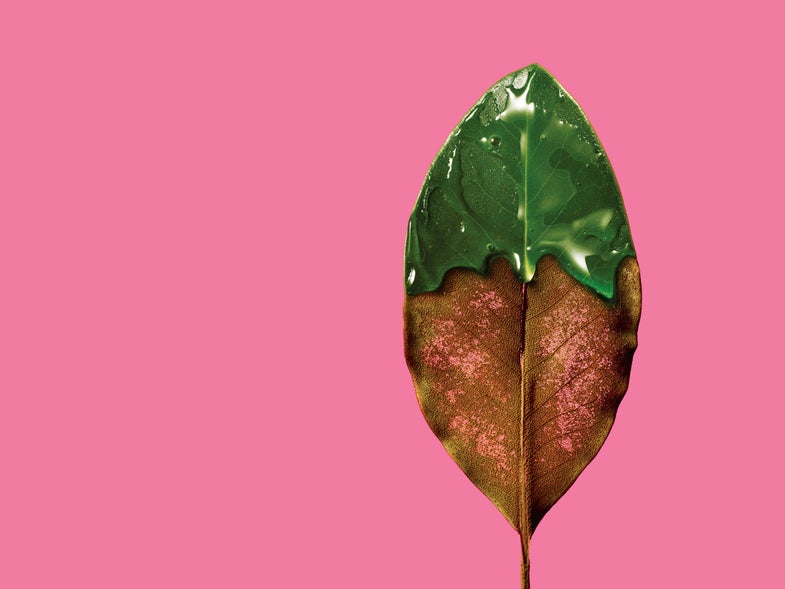 The advice for living longer hasn’t varied much over the years: Eat well, get some sleep and exercise, and cut the stress. Science backs that up. But exactly how much of each matters to an individual person is still unclear.

“In general, these things are good for you,” says Charlotte Peterson, a molecular and cellular biologist at the University of Kentucky, “but some people benefit more than others. If we could understand that too, it would be a big advance in the field.”

But there’s no point in waiting. Here’s what the latest science says and some tools to help you hack your habits.

Science Says: Recent research helps shed light on why certain food staples keep you healthy longer. A 2015 study from the University of Iowa, for example, found there’s something to the old adage about an apple a day keeping the doctor away: Ursolic acid, a compound in apple peels, seems to stave off muscle weakness in elderly mice.

Tech Hack: Apps like MyFitnessPal, Nutrino, and Fooducate can help track meals and provide information on ingredients and calories. Or hack your diet with a supercomputer: The Chef Watson app offers recipes for whatever produce is in your fridge.

Science Says: We now know that chronic sleep deprivation increases risk of age-related diseases such as cancer, diabetes, heart disease, stroke, and hypertension. A 2014 study by researchers at the Federal University of São Paulo in Brazil showed that older adults have a higher chance of experiencing sleep disorders.

Tech Hack: Health trackers from Jawbone and BodyMedia include sleep monitors, which record how many times you wake at night and how much time you spend in deep sleep. Mining that data for patterns can link poor sleep to specific habits.

Science Says: Exercise can decrease your risk of cardiovascular disease, diabetes, and some cancers; it also might help you live longer. So far, scientists don’t know what gives exercise its protective quality. But last year the National Institutes of Health announced a $170 million investment in research that will attempt to find the answer.

Tech Hack: It can be hard to motivate yourself to hit the gym, but the social component of fitness apps can help—particularly if you’re competing with friends or family. A 2015 study from the University of Tampere in Finland found that gamification helps boost and sustain regular exercise.

Science Says: While short-term stress can help you maintain a healthy immune system, chronic stress increases the risk of heart disease, gastrointestinal issues, and diabetes; it also causes wounds to heal more slowly. Research from Ohio State University in 2013 found that people who care for spouses with dementia, a stressful responsibility, might have immune systems that age at an accelerated rate.

Tech Hack: Wearable monitors like the Spire tracker detect signs of stress and can prod you to take a break. The Bluetooth-enabled Muse headset measures electrical activity in the brain and provides real-time feedback as it guides you through meditation sessions.

The Deep End Of The Gene Pool

Clues to longevity might lie in the healthiest longest-lived people among us. Boston University researchers have been studying centenarians—people 100 years of age or older—since the mid-1990s. Their findings suggest that most people have the genetic makeup to live well into their 80s if they take care of their health. Centenarians, on the other hand, have the added bonus of protective genes—so far researchers have counted more than 100

Take Two And Call Me In A Decade

Used to treat diabetes, metformin helps the body metabolize glucose. It might also slow cellular aging and curb age-related illness. A pilot study on its impact on aging in humans, led by researchers at Albert Einstein College of Medicine, is now underway.

To prevent organ rejection, rapamycin has been given to kidney-transplant patients for decades. Recent research suggests the drug affects the same enzyme pathway as caloric restriction and so provides the same benefits to longevity (without having to diet). A trial testing the drug in dogs has begun at the University of Washington.

Discovered last year by scientists from Mayo Clinic and the Scripps Research Institute, senolytics kill senescent cells while having little effect on healthy ones. They have been shown to extend the health span of mice.

Scientists have long known that stitching the circulatory systems of young mice to old mice can improve the health of the latter. Now they have begun to study this effect in humans: In 2015, the company Alkahest began a trial to learn how young blood affects people with Alzheimer’s disease.