How art could help encourage kids to study science

"You gotta Crash and Learn." 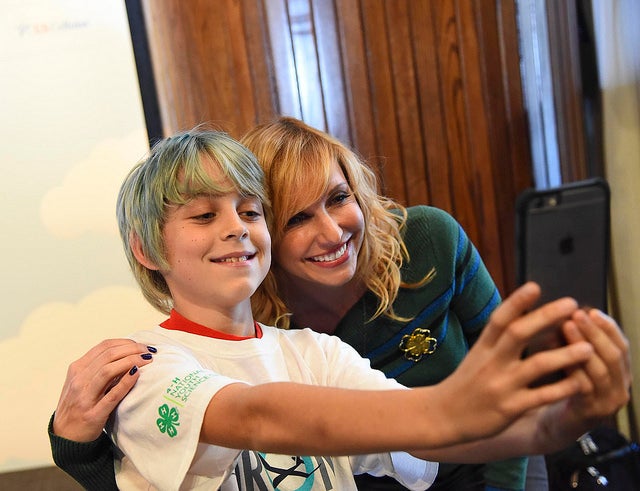 A fan takes a selfie with Kari Byron.
SHARE

Mixing art and science started very early for Kari Byron. “I remember distinctly sitting there with a Cheerio box and a roll of tape, and trying to recreate a human skull, like a little sculpture,” she says, recalling her earliest memory of tinkering with something in her childhood.

That fascination never went away. Byron is most well known for her science-facing roles as a member of the build team on Mythbusters, and her recent role in Netflix’s The White Rabbit Project, but she has been a creator for as long as she can remember. Trained in film and sculpture, but with over a decade of experience diving head-first into wacky televised experiments, Byron also embodies a recent push towards STEAM education.

STEAM includes arts in the traditional STEM cluster of science, technology, engineering and math. The move is controversial to many in both STEM and arts fields for distracting from the primary purposes of each discipline, whether it be the mastery of technical knowledge or divergent thinking and self-expression. Mixing the stereotypically “intuitive” with the “analytical” disciplines challenges conventional knowledge that the people have an aptitude for one or the other. But Byron, influenced from a young age by unconventional figures such as Ada Lovelace, has always believed in the happy marriage of the two. What she thinks is really important is getting kids excited about exploring their curiosity.

We hear a lot about STEM education being a key factor in spurring innovation and driving the national economy. But while the science and technology job market is increasing three times faster than the rest of the economy, U.S. enrollment in STEM undergraduate degrees is lower than in many other industrialized countries. The discrepancy between market demand and labor supply leaves many people worried about our ability to fill those jobs, and continue creating innovative technologies. Obama made STEM a priority under his administration, but limited interest in science, engineering, and technology amongst United States youth remains a concern.

In recent years some educators like the President of the Rhode Island School of Design and Mae Jemison (the first black woman in space) have embraced art under the umbrella of STEM. Pulling from historical examples of artist-scientists like Leonardo da Vinci, and contemporary examples like the beautiful designs of Apple technology, these advocates argue that art and science are deeply related, and we should be teaching them together. Entertainment groups like the Blue Man group and Sesame Street have also found value in bringing the two classically separate fields together. Byron is no exception, being of the perspective that, “Science is a creative field, it’s just more organized.” For her, science and art have always had a shared core of curiosity, creativity, and experimentation.

What Byron emphasizes is how infectiously exciting that core of curiosity can be. “When you take your creativity and you throw your energy into it, it almost works like a drop in a pond, it radiates outward, and creativity begets other creativity.” And in a moment when schools are criticized for not fostering creativity, perhaps the key to getting more students to pursue scientific and technical fields is by focusing on brainstorming and simply building things. Project-based learning at the intersection of STEM and art is a great way to engage kids this way through diving in with a “no wrong answers” attitude.

Byron said, “In my own personal journey, when I started to approach science like art, and get my hands messy, that’s when I started to love it.” After all, what does it matter if it’s called science or art, as long as kids are excited about it and learn something? Projects like building a camera from scratch and taking photographs, and working with 3D printers can fall into both categories comfortably.

Crucial to sustaining that infectious creativity is what Byron calls the ability to “Crash and Learn.” In simple terms, it’s the ability to learn from your mistakes, and it’s something Byron seems to have learned the hard way, “With Mythbusters, that was our daily business. We were given problems that were beyond my general knowledge, so we had to get things wrong over and over and over again.” She recalls a time when she had to build a flying guillotine, “I failed over and over and over and over, but I had so much fun in the mix, trying to come up with the right thing, was all part of the process. I feel like I learned so much about mechanics just from trying to create this gruesome device, that they just stayed with me. That was my class that day. Learning just how to do it.”

Although being able to “Crash and Learn” might seem obvious to those with experience in technical fields, for a lot of students it’s the very hardest thing to learn. The same message about learning to tolerate failure has circulated with under the names grit with educational psychologists, and bravery by the CEO of Girls Who Code. Being able to keep going after you fail is something that’s hard for many people. Byron’s solution? “If you’re excited about it, they’ll be excited about it. You’re the very best role model they can have just by being excited yourself. You don’t have to teach them anything, you just gotta get in there and do it,” she says. In other words, shared excitement can be the silver bullet that gets kids through the tougher moments of failure during experimentation.

Byron believes that whether it’s learning about the chemistry of color in paint, or how to design a social robot to look friendly—STEAM might be exactly the movement schools need to bring students the raw joy of building, experimenting, and discovering science that defies expectations. She hopes that the new approach could help kids “crash and learn” their way to becoming the next generation of scientists. Byron’s latest projects bring together the artistic and scientific—like her most recent work with 4-H and their Incredible Wearables project for National Science Day. That’s where you’ll find Byron working to get kids just as thrilled about building as she was with that first cardboard skull. “When they see you getting excited about art and science,” she says, “it becomes part of their being, and they’re going to take that with them.”